[Guide] Every Final Fantasy Game on the Nintendo Switch 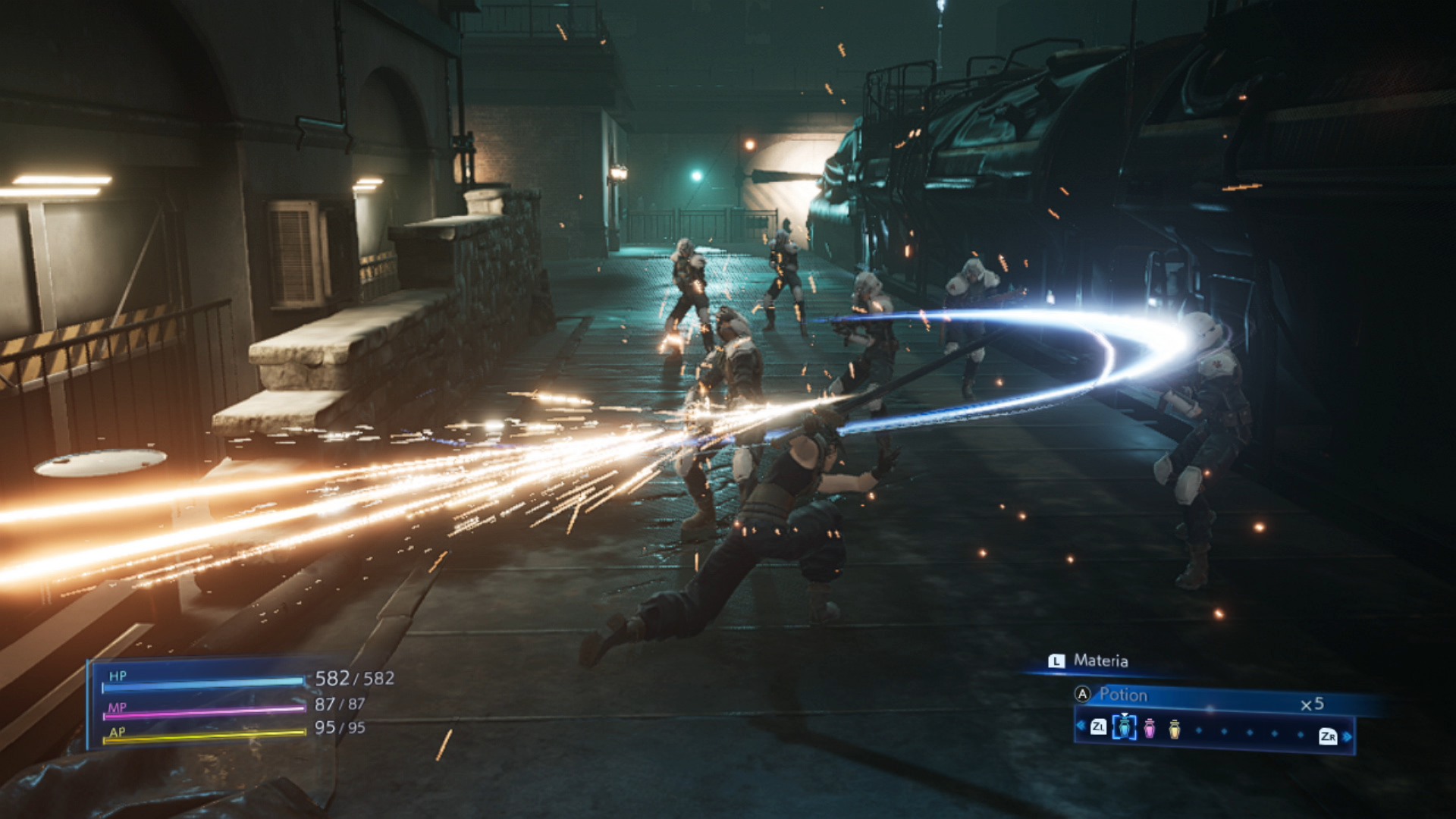 “If everything’s a dream, don’t wake me.”

Story: The Tale of the Chosen King, Savior to the Star. After years of fighting, the nations of Lucis and Niflheim at last agree to an armistice. As a symbol of this promised peace, Noctis, crown prince of Lucis, is to wed the Lady Lunafreya of Tenebrae.

The prince sets forth for his wedding on the eve of the signing ceremony, sent off by his father, King Regis. Unbeknownst to Noctis, however, the journey ahead is fraught with perils…

Originally released in October 2016, WORLD OF FINAL FANTASY is now available on Nintendo Switch™ as the powered-up FINAL FANTASY Maxima! Beloved characters from FF lore (Champions) and a multitude of capturable monsters (Mirages) appear in this fun and exciting adventure. This new and enhanced version of WORLD OF FINAL FANTASY also features the Avatar Change system, which allows the protagonists, Reynn and Lann, to fight as Champions. Fight your way through exhilarating battles as legendary FINAL FANTASY heroes!

Selling over five million copies since its release in 2000, FINAL FANTASY IX proudly returns on Nintendo Switch™! Experience the adventure once again with characters and pre-rendered movies featured in high definition, as well as a new booster system with a selection of various modes such as “high speed” or “no encounters”!

Story: Zidane and the Tantalus Theater Troupe have kidnapped Princess Garnet, the heir of Alexandria. To their surprise, however, the princess herself yearned to escape the castle. Through a series of unusual circumstances, she and her personal guard, Steiner, fall in with Zidane and set out on an incredible journey. Meeting unforgettable characters like Vivi and Quina along the way, they learn about themselves, the secrets of the Crystal, and a malevolent force that threatens to destroy their world.

A new installment of the ever-popular series is here! The classic FINAL FANTASY FABLES: Chocobo’s Dungeon is back with an enhanced gameplay system – to be enjoyed by both first-timers and fans of the series!

Explore the challenges of the never-ending dungeons (“Insatiable Hunger”), befriend monsters with the new buddy system. You adhere to one simple rule, … every time you enter, the world around you changes shape, but it only moves whenever Chocobo moves!

A chocobo is an adventurer’s best friend! – With the new Buddy System, you can take a chocobo buddy with you on your adventure.
Invite Alpha and begin your journey now!

[Ability] Chocobo Drop: Deliver a tail attack against all foes within a 1-tile radius.

The world has fallen under the dominion of the Shinra Electric Power Company, a sinister corporation that has monopolized the planet’s very life force as Mako energy.
In the urban megalopolis of Midgar, an anti-Shinra rebel group calling themselves Avalanche have stepped up their campaign of resistance.

Cloud Strife, a former member of Shinra’s elite SOLDIER unit now turned mercenary, lends his aid to the rebels, unaware that he will be drawn into an epic battle for the fate of the planet, while having to come to terms with his own lost past.

This game is a port of the original FINAL FANTASY VII. The following extra features are included:

Return to the World of Ivalice… This HD remaster is based on the smash hit 12th instalment of the FINAL FANTASY series, which has shipped over 6,100,000 units worldwide, featuring a new, re-worked game design!

Not only have the graphics and sound been updated to take advantage of the power of new hardware, but the core game design has also been tweaked to produce an evolution of the original FFXII fitting for the current generation. Enjoy a classic adventure reborn!

Story: Two years have passed since the war in which the vast and militaristic Arcadian Empire annihilated the kingdom of Dalmasca…
Vaan, a young man who lost his family to the fires of war, lives a stoic existence in the occupied city of Rabanastre, while dreaming of a life of freedom, soaring the skies as a Sky Pirate.
Princess Ashe, the last remaining member of the Dalmascan royal family, vows revenge on the empire, and secretly leads a resistance in the hopes of restoring her homeland.
Brought together in a chaotic age, the hopes and dreams of these two heroes will unite the fates of the people and change the destiny of nations.

Special features of FINAL FANTASY XII THE ZODIAC AGE: The game graphics have been completely remastered using the latest technology. Not only has the game been converted to display in HD resolutions, but the textures and shadowing effects have also been enhanced.
This version features the Zodiac Job System that allows the player to freely grow and develop their characters, picking a unique combination of two jobs from a selection of 12. Great enjoyment can be had from seeing the capabilities and tactical possibilities of your characters change and evolve depending on the combinations chosen.

Numerous additions and improvements have also been made to enhance the playability and accessibility of the game, such as an increase in battle tempo, an optional high speed mode and auto save function. A huge variety of bounty hunts, battles and mini games make for endless adventure.

The game’s BGM has been re-recorded using live performances, with sound quality being further enhanced and 5.1ch sound output supported for the first time ever.
You can even switch freely between the original, re-orchestrated and OST versions of the soundtrack.

It is a time of war. The Republic of Galbadia, under the influence of the sorceress Edea, mobilises its great armies against the other nations of the world.
Squall and other members of SeeD, an elite mercenary force, join hands with Rinoa, a resistance fighter, to fight against Galbadia’s tyrannical rule and to prevent Edea from fulfilling her ultimate goal.

This product is a remaster of FINAL FANTASY VIII, featuring multiple enhancements including additional options to customise your gameplay experience and difficulty, such as:

Start your engines and get set for a new racing experience, featuring a roster of dozens of your favorite Chocobo characters, complete with their own unique abilities and variants. Equip Magicites and take out the competition as you drift through various familiar courses in online and offline multiplayer modes. Compete in tournaments and become the reigning champion of GP!

In addition to all graphics being remastered in HD, fully voiced dialogue and new soundtrack arrangements make for a dynamic new retelling of a beloved classic.

CRISIS CORE –FINAL FANTASY VII– REUNION follows the story of Zack Fair, a young warrior admired by the boy destined to save the world, trusted by men renowned as heroes of legend, and loved by the girl who holds the fate of the planet in her hands. The tale of Zack’s dreams and honor—the legacy that connects him to Cloud—is revealed in full in this grand saga that has broken the limits of an HD remaster.

<CRISIS CORE –FINAL FANTASY VII– REUNION>
In the mako-powered metropolis of Midgar stands the headquarters of Shinra, a powerful company with a formidable private army. Zack Fair is a promising young operative in the Shinra military’s elite unit, SOLDIER. Together with his mentor, SOLDIER 1st Class Angeal, and the SOLDIER hero Sephiroth, Zack begins an investigation into the recent mass disappearance of SOLDIER operatives.

Relevance: Kingdom Hearts is the result of an official crossover between Disney and Final Fantasy

Relevance: Shares the Final Fantasy brand to help with marketing

Relevance: The original Bravely Default game started out as a 3DS sequel to Final Fantasy: The 4 Heroes of Light, only to then be repurposed and become a “new yet related IP”