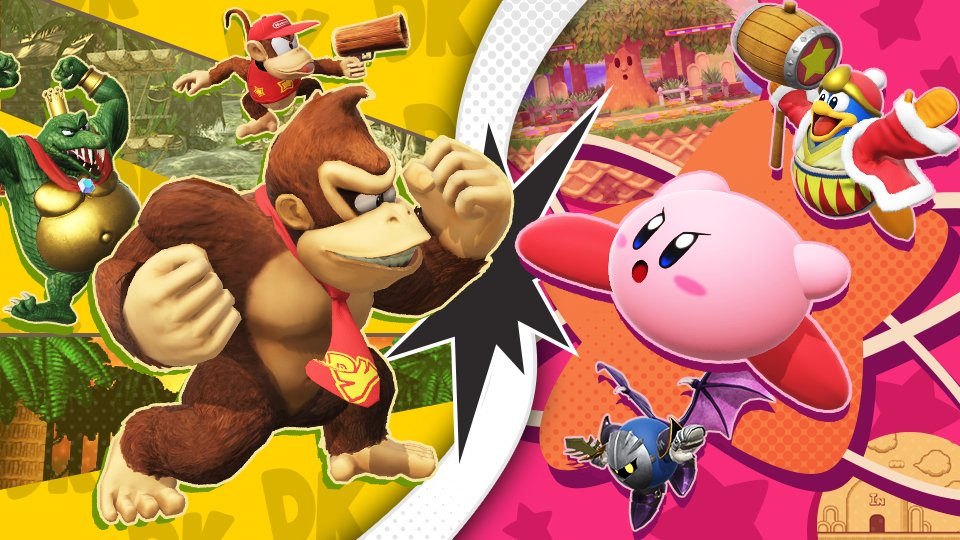 The Nintendo of Europe Official Twitter account has announced that Super Smash Bros. Ultimate will be getting a new event tourney this weekend. The tourney is Series Clash! DK Vs. Kirby! and starts May 1st and will run for 3 days. Players will only be able to choose between 6 characters: Donkey Kong, Diddy Kong, King K. Rool, Kirby, King Dedede, and Meta Knight. The Stages will also be DK or Kirby themed. The better you advance in the Tourney, the better spirit you can win.

The three-day #SmashBrosUltimate event tourney "Series Clash! DK vs Kirby!" starts on 01/05! The tourney features only characters and stages from the #DonkeyKong and #Kirby games. The further you advance, the better the spirit you'll win! pic.twitter.com/iwiI8xeatO