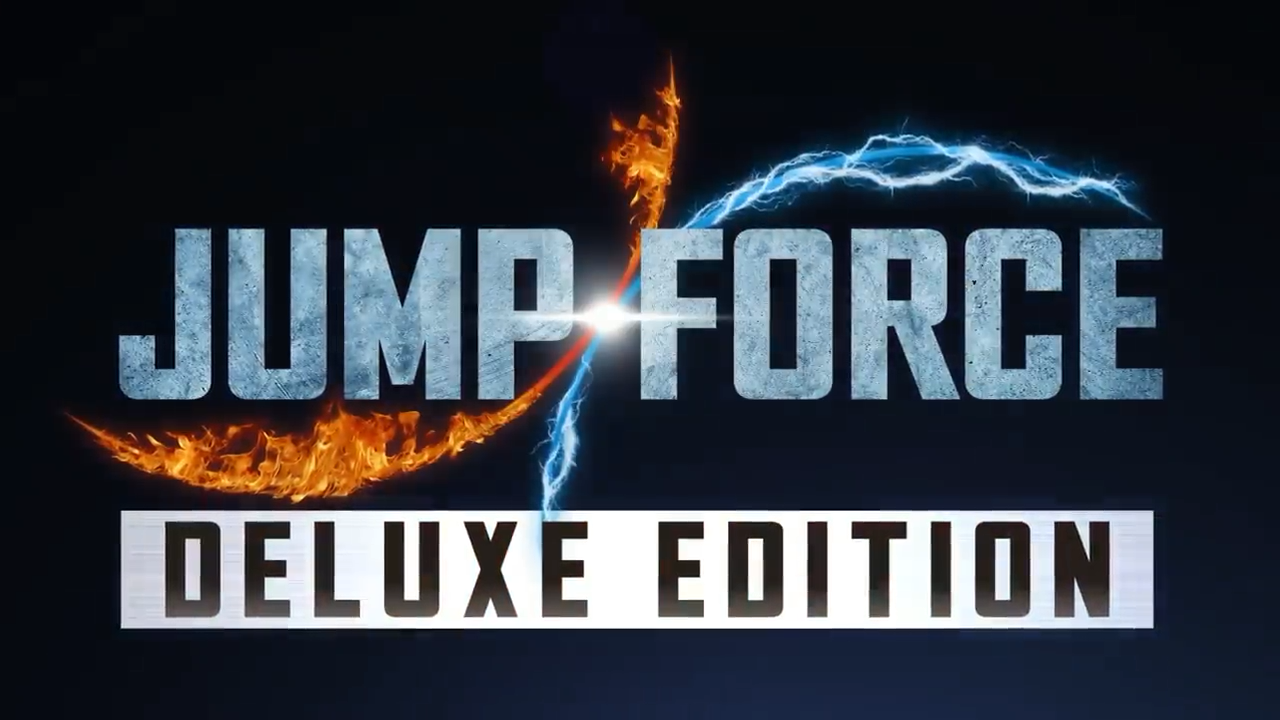 Bandai Namco Entertainment America has announced that their Manga All-Star Fighter game Jump Force is coming to Nintendo Switch. Jump Force Deluxe Edition will include all DLC characters that were released in the Season 1 Characters Pass. It will also have Switch specific features including 3 vs 3 single Joy-Con battles. An exact release date has not been given but is expected to release in 2020. Jump Force Deluxe Edition will cost $49.99 MSRP.

SANTA CLARA, Calif., (April 16, 2020) – Leading video game publisher and developer BANDAI NAMCO Entertainment America Inc. has announced JUMP FORCE Deluxe Edition for the Nintendo Switch console, set to release through the Americas. Take control of mighty heroes and evil villains from popular manga franchises spanning over 50 years of the influential Weekly Shonen Jump magazine, published by Shueisha. Battle with or against characters from DRAGON BALL Z, ONE PIECE, NARUTO, and many other franchises in a knockout brawl for Earth’s survival.

JUMP FORCE Deluxe Edition comes to the Nintendo Switch with a roster of over 50 playable characters hailing from 16 different Weekly Shonen Jump franchises including all previously released DLC characters from the Season 1 Characters Pass. Players can create a team of three using their favorite characters or discover a new favorite series with the breadth of character options available. Players also have the ability to create their own unique avatar to use in both Story and Versus Modes.

Play against friends and foes through both offline and online battles. A new offline 3 vs. 3 mode is exclusive to the Nintendo Switch version of JUMP FORCE Deluxe Edition, allowing for six friends to each control a character and battle it out together. In this mode each player controls a character on their team of three and will enter the fight when their character is tagged into the battle. Strategic thinking and knowing when to tag players in and out of the battle will be key to success.
“The casual pick up and play nature and multiplayer focus of JUMP FORCE Deluxe Edition lends itself perfectly to Nintendo Switch,” said Stephen Akana, Senior Brand Manager for BANDAI NAMCO Entertainment America Inc. “The large roster of players, explosive battles, and new features means limitless fun for players.”

The JUMP FORCE Character Pass 2 has also been announced today for all versions of the game for $17.99. Character Pass 2 will come with five new playable characters, the first being Shoto Todoroki from MY HERO ACADEMIA, and the rest coming from the following manga franchises: YuYu Hakusho, HUNTER X HUNTER, Bleach, and JoJo’s Bizarre Adventure. More information regarding Character Pass 2 will be released at a later date.

Rated “T” for Teen by the ESRB, JUMP FORCE Deluxe Edition will be available for Nintendo Switch with a MSRP of $49.99. JUMP FORCE is now in the Americas for PlayStation®4 computer entertainment system system, Xbox One, and PCs via STEAM®. For more information about JUMP FORCE and other titles from BANDAI NAMCO Entertainment America Inc., please visit; https://www.bandainamcoent.com