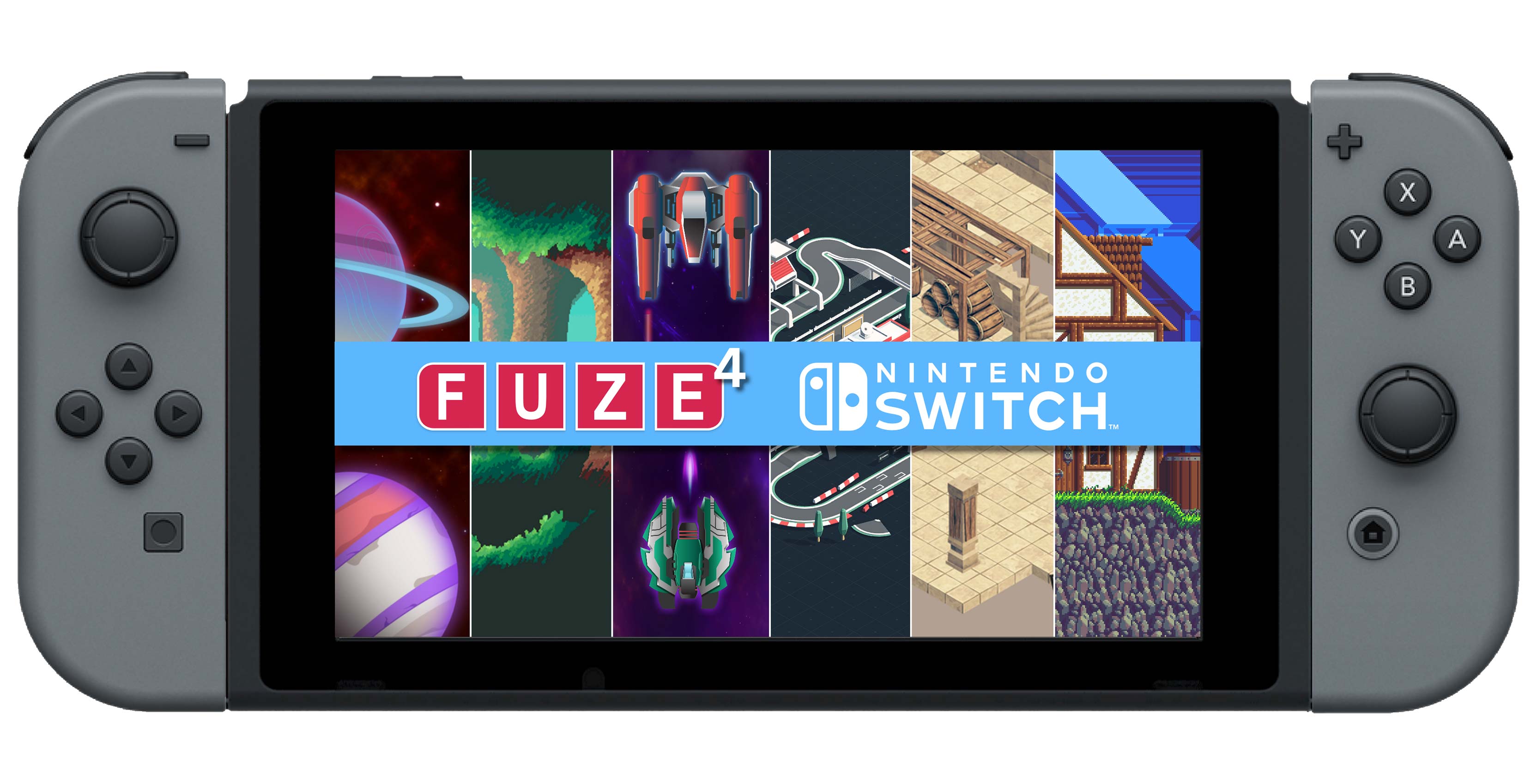 Created by British company FUZE Technologies, FUZE4 is a video game development software designed to teach people how to code and program their own games. It was primarily used as part of coding and programming workshops for schools to teach students from the age of seven upwards, as well as in FUZE coding and gaming clubs.

FUZE4 received the Tech For Teachers Award in 2018 and 2019. The Nintendo Switch version aims to further make this program tool accessible for everyone who is interested in learning how to create and code their own games.

FUZE4 Nintendo Switch is a coding and programming software developed for the Nintendo Switch. It was created to be a development tool that allows the user to create their own video games. Though it is aimed to be used by children and teach them the basics as well as intermediate level programming, adults can use it as well.

FUZE4 Nintendo Switch boasts more than $1000 worth of programming assets including 2D sprites and tiles to full 3D models. It can be quite vexing to start with if you have next to no knowledge of programming. The FUZE4 Team has a series of tutorial videos on its YouTube channel to help anyone who is seriously interested in learning how to use this software.

Being a programming tool, the gameplay is essentially what you make of it. You can create a project from scratch or use any of the demos provided as a template to work from. To get an idea of the particular game you would like to make, you can play any of the demos by selecting them and then at the coding screen, press + to run the demo. They are not by any means full-on game demos but rather tech demos to demonstrate basic control functions and provide some of examples of what you too, can make.

Users can write their code by using, either the in-game keyboard or by using a Nintendo Switch compatible, external keyboard. While the internal one does do a reasonable job of what you need it for, it is not very practical when using the Switch in docked mode. You are restricted to using the Joy-Con or Pro Controller to make inputs and can be a bit long-winded as you move the cursor around the keyboard on-screen. If you do want to take advantage of using the Switch in docked mode so that you have a larger screen, an external keyboard is will certainly be more beneficial to write code with.

FUZE4 Nintendo Switch isn’t just about creating your own games, you can share them with other people and play their creations too. There are loads of assets pre-loaded that you can choose from or you can create your very own assets from scratch. You can save them to your project and can easily use them in any other project that you are creating.

In the Help section, you will find everything you need from reference guides to tutorials on practically everything you will need to know in order to use the program. There is a lot of information to learn here. It is a good place to start if you want to learn the terminology, as well as how each string of code works.

You can access the projects that you saved in the Project menu. The Code menu gives you access to the last program that you accessed. This includes the last demo that you played as well. In the Friends section, you can see the list of friends and any programs that you have shared online.

The audio is very much what you make of it. As with everything else, it all depends on the type of code that you have entered, which includes key notes and tones. There are 16 sound channels in FUZE4 Nintendo Switch that gives you plenty of channels to work with to add background music and sound effects.

Even though the user interface is not the best looking in the world, it still has more color themes than the Nintendo Switch itself has (16 themes to be precise). It is rather simplistic but to be fair, the state of the UI is not a big deal. How the code is presented and how your creations come to existence is where the visuals start to shine. You can be as basic or as creative as you like and that is where FUZE4 Nintendo Switch comes into its own.

The performance is very smooth, as the Switch has no issue running this software. Unless you are really want to push the performance capabilities, you would need to create a truly complex and expansive game. In that case, you are probably a programmer already and wouldn’t be needing to use this software in the first place.

FUZE4 Nintendo Switch is a very comprehensive and educational tool that is further complemented by the versatility of the Nintendo Switch. There is plenty of potential to create your own video games without the need of a computer. I will admit though, that I still lack the skills to make anything worth playable with FUZE4 Nintendo Switch. However, that is due to my own dedication and enthusiasm rather than the capabilities of the software. I am a rather simple fellow that prefers to play games rather than make them.

That said, FUZE4 Nintendo Switch is truly an innovative piece of software that in the right hands, could be encouraging to teach the next wave of brilliant video game programmers. It is a very comprehensive (and a little overwhelming for this old goat) and educational tool that is further complemented by the versatility of the Nintendo Switch. It allows people to create

FUZE4 Nintendo Switch is an incredible piece of programming software that in the right hands can create something truly remarkable. Ideal for those truly wanting to learn how to code and program but will fall flat for those picking it up on a whim. Though at $19.99, it could be worth taking a chance on.