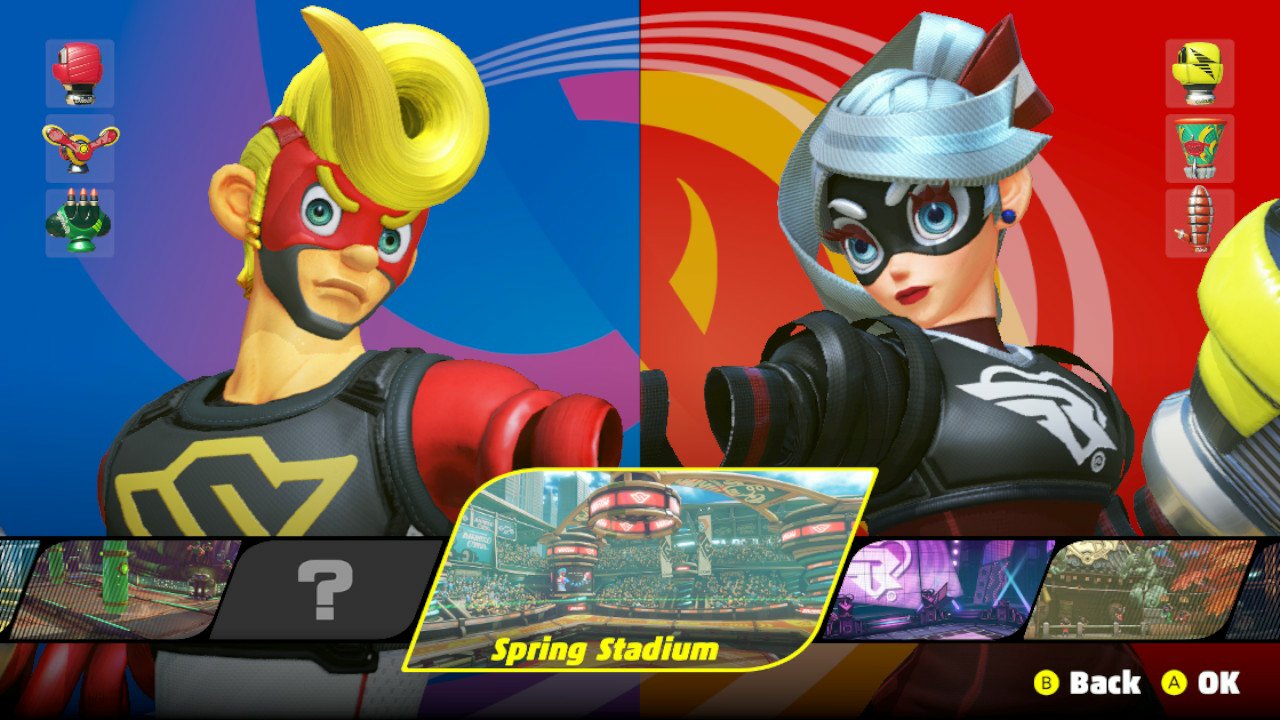 [Guide] How To Change Fighter Outfits In ARMS

Nintendo’s colourful motion-control brawler ARMS is a great game to have fun and spar with friends. Much like many other fighting games, ARMS has different colour palettes or “outfits” for each of its fighters to help players distinguish who is who when playing as the same fighter. However, it isn’t exactly clear how to change the colour palettes in-game. Not to worry though, it is actually quite straightforward and we will tell you how to do it.

What you need to do when selecting your fighter at the fighter selection screen is press down on the left joystick until it clicks. Then, push in either the left, right or down direction and then press A. Depending in which direction you push while you pushed the A button, you will get a different alternate colour for your fighter.

Here are a few other alternate colour palettes: