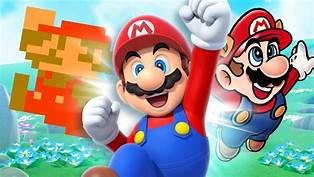 While we always try to refrain from posting rumors, this one certainly has the potential to be true, given previous celebrations in the past for Super Mario’s 25th and 30th anniversaries. According to VGC, a number of their sources have informed them that Nintendo is planning to hold an event around the time of Super Mario’s 35th anniversary.

This year was setting up for something quite special for the mustachioed plumber as with Super Nintendo World planning to open this Summer and Super Mario getting his own range of specially created LEGO toys. There is also the Super Mario Animated Film that is expected to release next year.

Other rumors that have been going around are that we may be seeing remasters of Nintendo’s classic Super Mario Games like Super Mario Galaxy, Super Mario 64 and that there is potentially a new Paper Mario game in the works. Whether or not these are true remains to be seen. We can only wait and see what Nintendo announce in the coming months.

In the image below, we have taken a screenshot of @Nibellion’s Tweet thread with just some of the rumors going around with various confirmations and acknowledgements from bigger media outlets like Eurogamer and Gematsu.