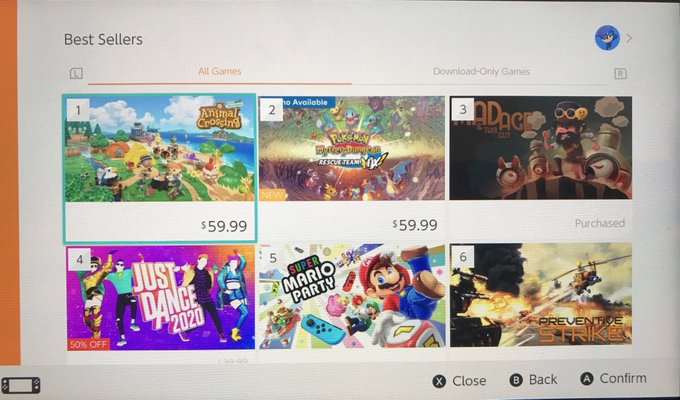 Animal Crossing New Horizons has only been out for less than an hour, but it wasted no time climbing all the way to the top of the Nintendo Switch eshop Best-Sellers list. It is no surprise that Nintendo’s latest IP has garnered so much demand, especially since players have been waiting seven years since New Leaf had released. The surprising part is that Nintendo wasted no time in updating its chart where Animal Crossing is already featured on the top.

Alongside the release of the game comes update 1.1.0 adding various features, among those enabling multiplayer and the NookLink app. Make sure to share with us your Island designs as well as your Friend Codes to invite some friends over.