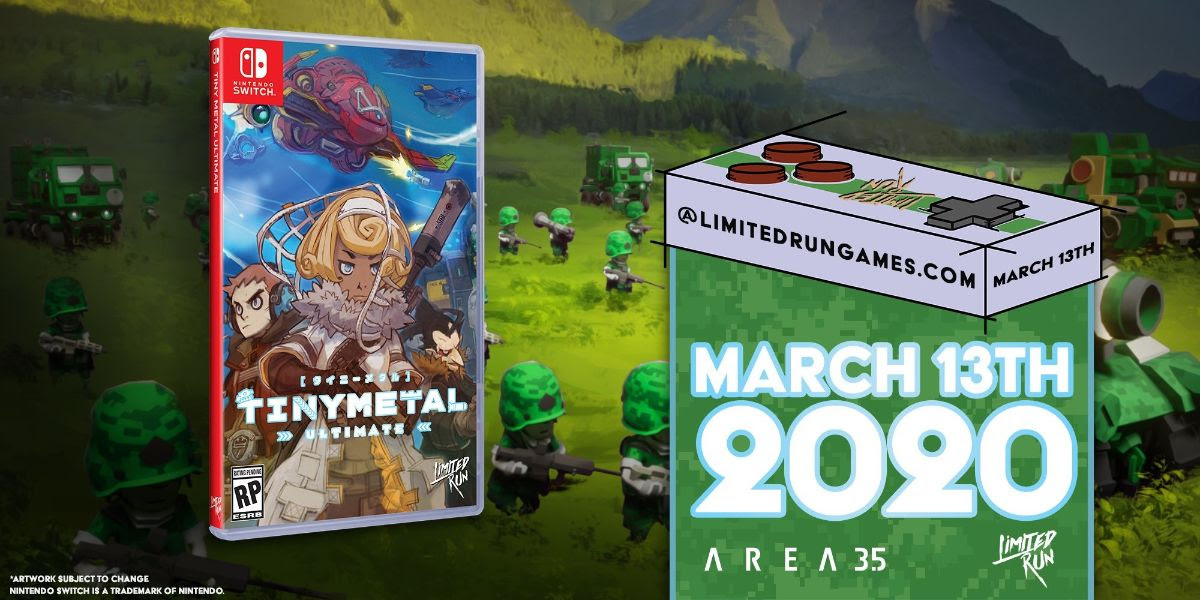 Paid DLC is also on the way and will continue on from the main campaign as Act 8. The DLC is titled Will Of The Shogun and will cost $3.99. The last piece of news is that Area 35 is also teaming up with Limited Run Games to release both Tiny Metal,  Tiny Metal: Full Metal Rumble, Ceaser’s Rescue DLC and Will Of The Shogun DLC into one tidy package known as Tiny Metal: Ultimate. Two editions will be available: Standard and Limited. Both editions will include all content but the Limited Edition will also come with a physical OST on disk.

We have the full official announcement and details below:

Coming to Nintendo Switch and PC
Get ready commanders – we have THREE massive announcements today, all from the world of TINY METAL: FULL METAL RUMBLE, including 2 brand new DLC (one of which features a very good boy!!) and a special team-up with Limited Run Games.

Wargroove’s very own doggy Commander Caesar, bounds and barks his way into the world of TINY METAL: FULL METAL RUMBLE as part of a FREE-to-download campaign DLC, made possible by a special collaboration with UK-based indie developer Chucklefish.

Will of the Shogun DLC continues the TINY METAL: FULL METAL RUMBLE story in the form of Act 8, the next chapter of the main core TINY METAL: FMR campaign.
In addition to a brand new Act, comes Legendary Battles which bring an additional host of Skirmish maps as well as a more challenging ‘Legendary’ difficulty mode.

TINY METAL: FULL METAL RUMBLE – Will of the Shogun will launch on Nintendo Switch via eShop, and PC via Steam for $3.99 USD.

Area 35 has partnered with Limited Run Games to release the original TINY METAL + TINY METAL: Full Metal Rumble + Caesar’s Rescue + Will of the Shogun as a physical release on Nintendo Switch!
TINY METAL: ULTIMATE will be available in both Standard and Limited editions. Whilst the Standard Edition will be bursting at the cart with content – two whole games plus two expansive pieces of DLC – the Limited Edition will also include a physical OST from TINY METAL, TINY METAL: FULL METAL RUMBLE and DLC!
TINY METAL: ULTIMATE for Nintendo Switch via Limited Run will be available to pre-order from March 13 for two weeks via the Limited Run website.