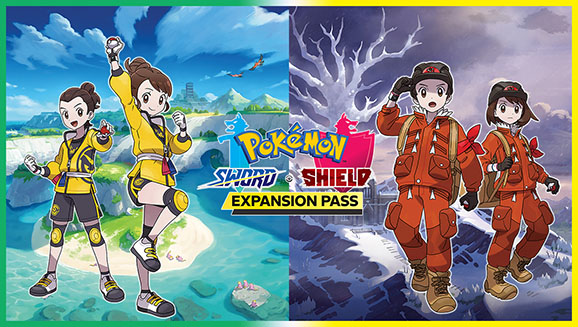 The world of Pokémon will never be the same again.

If you count yourself among the later, more is certainly on its way as an Expansion Pass has been revealed, which adds two new DLC areas for the game, more Pokémon to catch, new Gigantamax forms to encounter, including those for the final evos of the Gen 8 starters, there are Galarian forms of Articuno, Zapdos and Moltres and a whole lot more.

A summary of the reveals can be seen below, accompanied by a video:

Next, you’ll soon have even more places to visit and Pokémon to discover in Pokémon Sword or Pokémon Shield with the upcoming Expansion Pass. Previously, GAME FREAK has developed additional, separate titles set in the same region as earlier games, such as they did with Pokémon Ultra Sun, Pokémon Ultra Moon, and Pokémon Platinum Version. But with the Expansion Pass, you can set out on new adventures in the familiar Galar region using your Pokémon Sword or Pokémon Shield save data and Pokémon teams.

The Isle of Armor is a beautiful locale with varied habitats, such as beaches, forests, and caves. You’ll meet a new mentor named Mustard, a former Champion himself. Plus, you can discover the Legendary Pokémon Kubfu, a Fighting-type Pokémon that can evolve into the powerful Urshifu.

The Crown Tundra is a wintry area just waiting to be explored. You can travel the frigid fields and encounter amazing Pokémon in Pokémon Dens. Plus, you’ll discover the Legendary Pokémon Calyrex, a graceful Pokémon that was once said to rule over parts of Galar.

Finally, for Trainers already exploring in Pokémon Sword and Pokémon Shield, head out and take on Max Raid Battles in the Wild Area to encounter more Gigantamax Pokémon, including Lapras, Coalossal, Flapple, and Appletun! Plus, a game update going live today will let you find Galarian Slowpoke, who’s wandered in from the Isle of Armor. It can evolve into Galarian Slowbro with an item found only on the Isle of Armor—or into Galarian Slowking with an item found exclusively in the Crown Tundra.

Additional information regarding the DLC packs can be found here:

There are also plenty of Pokémon that make this island their home, living freely amid the lush natural surroundings.,There’s even a dojo here that specializes in some very particular training styles! You and your Pokémon will take up an apprenticeship under the master of this dojo and train hard to become even stronger.

THE CROWN TUNDRA (Scheduled for release during the fall of 2020)

The Crown Tundra expansion is set in the snow-swept realm of The Crown Tundra. See for yourself the beautiful scenery of this shining, silvery landscape! In this frigid area, with its jagged winter mountains, people live in small communities where they support and rely on one another.

A certain person will appoint you as the leader of their exploration team in The Crown Tundra. You’ll then be tasked with investigating the reaches of this frozen land. And remember the Pokémon Dens that you’ve only been able to glimpse during Max Raid Battles? Well, now you’ll be able to explore their full depths!