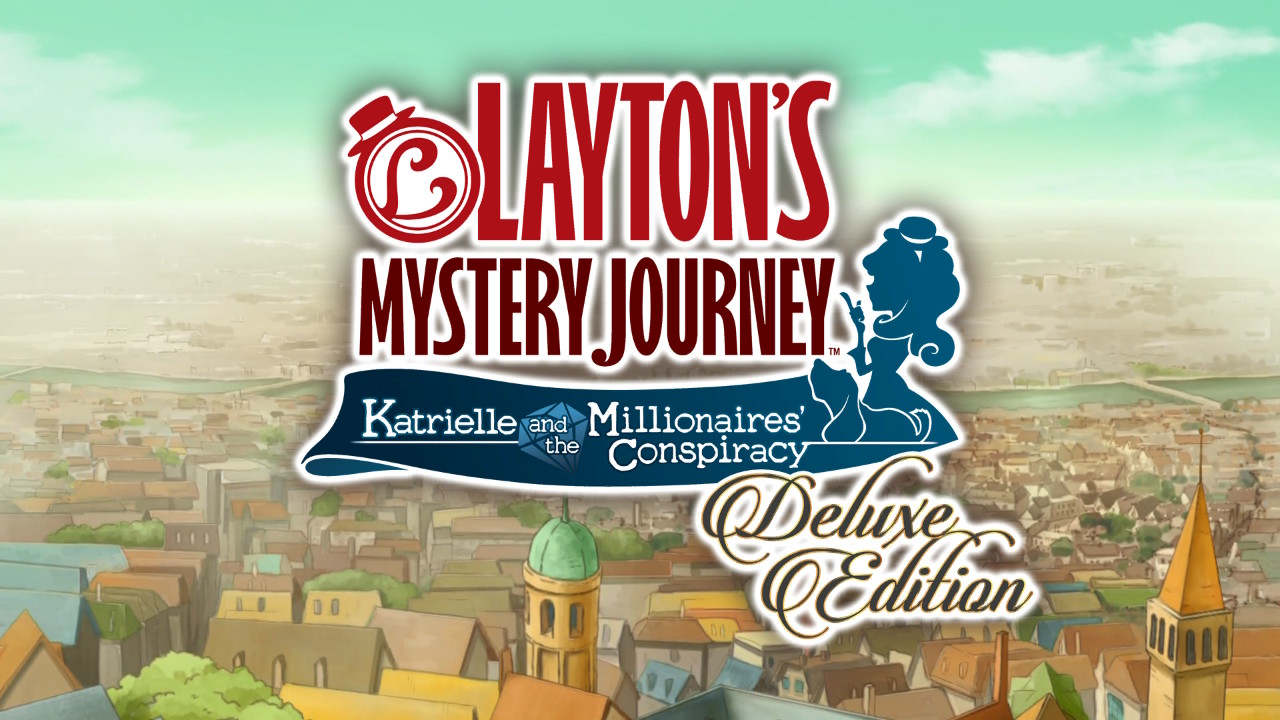 “Puzzles are meant for solving!” is the motto Level-5 had ever since they created the Layton-series. Starting as Professor Hershel Layton and his trusty apprentice Luke, it’s time to take over as Katherine Layton, the daughter of the famous archeologist to solve some mysteries. Starting on the Nintendo 3DS, Nintendo decided to bring the latest release of the successful franchise over to the Nintendo Switch as a Deluxe Edition.

Join me on the adventure of Layton’s Mystery Journey: Katrielle Layton and the Millionaires’ Conspiracy – Deluxe Edition to find out if it’s worth exploring again on the Nintendo Switch!

Having several titles adding a wholesome game experience, Level-5 seemed to decide that Professor Layton somehow must retire. That does not mean that the series came to an end, though. Serving a niche market by adding puzzles of a rich variety to a point-and-click game with charming characters, it quickly became a huge hit and continued to be successful from the Nintendo DS over to the Nintendo 3DS era since the first game saw the light of the world in 2008.

The Professor Layton franchise went on until 2014. I’d like to say that the development team decided to go on a “creative pause” then, when they finally came back in 2017 with a new approach with the familiar family surname. Layton’s Mystery Journey: Katrielle Layton and the Millionaires’ Conspiracy picked up the old concept but made some slight changes along the way.

Not only the protagonist along the other cast is different, but the overarching plot also changed, too. From having one big story covering the whole game, not stepping into the same profession as her father, Katrielle opens her own office to solve crimes as a detective. She takes on little cases at a time – Phoenix Wright style. Maybe the spin-off with Hershel Layton lead to that approach? Who knows! It’s a refreshing way to adapt to the job of Layton’s daughter and makes it even more convenient to play it on the go on the Nintendo Switch.

You never experienced or ever had heard of the name Layton and its universe? Do not fret, playing this title won’t do much harm if you do not know much or anything about the previous storylines. The game starts with Katrielle awaking from her nightmare chasing after her father, currently missing. That shall be the only unfortunate event for now since she is opening her own detective agency.

All of a sudden on her first day, she got company – by a very unusual client. A talking dog (later named Sherl by our protagonist) asks for her aid in retrieving his lost memory. Katrielle isn’t too surprised to see (and hear!) a talking dog and neither is her assistant, Ernest Greeves. The interest of the duo is more on the unsolved puzzles and mysteries waiting in London. No time to wonder about a dog being able to communicate.

If you are familiar with the Layton series, you might recognize a lot of similarities still. Katrielle and her friends investigate by talking to culprits, victims and passengers in an adorable 3D graphic style.

Puzzles come in various forms and some are required to solve before you are able to progress further in the game. Don’t stress out, though, so-called Picarat can be obtained by searching every screen and tapping on objects. These Picarat serve coins traded for hints that point you in the right direction of the puzzle.

Mini-games are also making a comeback in Layton’s Mystery Journey: Katrielle Layton and the Millionaires’ Conspiracy – Deluxe Edition. You can even get new outfits for our heroine using the in-game currency. Every day, you’ll get a bonus for playing and can exchange it for a new costume for Katrielle – and even Sherl. The mini-games come in various forms, like figuring out what kind of meal course a character would like to get judging by his personal preferences as well as guiding customers through a shop with buying as many items as possible.

The narrative in the game as well as the music (all Layton soundtracks are masterpieces!) are well rounded and fun. Especially Sherl, the dog, made me smirk more than I’d thought with his sarcastic attempts on his environment – lucky for him, not many can understand him, but good for the player that you can. He quickly became my favorite character.

The only annoying thing I found in the dialogues of Layton’s Mystery Journey was the overly extended accent in written form. It might make the character stand out, but it’s just simply annoying in my opinion. A problem I had with the previous titles from time to time as well but luckily, they can easily be avoided or endured because only not too important people have this quirk in the game.

The animation style you enjoy while solving mysteries is outstanding and sometimes made me fret at the same time since some animation cutscenes are so short. They are so good and running well both in handheld and TV mode! Too bad some were over so quickly…! It was always a joy to watch them and woke fond memories of the past titles of the series.

Katrielle and Ernest are a fantastic duo but they, unfortunately, aren’t quite charismatic as Hershel Layton and Luke Triton from the previous games. Which made me kind of sad; because the well-performing title on the Switch is still much fun. Of course, it does not offer a lot for people already owning the title for the Nintendo 3DS.

You will have 40 puzzles more to solve and can – as mentioned previously – purchase over 50 outfits. The DLC outfits from the 3DS version, Luke Lookalike and Daddy’s Girl (making you wear Hershel’s iconic outfit), were included since the beginning as well to exchange for Fashion Farthings.

Enhanced graphics and a redesign of displaying the puzzle’s instructions are also an improvement on the Deluxe edition. But in the end, everything is still not so impressive that it makes you want to double-dip.

Layton’s Mystery Journey: Katrielle Layton & The Millionaires’ Conspiracy on Nintendo Switch is a hard sell if people already own it on 3DS If you aren’t familiar with the whole Layton-universe and want to see if this game is your cup of tea without an overarching story… Go for it! It’s a wonderful, refreshing and easy to pick up game for the Nintendo Switch – not only for puzzle fans!