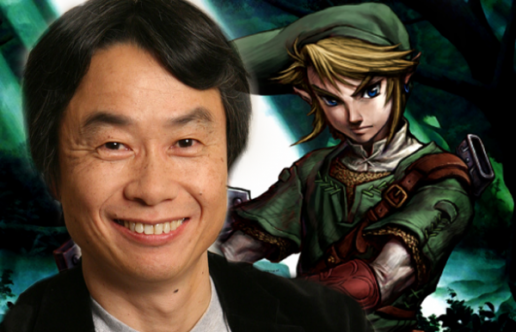 Hey folks, Pokémon Sword and Pokémon Shield have been getting a bad wrap from fans before giving the games’ a chance to defend themselves but let’s look at the more positive side of things for this week. We have Untitled Goose Game and Super Smash Bros. Ultimate winning awards at the Golden Joystick Awards, Shigeru Miyamoto is celebrating his 67th birthday and Junichi Masuda has a special message for Pokémon Fans.

The 37th Golden Joystick Awards has announced that Untitled Goose Game is the winner of its Breakthrough award. The award is reserved for developers, studios or persons in the video game industry that has had a particularly notable year to be revered and remembered. House House managed to beat off the other nominees thanks to the vast popularity of their stealth game Untitled Goose Game.

Honk! The Golden Joystick Breakthrough Award has been stolen by a wily waterfowl! House House, the creator of Untitled Goose Game, is your winner for 2019. Honk! @house_house_ #goldenjoysticks pic.twitter.com/hdwbsXYNP3

It's a knockout! Super Smash Bros. Ultimate is your winner for the Golden Joystick Awards Nintendo Game of the Year. Congratulations @NintendoEurope and @BandaiNamcoUK #goldenjoysticks pic.twitter.com/z00P2WEs26

Though not huge news, we want to take the time to wish Shigeru Miyamoto a very happy 67th birthday on November 16th. He has brought great joy to us with the many games and characters he has created. Last year, we did a special video on our other YouTube Channel using puppets to celebrate the occasion. If you haven’t watch the video before, you can check it out below.

If you are wondering what the 400 odd Pokémon look like in their shiny version then you may be interested in knowing that YouTuber ProsafiaGaming has uploaded a video showing the comparisons between normal Pokémon and their shiny counterparts. You can check out the video below.

With the launch of Pokémon Sword and Pokémon Shield, Pokémon Series producer Junichi Masuda shared a special message on the official Pokémon Twitter account. He hopes that everyone who picks up the games will enjoy themselves whilst exploring the Galar region. You can check out the video below.

No one’s more excited to explore the Galar region than @GAMEFREAK_info’s @Junichi_Masuda!

⚔️🛡️ Check out his special launch day message, then go behind the scenes with this exclusive interview: https://t.co/szgpVVm1HL#PokemonSwordShield pic.twitter.com/GK8GKfQCpc