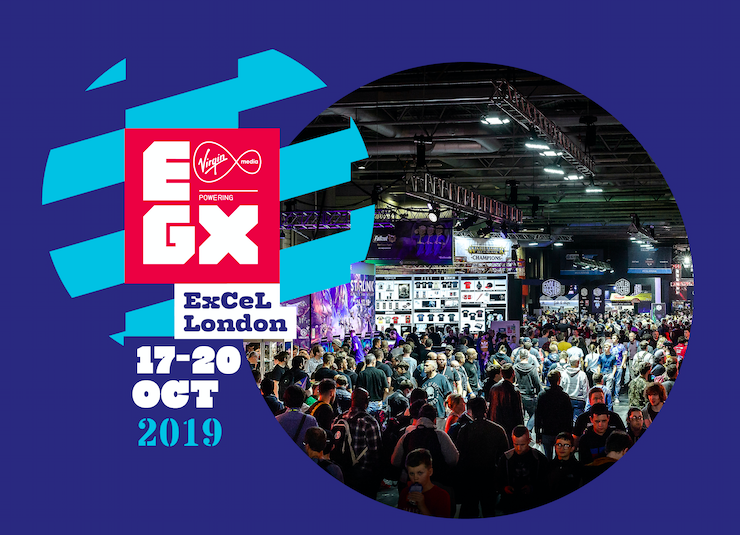 [Feature] Our Anticipated Games From EGX 2019

My trip to EGX London this year may have been short but it was certainly productive. I got to play many games that are coming soon to the Nintendo Switch. Some of these games have got quite a bit of coverage from other websites but hopefully, there are a few games listed here that may have flown under your radar and might be interested in.

The Games listed below are in alphabetical order as to not show any kind of ranking or preference over the other games in the list.

Beyond Blue is a free-diving/SCUBA diving simulation game that puts players into the “fins” of Mirai, the leader of an ocean research team that has embarked on an expedition to learn more about oceans. Set in the near future, the research team uses groundbreaking technology that is not too far out of reach for the current generation.

The Developers E-Line Media have partnered up with BBC Studios (developers of the Blue Planet II television series) and worked with multiple experts in oceanography including Sylvia Earle, world-renowned Marine Biologist.

Playing the game myself, it is very much like a spiritual successor to the Endless Ocean games. While most people were burning hours in the likes of Warcraft, I sunk probably just as many hours playing Endless Ocean and Endless Ocean: Blue World on my Nintendo Wii. Beyond Blue gives players the opportunity to dive into the underwater world and explore coral reefs and the effects of Coral Bleaching, interact with dolphins and pursue octopuses through narrow passages (I don’t recommend doing that in real life though).

I will probably come off as biased here but as a certified diving professional, I saw a lot of appeal in Beyond Blue and the time I spent playing the game has cemented my commitment to getting the game for Switch as soon as it is available.

Imagine if some of your favourite literary characters and heroes got together to help banish evil and fight giant mythical monsters. The likes of Robin Hood, Count Dracula and the Monkey King working together to put the world of literacy back together again. Well, you don’t have to imagine it anymore as such a game does exist and is coming to the Nintendo Switch.

Developed by Digital Games and being published by Intragames, Bookbound Brigade is a hand-drawn 2D Metroidvania that takes players on a journey through multiple worlds to rescue other characters from books, legends, and lore.

Instead of controlling one character at any one time, you control 8 characters at once that move as one, you can switch between your heroes at any time to use their unique abilities to overcome enemies and obstacles. It is a very interesting idea and expands on the hero swap formula of the TRINE games. You can have up to 8 characters in your Bookbound Brigade and there are even more NPC’s to encounter.

Darksiders Genesis from THQ Nordic follows the fourth and final Horseman Strife. Along with his brother War, the two must navigate their way through multiple dungeons whilst fighting their way through scores of enemies, both angels and demons alike. The story of the game takes place before the events of the original game, where War is falsely accused of bringing about the Apocolypse.

The game features 2-player co-operative play. One player takes control of Strife and the other plays as War. Strife uses ranged weapons to attack his foes whereas War likes to get up close and personal with Melee weapons. For anyone who plays alone, they can switch between the two characters at the press of a button. There are certain puzzles that require the skills of both Horsemen in order to solve them.

The gameplay of Darksiders Genesis is not dissimilar from that of Diablo but it has its own identity and gameplay style. Each Horseman has their own skill tree to level up but you can’t change their play style or Class. The game will be releasing on February 14th, 2020 on consoles.

I previously played this at another Gaming Event in Spain last July. I enjoyed the playstyle very much and couldn’t wait to play it again. New Super Lucky’s Tales is an expanded version of the original Super Lucky’s Tales on Xbox One that released back in 2017 and developed by Playful Studios.

The game received mixed reviews then but the improved controls and camera in the Nintendo Switch version made the game so much more responsive and fun to play. Inspired by the charm of 90’s platformers, it also decides to keep things relatively simple and accessible to all levels of players. It’s cutesy aesthetic and colorful visuals has so much charm and the gameplay itself is pretty solid as well.

We have since reviewed this game and it certainly lived up to our standards and hype. We do thoroughly recommend this game to casual players and young children who are looking for a good platforming game to learn the basics and have fun with.

Röki is a particularly interesting game based on Scandinavian folklore and an impressionistic art style. You play as Tove, a young girl looking for her little brother Lars who has got lost in the forest. The reluctant Adventurer sets out to find her brother and encounters many different creatures from Nordic lore. Some are friendly, others not so much but Tove must press forward and help those in need if she is ever to be reunited with her brother.

Though I didn’t get time to play the game myself, I could certainly see the appeal of the game and dedication that the developers have poured into the game. Polygon Treehouse has created a world filled to the brim with creatures and lore that has long been overshadowed by the likes of Roman or Greek Mythology that has been in the spotlight all these years.

Sakuna: Of Rice And Ruin

This game has quite a lot of potential, it is a combination of platforming/beat ’em up/resource management sim. You play as Sakuna, who has to venture out into the world to find seeds to plant in the fields of her village. A crisis has befallen the village and they are unable to plant new crops due to a shortage in seeds. Sakuna, must use her wits and wield everyday farming tools as a weapon in order to defeat the many monsters in her path.

Our time with the game was quite short but it definitely left me wanting more, it has quite a lot of potential and would really like to see how all the elements go together. The demo itself was only about 15 minutes long but the Marvelous folks at Marvelous Europe allowed us to record direct-feed gameplay footage of the game.