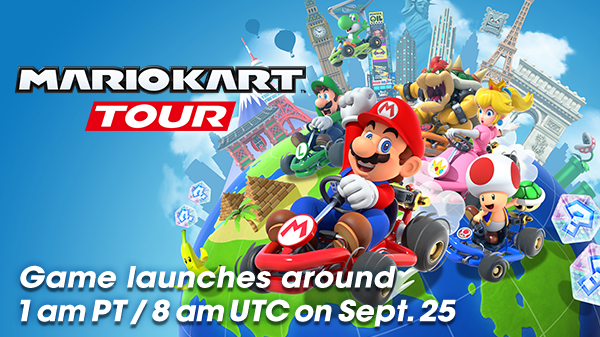 A new week, a new round-up. Whilst I can’t cover everything that has happened (I can never find enough hours in the day), here are the most notable things that have happened this week. Mario Kart Tour has now released on smart devices and it seems to be a bit of a bittersweet experience, most notably due to Gacha and Subscription features.

Mario Kart Tour is now available in most regions for iOS and Android. The Free to play game has both Gacha and Subscription services that can encourage players to pay in order to acquire particular characters that they want to play as. You can also unlock karts and customization options as well.

Nintendo UK have shared a new overview trailer for Ring Fit Adventure which releases on October 18th. This new accessory and game for the Nintendo Switch has fitness in mind and aims to help players to embark on an epic quest, using fitness as a means to move around the virtual world and use exercise techniques to defeat enemies. You can check out the new overview trailer below.

HORI have announced a new Mario Kart Racing Wheel for the Nintendo Switch. It will release in November but it is currently planned to release only in Japan. For those looking to import the accessory, they will be able to via Play-Asia who currently have it available via pre-order. There are two variants to choose from; Standard and the DX version. Both versions come with the pedals and programmable buttons to suit your play style. The DX version also comes with suction cups so you can secure it to a flat surface.

Game Freak has released a new Japanese trailer for Little Town Hero, which launches on Nintendo Switch this month. The trailer also include a new sample from the game’s soundtrack. You can check out the new trailer below.