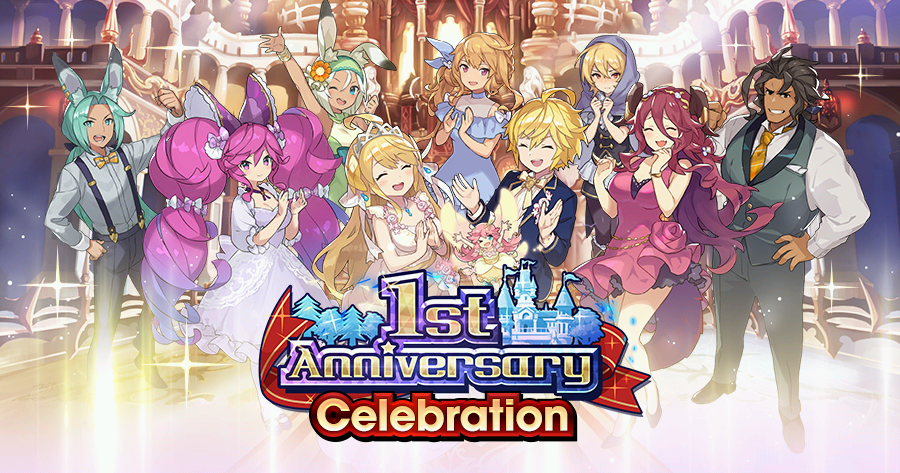 Hey folks! It’s been another big week for our Mobile News Round-Up! This week, we’ve decided to dedicate Part #1 of our round up to Dragalia Lost. We’ll try to keep things relatively short and only cover the highlights, but so much is happening for the games 1st Anniversary!

To kick things off, we were greeted with a brand new Dragalia Digest presentation. Like Feh Channel & Nintendo Directs, these presentations cover up and coming News and more. From 1st Anniversary Bonuses, Daily free Tenfold Summons, the Version 1.12 update, future updates, and even a Mega Man Collaboration, fans of the game will have a lot to look forward to in the months ahead!

For individual topics & details, please see the above video to watch the Digest for yourself! Patch notes for the version 1.12 update can be found here: Version Update 1.12.0

Alongside the above bonuses, additional events will be happening in-game for the duration of the Anniversary. Get ready to use that Honey and Getherwings you have stored, it’s time for some 2x Drop events and 1/2 Stamina for Main Campaign quests! Each set of events runs for its own set of days so see the image below for more detailed timeframes.

A brand new Gala Dragalia is here! Gala has arrived and with it a 6% rateup on Summoning and the arrival of a brand new unit. This time the unit is none other then the MC Euden in his new “Prince” form seen at the conclusion of Chapter 10 of the main story. He will be available until October 3rd at which then the banner will change and feature a rateup for other past Gala characters.

With the 1.12.0 update came the ability to change the music that is played in your Halidom! For the 1st year Anniversary, a special track can now be selected. You’re Halidom will also feature a special Birthday themed design for the duration of the Anniversary. The title screen has also had a bit of a makeover and gives a look back at past events.

Wondering how your favorite Dragalia Lost characters are celebrating the 1st Anniversary? Well, make sure to view your characters special voice lines as they have celebratory dialogue only available until October 18th!

Starting Monday (9/30) a brand new raid event dubbed “Fractured Futures” will begin. This event will debut some brand new raid event updates detailed in the version 1.12.0 update such as Omega Raids and the ability to obtain Quantum Cogs that can be exchanged into 5⭐️ weapons. The event previews have been datamined for this event and can be seen below:

While we didn’t cover everything, definitely make sure to checkout the Dragalia Digest presentation for a look at things coming after the 1st year anniversary! There was just so much news that we didn’t want to keep you guys reading too long!