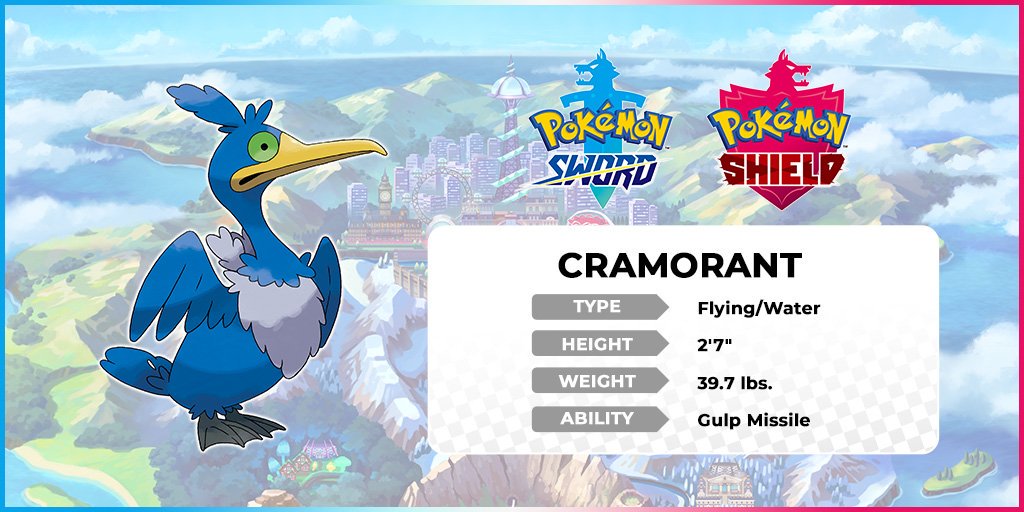 Now that the November 15, 2019  release date for Pokémon Sword and Pokémon Shield, is just mere months away, the September Nintendo direct, offered new details regarding never before seen Pokémon and new Pokémon have been shared and in this instalment of “Who’s That Pokémon?” we’re tackling the Gulp Pokémon Cramorant.

Description: When it comes to food, it will try to swallow anything it can fit in its mouth. Sometimes it will swallow things that aren’t its intended prey, spitting them out in a hurry once it realizes its mistake.

Cramorant can be forgetful, but it will never forget a Trainer it grows to trust. However, it seems that even Trainers will face fierce attacks from their Cramorant if they try to steal its food.

Gulp Missile (Ability): Cramorant’s Ability, Gulp Missile, is a new Ability introduced in these titles, and it can be triggered during battles. After Cramorant uses Surf or Dive, it will return with a catch in its mouth. If it takes damage while in this state, Cramorant will retaliate by spitting out its catch at the attacker!