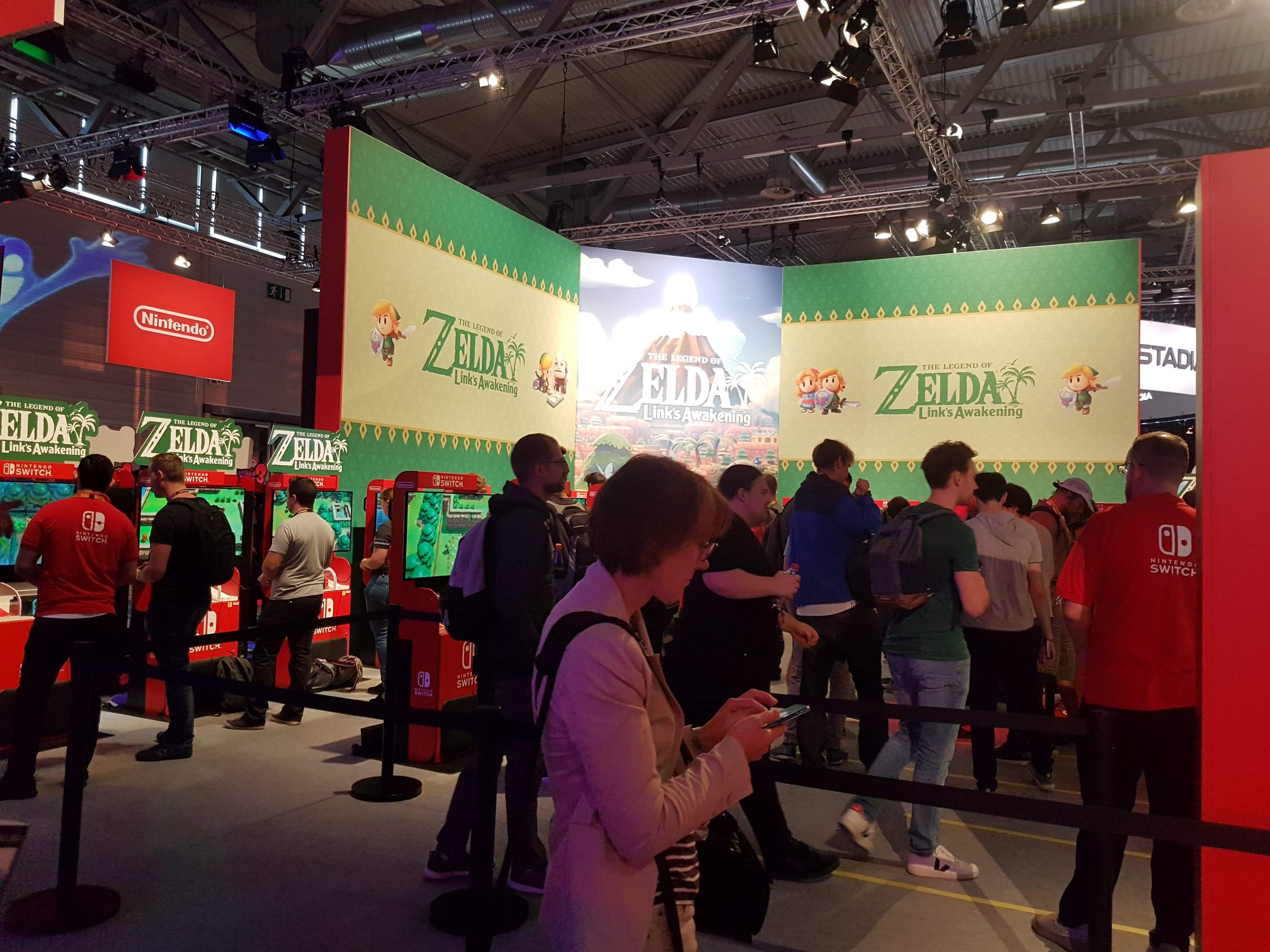 Nintendo are in full “Gamescom Focused” mode now and have revealed their full list of games that playable at the event. Such games include: The Legend Of Zelda: Link’s Awakening, Dragon Quest XI S: Echoes Of An Elusive Age -Definitive Edition, Luigi’s Mansion 3, Spyro Trilogy and The Witcher III Wild Hunt – Complete Edition.

Nintendo have also scheduled a series of Nintendo Presents videos to air daily during Gamescom. These can be found on the Nintendo UK YouTube Channel and will feature some of the games coming to the Nintendo Switch.

For more information about games and presentation dates, you can check out the official press release below.

NINTENDO BRINGS GAMES FOR EVERY KIND OF GAMER TO GAMESCOM 2019

Tune in today through Thursday for Nintendo Presents, a series of in-depth gameplay videos of already announced Nintendo Switch software launching in 2019

20th August, 2019 – The gamescom games fair in Cologne, Germany opens its doors today, and fans around the world will be able to get deeper looks into multiple already-announced Nintendo Switch games launching in 2019 in Nintendo Presents, a series of English-language videos to be published throughout the week. Meanwhile, visitors will be able to try more than 20 upcoming titles at the show, including some that are playable on Nintendo Switch for the first time.

Launching on the Nintendo of Europe gamescom 2019 website from 20th through 22nd August, product experts from Nintendo of Europe will showcase new gameplay for a range of titles launching before the end of 2019 that cater to every kind of player. The full line-up of Nintendo Presents videos is:

Fans of high-level competitive action should tune in to Nintendo UK’s YouTube channel on Thursday 22nd at 17.00 CEST for the Nintendo Live: Super Smash Bros. Ultimate – gamescom 2019 Invitational tournament. Eight top European players will compete for a special prize: winners of the online poll Leon, Marc, Light and Skipper will attend, as will Lancelot, Yetey, Iberyes and Sirjon, who were selected by their fellow players. From these eight skilled combatants, the four winners will fly to Japan for the Super Smash Bros. Ultimate World Challenge Cup, held at the Nintendo Live event in Kyoto on 14th October, where they’ll compete as a European squad against qualified teams from Japan and North America, as well as a multi-national team of top players, in a special gala tournament.

Those who visit Nintendo’s booth in Hall 9 will be able to go hands-on with a range of games coming to Nintendo Switch, including:

In addition, multiple indie titles are available for visitors to try, including some from yesterday’s Indie World presentation that will be playable on Nintendo Switch for the first time at gamescom. Playable indie titles include:

Nintendo also revealed new information about upcoming content for MARVEL ULTIMATE ALLIANCE 3: The Black Order. Players will step into the boots of the urban vigilantes known as The Punisher, Blade, Moon Knight, and Morbius, as the Marvel Knights join the alliance. These playable characters are part of DLC Pack 1 included with the MARVEL ULTIMATE ALLIANCE 3: The Black Order Expansion Pass, which will be available on 30th September and also includes a new mode. In Gauntlet Mode, up to four players* take on an intense series of co-op challenges in rapid succession to earn rewards. Players can find out how long they can last in Endurance Mode and see how high they make it on the online ranking board, then discover a mysterious new Infinity Rift. In addition, alternative outfits for all playable characters will be added to the game via a series of free updates, starting on 30th August with new outfits for Spider-Man, Hulk, and Captain Marvel. As previously announced at San Diego Comic Con in July, the free update to the game releasing on 30th August will also add Cyclops and Colossus as brand new playable characters.

To keep up to date with the latest news and videos throughout the week of gamescom, bookmark the Nintendo of Europe gamescom 2019 website.