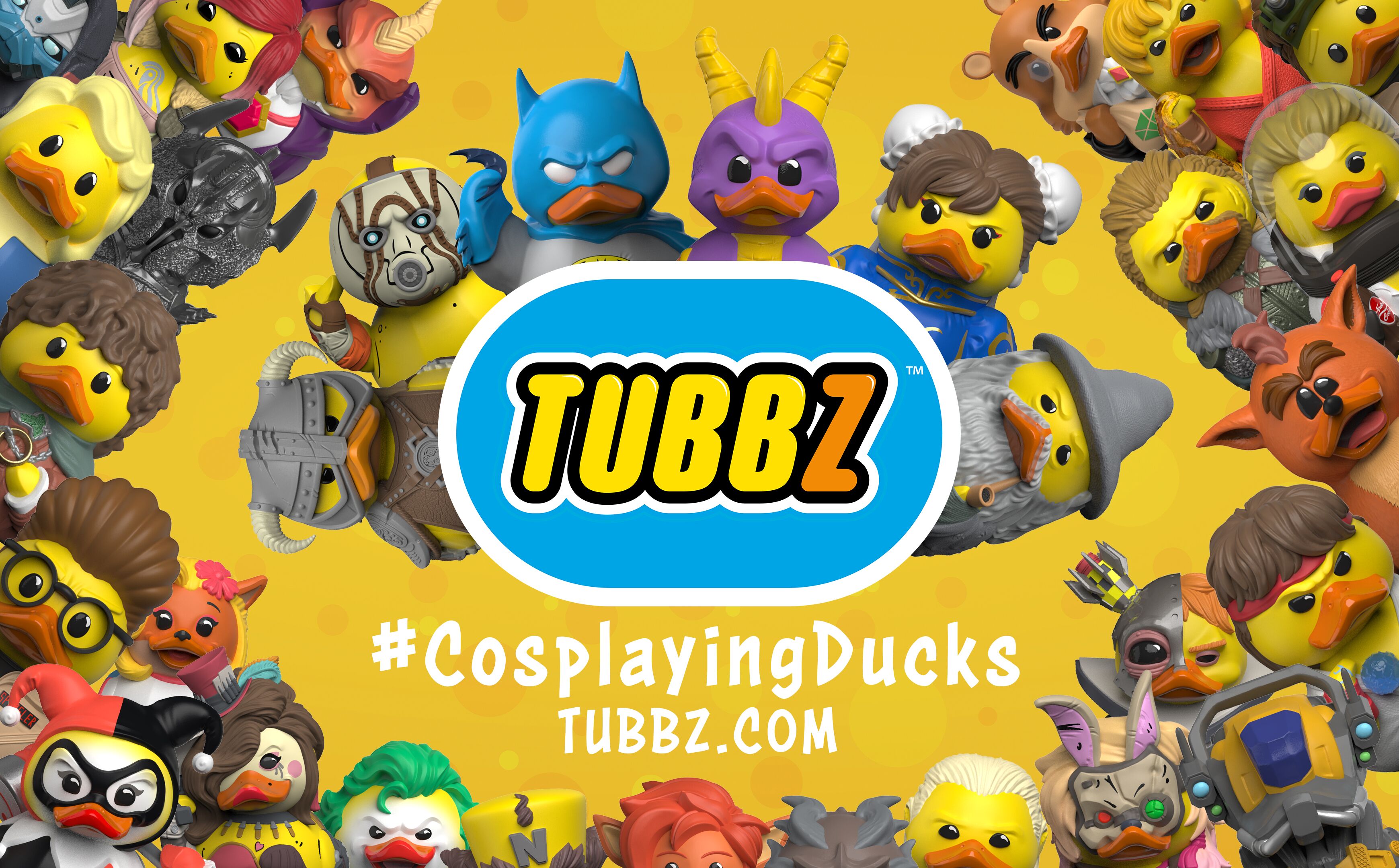 Numskull Designs have revealed a new line of merchandising in the forms of Cosplaying rubber ducks called “Tubbz”. These are no ordinary rubber duckies to splash about with in the bathtub though. They are dressed to impress and designed after popular video games series, comics, books and movie characters like Ghostbusters, Crash Bandicoot, Batman, Destiny, Fallout, Spyro and Streetfighter.

Featuring cute, recognisable designs, these high quality figurines feature individual poses to suit their characters, and each come packaged in a stackable box with a unique bathtub-shaped display stand!

Whether you’re a fan of Batman, Crash Bandicoot, Spyro the Dragon, Fallout, Destiny, Street Fighter, Borderlands, Lord of the Rings, or something else entirely, TUBBZ is sure to scratch that itch for a brand new, unique, cross-brand collectable range.

Collect them all – 4 (or more!) in each range, with many to collect

Display box – comes in a collector’s bathtub display box, featuring the property’s logo and the ability to stack on top of other Tubbz

Approximately 9cm (3.54”) tall when outside of tub display stand (some may vary)

TUBBZ will be released in regular waves, featuring a new assortment of quackin’ good quality collectables in each, representing new fan-favourite brands.

The
confirmed line-up so far:

The Lord of the Rings: Frodo, Gandalf the Grey, Sauron, Legolas