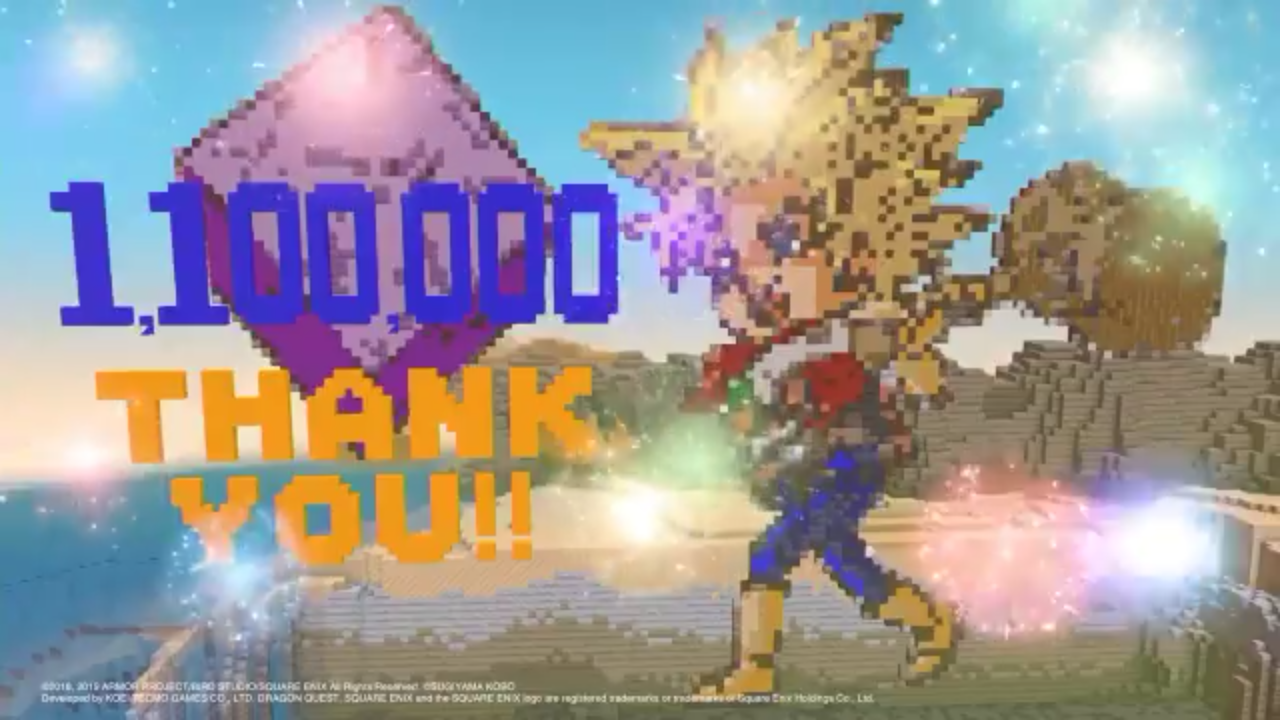 Square Enix are delighted to announce that Dragon Quest Builders 2 has collectively been downloaded and shipped 1.1 million copies worldwide. That is quite a feat for a game that has only been out for a month or so. Mind you, the game is on multiple platforms so that probably did help somewhat. To help commemorate the achievement, Square Enix shared a little video via Social Media.

Thank you to all of our builders everywhere for helping #DragonQuest Builders 2 reach 1.1 million sales worldwide! Let's keep on building bigger and better! #DQB2 pic.twitter.com/R3k7ag4R3H

To top it off, the “Modernist Pack” DLC is out now. It includes over 70 recipes for modern structures, furniture, clothing and hairstyles. The DLC is part of the Season Pass for the game and costs $19.99.