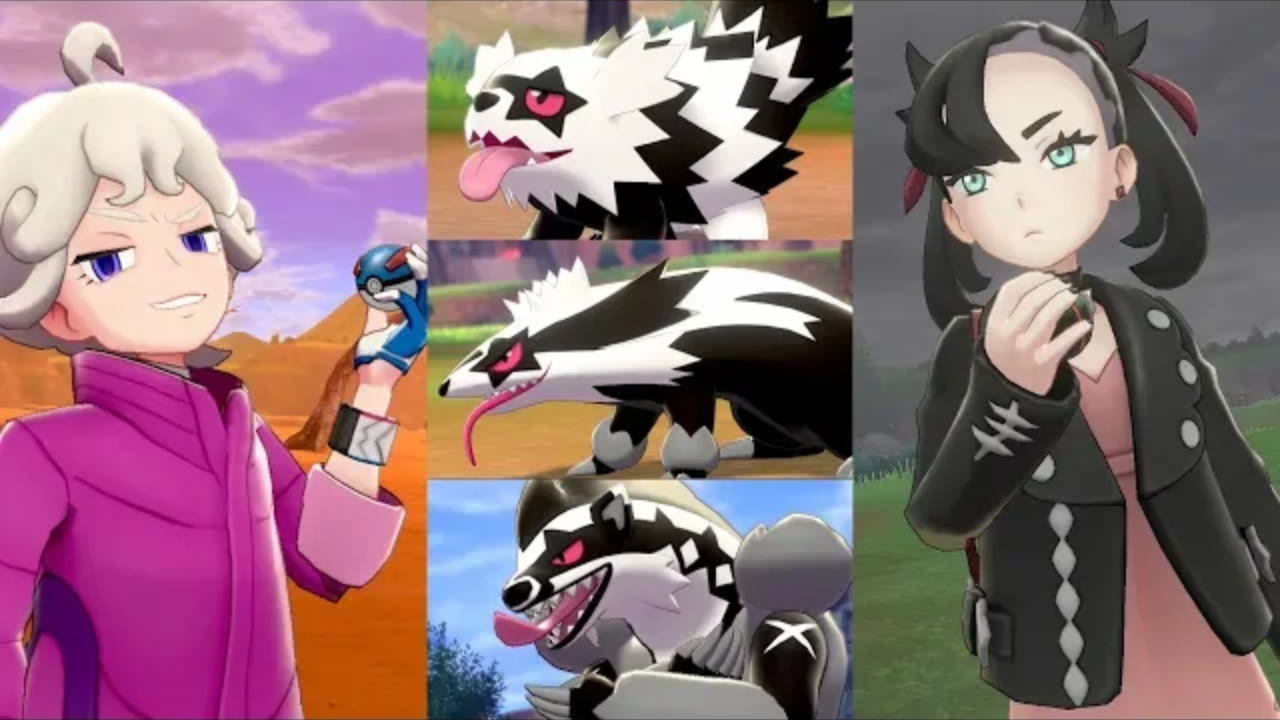 The Pokémon Company have released a new trailer to introduce a couple new Galar Form Pokémon, two new rivals and Team Yell. To start off with, Weezing and Zigzagoon both get new forms. Galarian Weezing sports a top-hat/chimney stack on his head and a smoky beard and moustache, fitting of the British Industrial Revolution. Zigzagoon and his evolutions sport a more realistic black & white badger appearance.

New Pokémon includes an evolution for Galarian Linoone called Obstagoon and then there is the split-type Morpeko.

Two new rivals have been revealed for players to battle against, Bede and Marnie. Marnie also has her own group of superfans in the form of Team Yell.

If our little screenshots are not enough to whet your appetite, you can find the new trailer for Pokémon Sun & Pokémon Shield below.