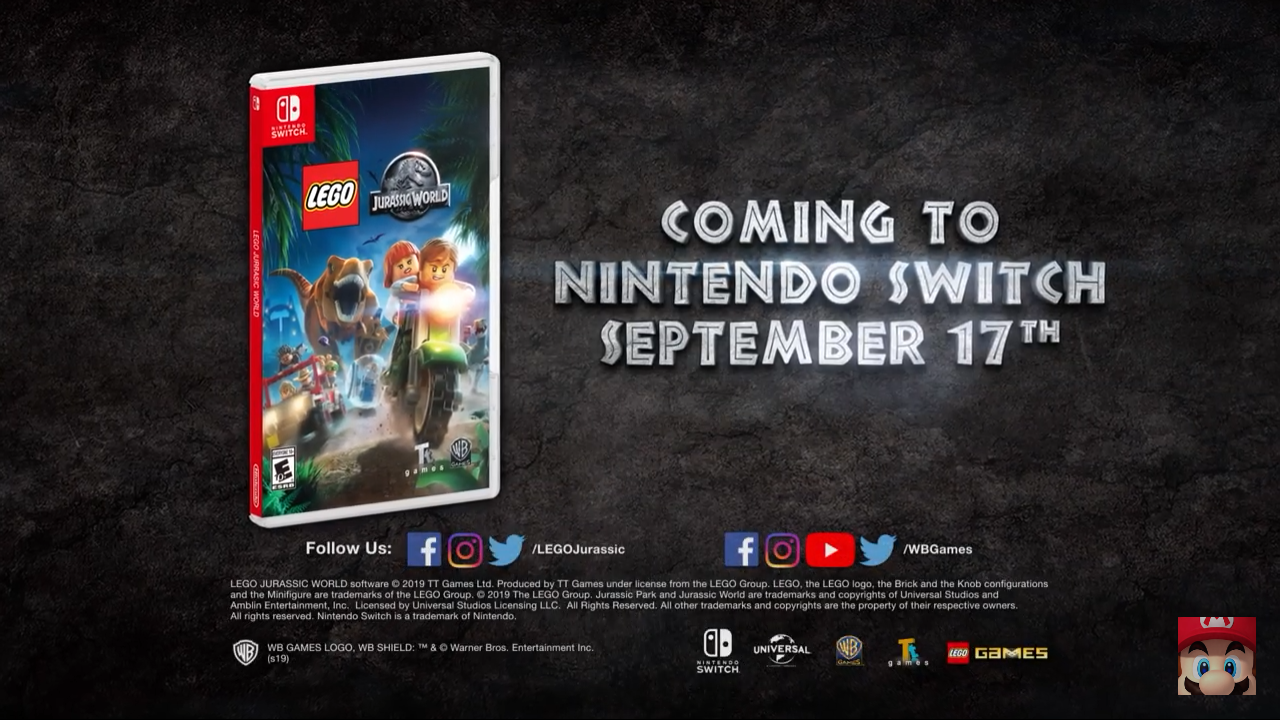 LEGO Jurassic World released on the Nintendo Wii U towards the end of its short lifespan but it is getting a new lease of life on Nintendo Switch. The game will launch on September 17th and feature 4 epic adventures from the Jurassic Park franchise and Jurassic World.

An announcement trailer has been shared to Nintendo’s YouTube Channel and can be viewed below.