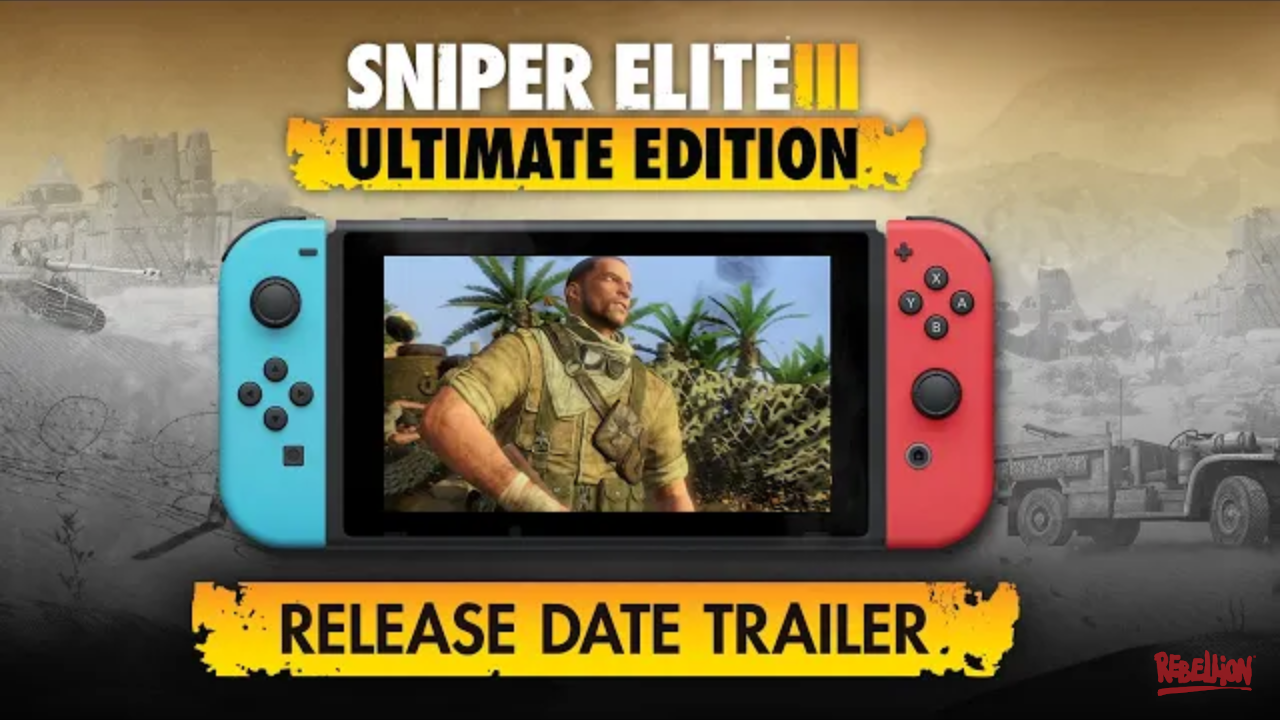 Rebellion have announced that the Nintendo Switch release of Sniper Elite III Ultimate Edition is set for October 1st. The company have also uploaded a new trailer for the game, as well as confirm new features like Local Wireless Co-op and Motion Controls. The game will also support the Pro Controller.

You can see the new Sniper Elite III Ultimate Edition trailer below, along with the official announcement from Rebellion.

Oxford, July 30th, 2019 – Hold your breath, take aim and get ready to fire. SNIPER ELITE 3 ULTIMATE EDITION now has a release date in its sights for Nintendo Switch! As revealed in the title’s first gameplay trailer, Rebellion’s award-winning tactical shooter arrives October 1st, 2019 on Nintendo Switch, available both on Nintendo eShop and as a boxed edition. Starting today, fans can pre-order the boxed edition from participating retailers. Digital pre-orders will be available from September 17th.

Sniper Elite 3 Ultimate Edition features ALL of the content ever released for the game, including four extra campaign levels – foil a plan to assassinate Churchill, and eliminate the Führer himself in thrilling, history-defying missions!

Sniper Elite 3 Ultimate Edition on Nintendo Switch also includes exclusive new features:
Sniper Elite 3 takes you to the heart of World War 2 and the remarkable setting of North Africa in 1942. Stalk the infamous Afrika Korps across oases, canyons and sand-swept cities in a deadly rush to sabotage a Nazi super weapon. Use devastating traps and melee takedowns to take out your targets stealthily. Hone your sharpshooting by mastering gravity, wind and even your heart rate. Watch your bullets rip thoruhg organs, bones and even vehicles in the trademark X-Ray Kill Cam.