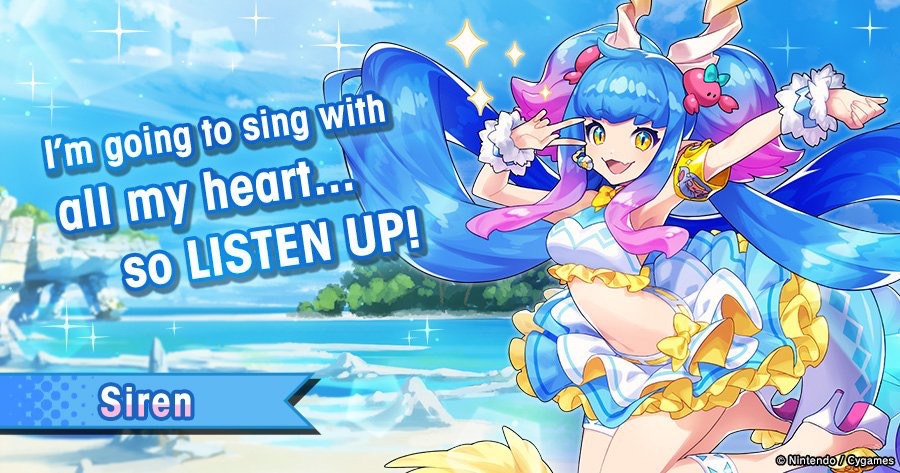 A special Summer themed event has been previewed for Dragalia Lost! While we were only given a brief description, this event will feature a brand new musical dragon known as Siren & will debut in multiple parts.

Deep under the sea, there live a songstress. The songs she sang on the seafloor became bubbles that floated up into a shimmering light. One day, Siren followed the bubbles and found they reached a world of serene blue skies and a dazzling sun. Faced with such a beautiful sight, she could not help but express her joy by bursting into song.

To celebrate summer in Dragalia Lost, we’re preparing a two-part event which centers around the constably cheery ocean songstress, Siren.

During this event, Adventurers you know and love will appear alongside Siren, rocking their swimsuit styles.