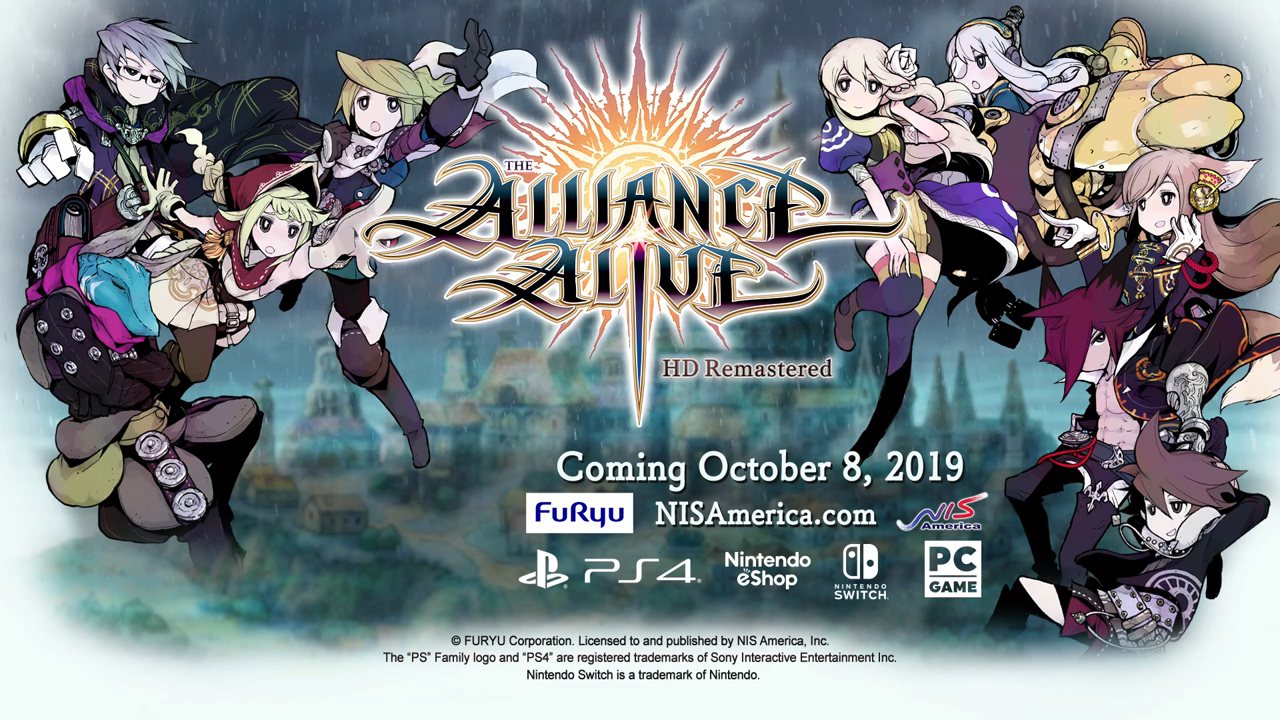 NIS America have released a new trailer for The Alliance Alive HD Remastered. The trailer, subtitled “Unlikely Heroes” takes a look at the 9 different characters in the game. If you have yet to see it, you can check it out below.