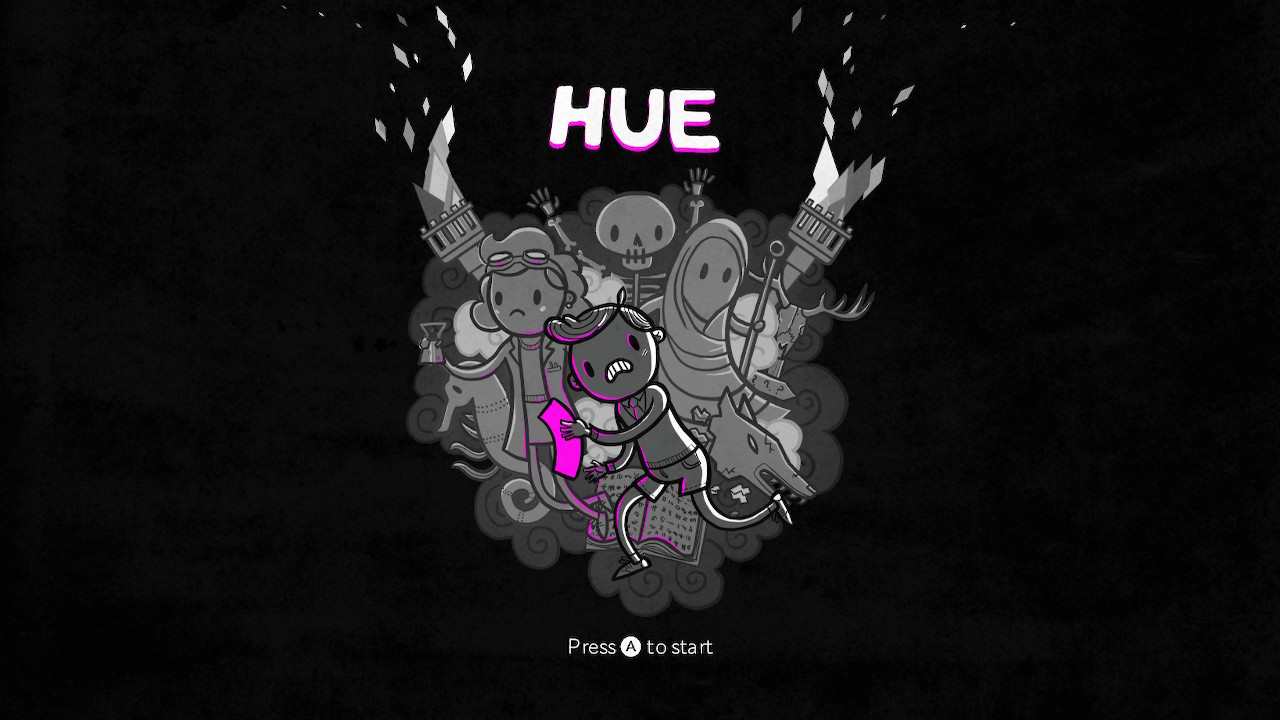 Hue by Fiddlesticks was originally released in August 2016 on Steam and Xbox and later that year on Playstation and Playstation Vita. Now Fiddlesticks and Curve Digital have brought the game to Nintendo Switch. The game has received favorable reviews on all of its previous releases.

You play as a young boy in a world devoid of color. During your adventure, you jump platform to platform, push and pull boxes to reach higher areas, and use your color switching ability to change the world’s color. As you switch the main color Hue is able to see hidden colored boxes and ledges, pass through colored laser beams, and more.

Along the way, you learn through letters your mom left you about her time with Dr. Grey as they both worked to bring color back into the world. She sheds some light on the story and keeps encouraging you to use your color abilities that have been left behind to find her. During your playthrough you will occasionally meet other NPCs that share a bit of their sadness for the loss of color in the world and look to you to save them.

Hue is an adventure, platformer, puzzle game that requires a bit of timing, in how you change colors, and brain power to solve the puzzles you will encounter in each room. Sometimes the puzzles are more about speed and switching on the fly to a different color as you slow time down ever so slightly when you access your color wheel. You start off the game by unlocking blue, and within the first few hours, you will unlock all of the seven colors in the game.

As you unlock colors you also unlock different sections of the world, sort of Metroidvania style, though the backtracking and unlocking is just a part of the linear aspect of the game and doesn’t require much in terms of backtracking overall. There are also flask to uncover in hidden areas or hard to reach places. The further you get in the game the more you will need to swap between colors quickly sometimes as you jump platform to platform and dodge rocks or stalactites falling from the ceiling.

There are seven total colors with which you will need to unlock in Hue. Along with the various colors and hidden flasks, there isn’t much extra or outside of the main campaign. Some unique features in the game are the ‘Color Blind’ mode, which adds icons to the color wheel and objects in the world helping someone that may see different visually still be able to play the game.

One noticeable addition, which I wish more games implemented, is that you can map your buttons for inputs that you feel most comfortable with. I switched the action and jump button to where they were more fitting in my opinion. This is a small addition but it should be noted as something that I wish more games featured.

Hue doesn’t include a lot of voice acting outside of the mom’s voice as you read the letters that she left you. The music is calming and melodic for the most part, aside from some of the portions of the game where you are forced to run quickly to avoid some of the falling traps.

The visuals in Hue will not blow you away, but that is the main aesthetic of the game. There is a hand-drawn look and feel almost how a minimalistic Paper Mario game would look. The line drawings aren’t too extravagant though when you switch the colors some objects in the background and foreground will glow and fluores almost neon-like.

Hue performs smoothly as you play either in handheld or docked mode. I never noticed any stuttering or framerate drops, though I will mention that Hue does have a floatiness to him as you jump and maneuver which seems to be slightly slower and feel seconds off when you jump or need to switch colors.

The Nintendo Switch is quickly becoming home to a lot of these artsy platforming games. Hue entertains the mechanisms of games like Runbow and mixes in the puzzles reminiscent of Degrees of Separation which required spatial and weather element thinking, whereas, Hue uses color as its main gameplay element.

If you are a fan of the games mentioned above and looking for a simple platformer game that mixes in color as its main gameplay element then Hue is one I would recommend to you. It is not a long game and the puzzles are oftentimes solved very quickly. It a decent game only held back by some lofty jumping which doesn’t always seem to match up to button inputs.