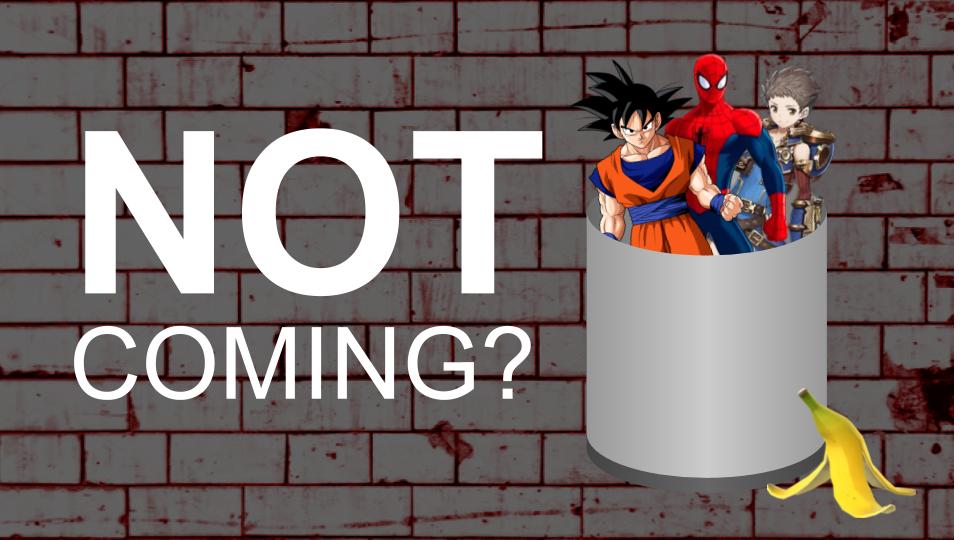 [Feature] Who WON’T Be Coming To Smash Bros. Ultimate As DLC

Smash Bros. Ultimate currently has 76 characters under its belt, with 4 more coming. Many people are throwing their hats into the ring predicting who will be in the game, including us here at Miketendo 64, but who cares about optimism!

Nintendo More characters that won’t make it as DLC include characters with games that came out after Smash Ultimate’s planning stages. Sakurai confirmed this in the Super Smash Bros. Ultimate Focus Direct on November 1st, 2018 when he included a Mii Swordfighter costume based on Rex from Xenoblade Chronicles 2, and said “We decided which fighters to include when we started planning, so we couldn’t add characters from titles like Xenoblade Chronicles 2, which was announced after planning was started.” This means that any game that was announced after January 12th, 2017 is not getting any Smash representation this time around. This includes Rex and Pyra from Xenoblade Chronicles 2, sadly, but also many other characters. No Fire Emblem: Three Houses rep is coming, or any creatures from Pokémon Sword and Shield. Same for Splatoon 2 and Astral Chain, among others.

While it is a popular meme, many people legitimately want Goku, Shrek, and Spongebob in the game. In an interview Sakurai once stated (translation via Source Gaming) “That’s impossible.” He was referring to Goku and Spongebob among other non-videogame characters, seeming to suggest that he wants every character in Smash to be either originated from a videogame or be primarily known as a videogame character. This is extra sad because Marvel Games Vice President and Creative Director (Yes, THAT Marvel) has said in response to a question regarding a potential Smash Bros. crossover in a Game Informer interview, “I can imagine anything… Hawkeye standing next to Link, and both shooting some arrows… but I’m not the person that makes decisions such as that.” So no, Spiderman or Iron Man are not joining the fight.

Overall, the characters not coming to Super Smash Bros. Ultimate dwarf in comparison to those who have a chance. Sorry Shrek fans but he’s not coming.