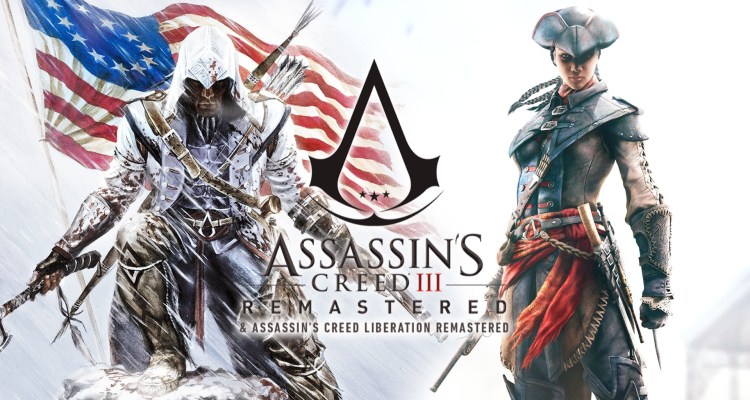 Let’s have a look at full advantages of the specific features system of Switch. The Remastered edition offers a touchscreen interface, optimized HD/HUD rumble, and motion control aiming. The development team has improved the principle gameplay mechanics as well as its ergonomic abilities. All these changes aim to improve a student’s gaming experience.

The plot of the game

The story of Assassin’s Creed III Remastered is based on real historical events. It illustrates very long fight of the Assassins. They were struggling for their freedom and peace. You will discover the story of the Templars, who want to achieve peace through control.

Assassin’s Creed III Remastered explores the hard life in Colonial America. The events take place during the American Revolution. The game revolves mostly around the young Native American, Half-Mohawk Assassin named Ratonhnhaké:ton. He is later named “Connor” by his mentor and retired assassin Achilles Davenport. Connor who was born in the Great Frontier in America in the 18th century. The British Rule brought havoc and destruction to Connor’s people, which was threatened by a powerful group of people known as the Templars. Under the leadership of Grandmaster Templar Haytham Kenway, The Templars of the new world want to control the thirteen colonies. With his village in devastation and the death of his mother, Connor vowed to put an end to the Templars plans and helps the Americans with their revolution against the British.

The events in Assassin’s Creed III: Liberation Remastered take place in 1765-1777 during The French and Indian War, where the main focus is on the heroic life of African-French Assassin Aveline de Grandpré. She was the first female protagonist in the Assassin’s Creed series. She devoted her life to prevent the Templars from taking full control over New Orleans in the 18th century. Aveline was searching for the mysterious leader of the Templars as a Spanish governor delegates over New Orleans. His strict trading restrictions and a covert operation of trading slaves made Aveline suspicious of the governors actions and intentions. She  would rescue slaves and request the help of her stepmother Madeleine, to send them safely to the North where they would be granted freedom from the Slave Trade.

The game Assassin’s Creed III Remastered is presented from the third-person perspective. Players will have to use combat abilities to complete challenging missions. You will have to deal with many optional tasks like freeing slaves, assassinating targets and taking part in the Boston Tea Party.

In the game “Assassin’s Creed III Remastered,” gamers will explore an alternate history about the greatest heroes of America. George Washington is shown here as a tyrant with enormous temptation to get infinite power by all means. The reign of the new King will not leave people untouched. You will have to make the land free again and get rid of the tyrant.

Many people are real devotees of this brave woman. She was fighting with Spanish forces in the southern part of America to stop slavery and get back freedom. Modern students should take the example of Aveline, a real woman of conviction. The story takes Aveline from New Orleans to old Mayan ruins and haunted swamps.

In our society, we tend to think that video games are stupid and merely a waste of time. However, when you discover the game “Assassin’s Creed III Remastered,” you will see that there is a big message for young people. It illustrates some parts of our history, which most of the teachers try to avoid – the times of slavery. Slavery is the system, which allows certain people to buy, sell, and own other individuals. There were times in America and many other countries all around the world when people were a kind of property.

However, there is another definition of the word slavery, which refer to a situation in which a person is forced to work against his own will. Does it remind you something? Nowadays, people became the slaves of our society. Students are brainwashed by teachers that they have to “sell” themselves in order to achieve success, make a remarkable career, make a good amount of money, etc. This is still slavery, and the only difference is that we sell ourselves with our own free will. Before people used to fight for their freedom, and now people devote their lives to get a new super expensive car or glamorous clothes. Young people should not fall into this trap. They should value their freedom and not material things which make them consume more and more.

The game teaches students to be brave, to protect people you love and freedom. Assassin’s Creed III Remastered is a game that should be in every student’s collection.