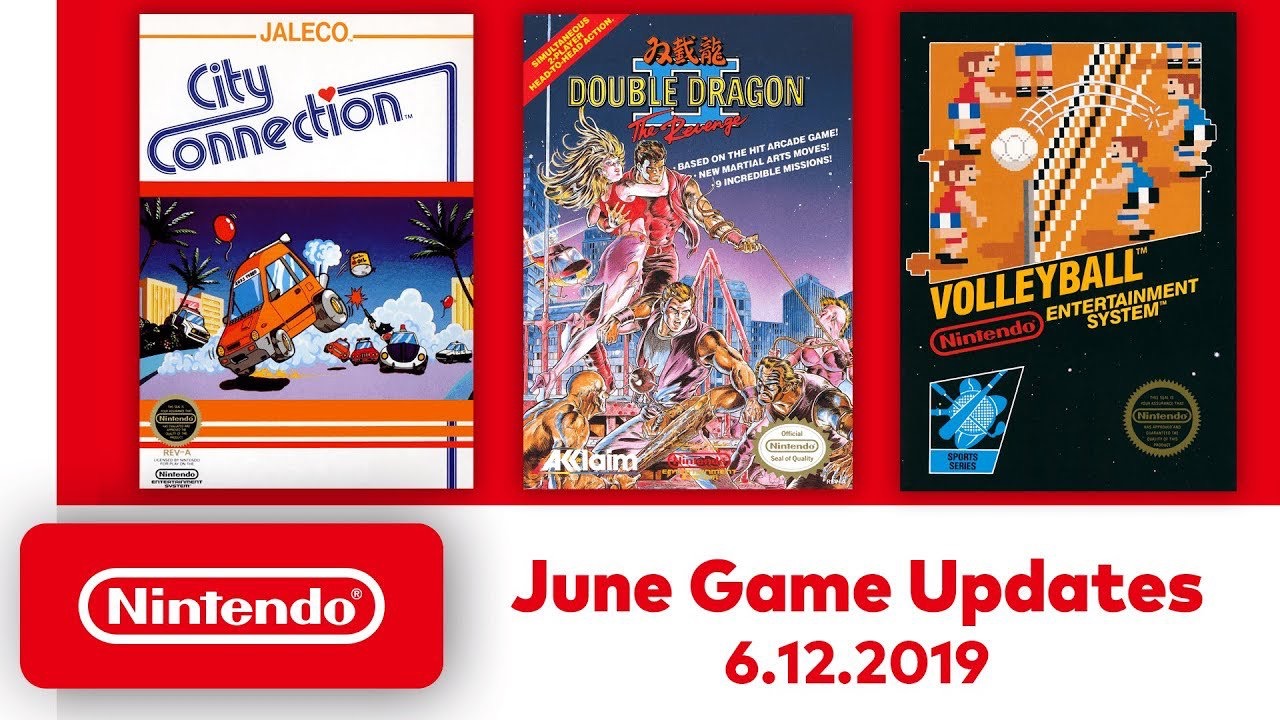 Nintendo have released a video with the latest offering of games for the NES – Nintendo Switch Online. For June, there are Three games coming to the online service in the form of City Connection, Double Dragon II, & Volley Ball. Both the official overview and video trailer can be seen below:

Double Dragon II: The Revenge – Billy and Jimmy Lee, the Double Dragons, are back to avenge the loss of Marian. In their quest to defeat the evil Shadow Warriors, Billy and Jimmy must complete nine missions, facing deadly street gangs, ninjas and huge mutant fighters. Can Billy and Jimmy contend with the enemies placed before them and ultimately save the world?

Volleyball – Enjoy a game of volleyball as you spike for a point, slam a perfect serve and make a save that wins the game for your team. As captain, you’ll lead your team through a fast-paced warm-up round, and then quickly move into the heat of real volleyball competition. The first team to 15 points wins the set, and the first team to win three sets takes the match.

City Connection – After breaking into an exclusive paint store in New York City, you’re on the run from the cops! Carrying leaky 10-gallon cans of paint, drive over every mile of New York City highways before catching a boat to England. From there, you will go on a tour of the world, avoiding the police and leaking paint everywhere you go.