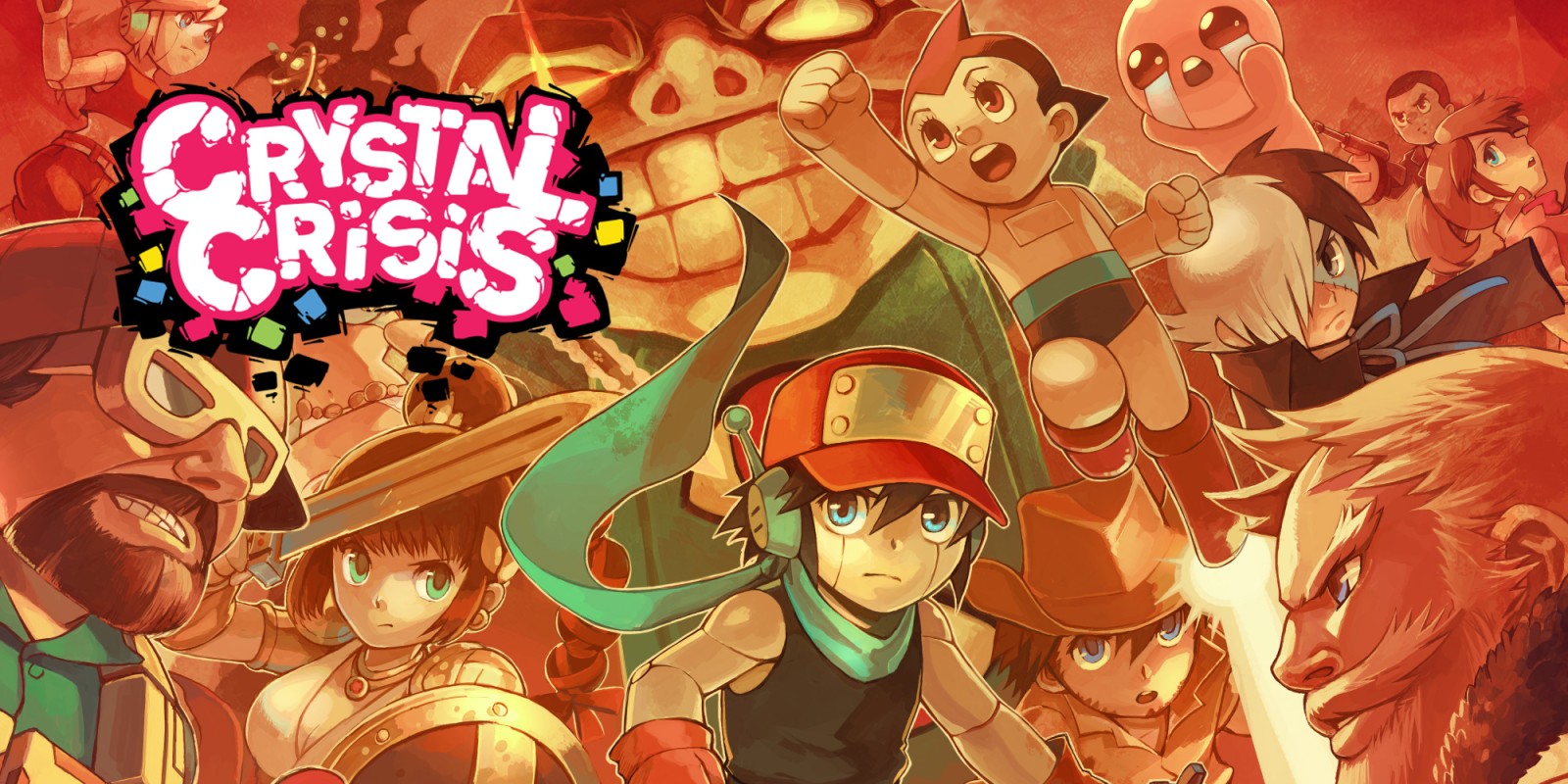 Developed by Nicalis and recently released on the PlayStation 4, it was announced last year as their own crossover-style game, but inspired by Capcom’s Puzzle Fighter and of course Super Smash Bros. It was delayed for the Switch due to the port needing further improvements and refinements, and now, it’s ready for release this week.

The story is about a red crystal, which is from ‘Cave Story’, and set over an amount of seven chapters you come across different characters across different islands, and it’s up to you to use your puzzle-solving, block-shaping ways to find your way to the end and to make sure the crystal doesn’t fall into the wrong hands!

For a game such as this, the story isn’t the main draw here, but rather the characters you can play as, but the story mode is interesting enough here to keep you going to the end.

If you’ve previously played Tetris ‘99, or Robotnik’s Mean Bean Machine, or even Columns, then you’ll feel right at home here. You take control of coloured blocks which you have to match in order to clear the deck, and by pressing A, you can rotate them to better match what you’ve already laid down.

The more you clear and make combos of, it will also charge your ‘boost bar’. By pressing L button you can perform a move that could help yourself, or the  R button to attack your opponent, whether if that’s adding a few more rows to further complicate their strategy, or to even have the blocks they’re currently controlling to rotate on their own.

There’s a lot of fun here, and even the fact you can ‘bend’ a block so that one is showing on one side of the screen, and one on the other can really help with your own strategy in matching and clearing the blocks. I found myself easily losing a couple of hours to Crystal Crisis, just because I wanted to see what other special abilities the other characters could do.

In turn, the amount of characters you can choose here are plentiful and varied. Nicalis wanted this to be an ‘Avengers’ style of characters coming together to fight a big bad, and they really do here. With appearances such as ‘Isaac’ from ‘Binding of Isaac’, to ‘Astro Boy’ and others from ‘Cave Story’, there’s a lot to choose from.

With Story mode you work your way through different chapters, selecting certain characters along the way. You then unlock modes and characters once you complete this, and you get to work through matches in different ways. There’s a tag-team mode which I didn’t expect to find here.

You swap between two characters, and their board, so you could in effect have a game last in double the time, but manage how you can swap between characters. There’s 4 other modes I counted, all with their own theme. Without spoiling it, if you’ve played the ‘Dead or Alive’ or ‘Tekken’ games and their amount of modes, you’ll feel right at home here.

Admittedly there’s not a lot to say about the audio here. It does its job of not getting in the way here, and for a game like this where your concentration is key, it does its job well here. The sound effects at least when controlling the special moves, clearing the lines and making combos, are all satisfying, and only add to that ‘pringles’ effect of wanting to give the game one more go!

The style here is similar to how Puzzle Fighter was back in the day. You have your board to lay down your objects, while your chosen fighters perform their special moves to one another. But in instead of the hand-drawn style, we have a progression of 3D graphics, similar to the difference of Marvel vs. Capcom 2 and 3.

Playing it in docked is the way to go I found, with no drop in performance. Frankly I’d have been amazed if this was the case. When you’re playing in docked, the resolution is bumped up and at closer glance, I thought the effects when the special moves are being performed had a bit more of a ‘shine’, but that was it.

When it came to online-multiplayer, at the time of writing I couldn’t test it out, but offline, playing with two joy-cons were ideal for it. You don’t need a Gamecube-inspired controller for this, but if you want to, enjoy.

Playing up to four players, it’s definitely an experience, and I didn’t expect it to be as fun as I thought. The learning-curve is very low here, you only need to know the basics, so to pass this along to newcomers in a mode like multiplayer is easy enough, and there was a Saturday evening where Crystal Crisis was well spent for me and a few friends.

For something as simple as this, you’d think that I’d rate this low and think the price was a bit too steep, especially when Tetris ‘99 is offering its new DLC for £8.99, but here, you actually ‘unlock’ modes and characters for what you do! You don’t have a ‘Unlock Everything’ DLC button here, it’s all down to you. You work for it, you earn the reward, and I’m so glad Nicalis have taken that approach here.

Everything has its use, everything has a shine and a charm to it. The designs across the game are colourful and fantastic, especially the cut-scenes in Story Mode. These were a highlight for me, and it’s partly why I wanted to keep going with the chapters here.

It reminded me of the intro-movie in Sonic Mania, and in turn the ‘Sonic Mania Adventures’ series from last year. If ever there’s a chance for a short YouTube series of Crystal Crisis, sign me up.

The only minus I could say here is that the loading screens can take a bit longer than usual. It gets to the point where you’re noticing them, and you just want to play the game. I found that Story Mode had longer loading screens here than ‘Arcade’ mode and the rest, but I’m sure this can be rectified in a software update.

Crystal Crisis is a fun ride that you’ll find hard to stop playing. The loading screens can stretch out at times, and it’s unfortunate I couldn’t try online-multiplayer as yet, but you have so many modes and characters to unlock, you won’t mind.