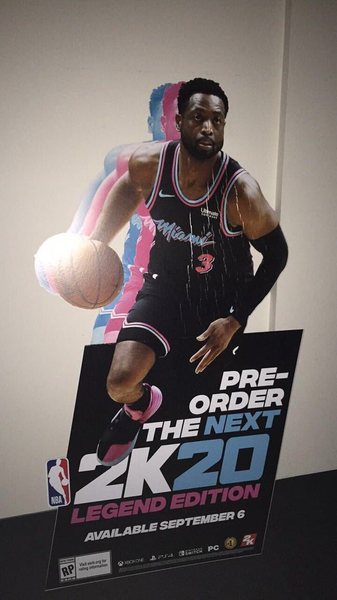 It would appear that NBA 2k20 Legend Edition promotional material of a cardboard cut out has been leaked, which seems to confirm NBA 2K20 is coming to Nintendo Switch. The cutout shows Dwayne Wade with details on the game and on which platforms it will be coming to.

Take this with a grain of salt as the image could have been meticulously photoshopped. However, with past entries of the series having released on Switch, it would be most likely that NBA 2K20 will most likely launch on the console as well. The leak also “confirms” a September 6th release date. An official announcement could be coming as soon as E3 so hold on!