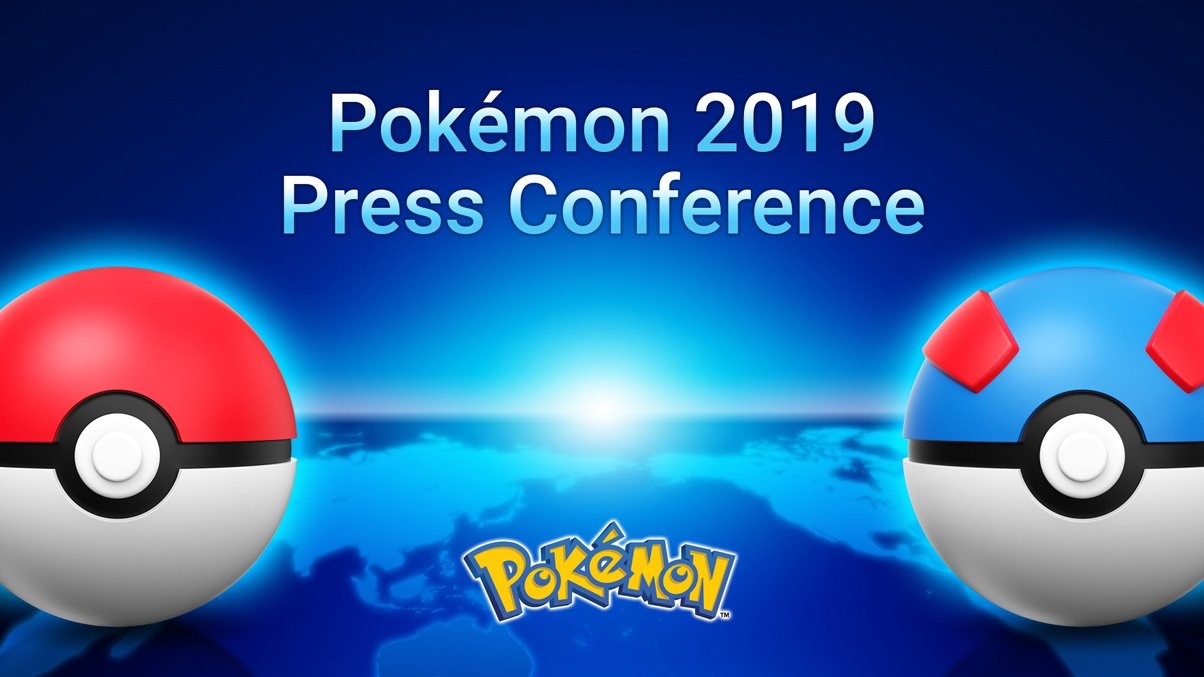 With the reveal of Pokémon Sword and Pokémon Shield back in February behind us and the Exclusive Pokémon Direct Coming June 5th, 2019, it’s now time to look forward to the future of the Pokémon brand! Much like last year’s press conference, this year’s Pokémon 2019 Press Conference gave us a look at the future of the franchise. We got to learn about a Detective Pikachu Sequel coming to the Nintendo Switch. A new Mobile game titled “Pokémon Masters.” and Pokémon Bank is being rebranded as Pokémon Home.

Thats not all though so feel free to check out the full low-down below.

The conference kicked off with the reveal of Detective Pikachu for Nintendo Switch. Nothing else was noted besides that it would conclude the story of the game.

The release of the POKÉMON Detective Pikachu movie has left fans wanting more of the famous Pokémon sleuth. Creatures, Inc., has plans to create a new entry in the Detective Pikachu video game series for Nintendo Switch. The original Detective Pikachu game for the Nintendo 3DS ended on a cliffhanger and this upcoming game will be a conclusion to that story. The details of the game are still a mystery, so keep checking Pokemon.com for more information.

Next up, Pokémon Home was announced for mobile devices in 2020. This application replaces Pokémon Bank and will be the main hub for transferring between games and trading with players.

The world of Pokémon games is more diverse than ever, with exciting titles for Nintendo 3DS, Nintendo Switch, and mobile devices. Now Trainers can bring all their Pokémon together with Pokémon HOME, a new cloud service app that lets players continue their Pokémon adventures beyond a single platform. Pokémon HOME connects with Pokémon Bank as well as Pokémon: Let’s Go, Pikachu! and Pokémon: Let’s Go, Eevee!, the upcoming Pokémon Sword and Pokémon Shield games, and also Pokémon GO.

With Pokémon HOME, Trainers can manage their collection of Pokémon across many of their games. Plus, they can trade with friends or with anyone around the world directly using Pokémon HOME via mobile device. A potential future addition will even allow multiple players in a single location to trade all at once.

Pokémon HOME is expected to launch in early 2020 on iOS and Android devices as well as Nintendo Switch.

The third announcement included Pokémon Sleep. Another app that allows you to train Pokémon via sleep using the Pokémon GO Plus+ device.

Look forward to Pokémon Sleep launching for mobile devices in 2020.

Finally, they wrapped the conference up by announcing Pokémon Masters. A new mobile game that’ll allow you to battle and train alongside famous NPC characters from throughout the main series of RPGs.

A new Pokémon mobile game called Pokémon Masters is on the way for iOS and Android devices from The Pokémon Company and DeNA. Pokémon Masters lets players experience a new type of Pokémon battling on the go, and it features many famous Pokémon Trainers from the long history of Pokémon video games. Gameplay has been optimized for smart devices, allowing anyone to casually pick it up and play.

Pokémon Masters is scheduled to launch in 2019. Fans can expect more details about this new mobile game in June!