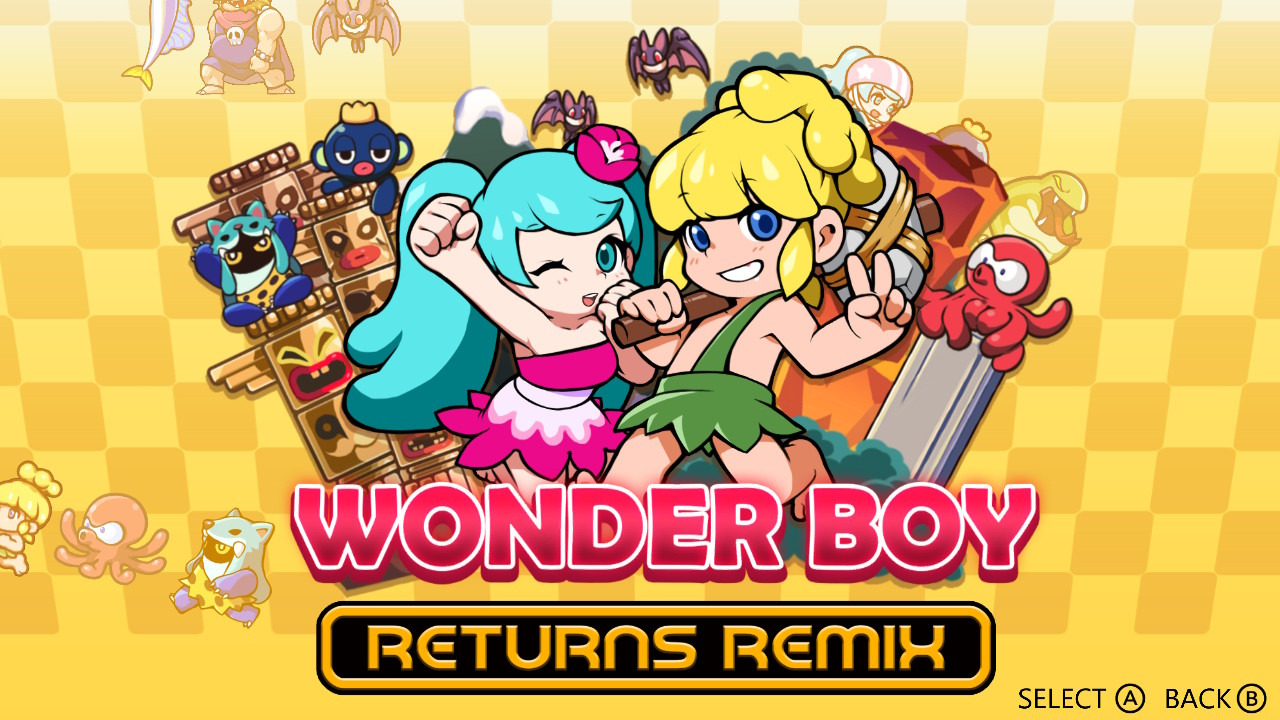 Wonder Boy Returns Remix Coming To Nintendo Switch This May

The Nintendo Switch truly is a remarkable system that bridges the gap between home console & handheld, videogames both old and new, AAA and Nindie. Talking of old videogames, the switch certainly has it’s fair share like the ACA Arcade Archives, SEGA Genesis Classics, Namco Musuem, Wonder Boy & the Dragon’s Trap, Commander Keen in Keen Dreams. The list goes on. Well another retro classic is coming in the form of Wonder Boy Returns Remix!

Wonder Boy Returns Remix is a a Remastered version that has been rearranged by its original creator Ryuichi Nishizawa. It also features both an Easy mode and a Super Hard mode for newcomers and experienced gamers alike. It is scheduled for a worldwide release on May 23rd but those in the US, Europe and Japan can get it on the Nintendo Switch eShop right now.

A gaming classic has been remixed and reborn as “Wonder Boy Returns Remix”!

– Available on Nintendo eShop on May 2 in Japan, Europe, and North America.

Bit Entertainment) in 1986. Players took on the role of a young boy who’s trying to save his

In this all-new Nintendo Switch version, “Wonder Boy Returns Remixed”, the original game has been faithfully remastered and updated with high-def anime-inspired visuals.

A new feature called the “Charge Shot” has been added to this latest incarnation, allowing you to

destroy enemies with a gigantic stone axe! Also, a new Easy Mode has been added to the game,

along with a Super Hard mode that faithfully recreates the difficulty of the original arcade release.

This latest “Wonder Boy” incarnation has been restored and rearranged by the original creator,

Ryuichi Nishizawa, to make it the best it’s ever been!

“Wonder Boy Returns Remix” will release worldwide exclusively for Nintendo eShop on May 23, 2019.

Before then, it will be available in Japan, Europe, and North America on May 2.