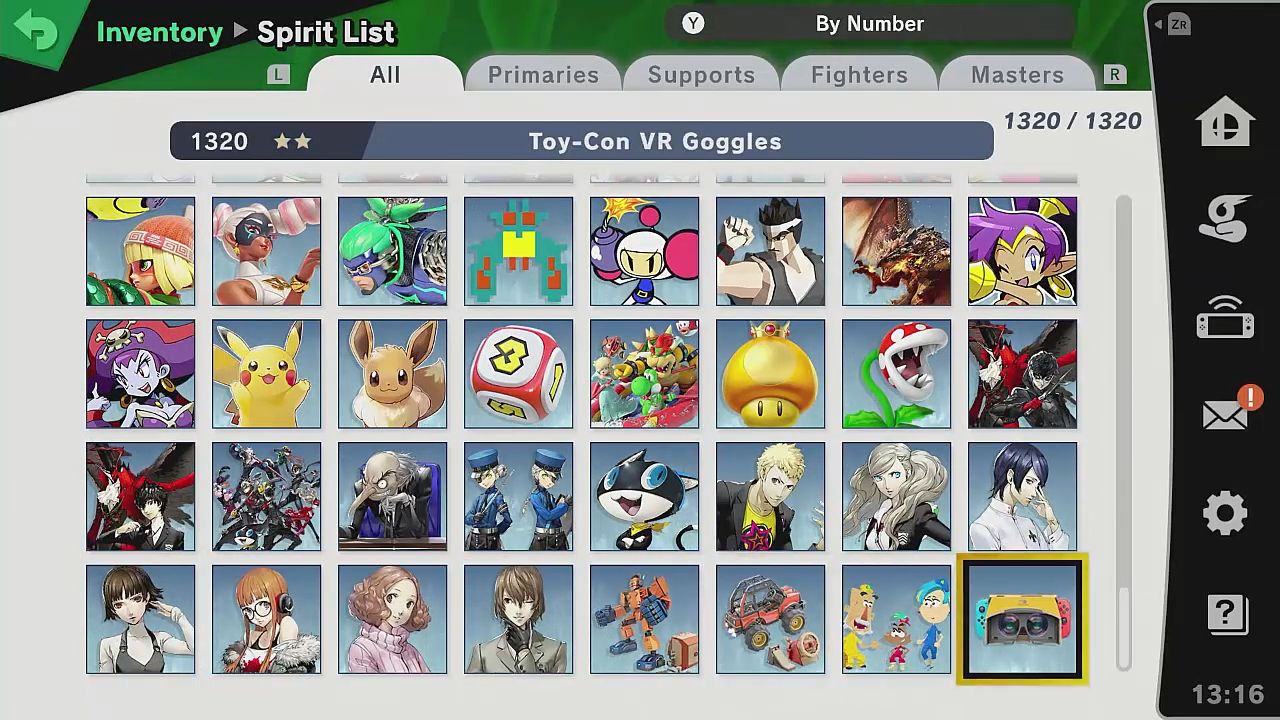 With the inclusion of Joker, Persona 5 and Nintendo Labo spirits, The Smash Bros Ultimate Spirit list has grown to 1,320 spirits in total. We have recorded some footage of every single spirit so far which you can view in the video below.

If you are missing any spirits yourselves, you can pause the video at any time to find which number spirit you still need to get. Every minute of the video features around 100 spirits so within the first minute you will see the first 100 spirits, the second minute will show the second 100 spirits and so on.