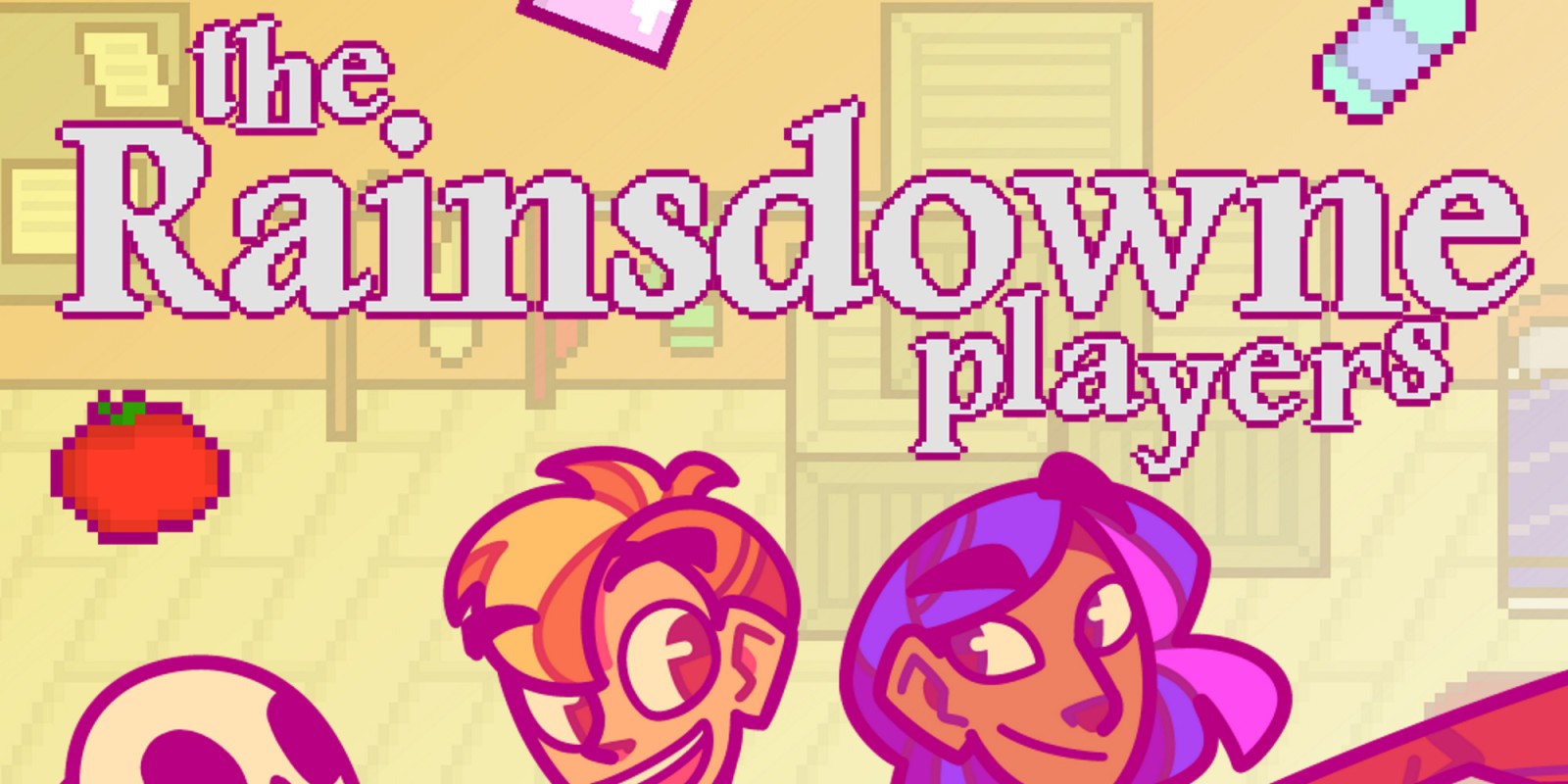 The show must go on.

Most people can vividly remember the first time they attended a play or musical performed at a theater. They will recall the atmosphere, the seats filled with patrons enraptured by the story unfolding before them, the catchy show tunes belted out, and the beautiful performances put on by masterful actors.

The art of the play is still as entertaining today as it was in the times of Ancient Greece. The Rainsdowne Players attempts to pay homage to this great pillar of the arts… and fails in almost every way imaginable.

In The Rainsdowne Players, you assume the role of two actor/playwrights trying to revive the The Rainsdowne Theater to its former glory. The audience has dwindled in recent years, and the theater itself, with a leaky roof, disgruntled employees, and a particularly ugly outward appearance, has fallen on hard times.

Your task is to explore the town of Rainsdowne, gain inspiration from the townsfolk, and use it to devise new plays, all the while engaging in a variety of different mini games to progress.

The Rainsdowne Players mainly consists of walking around town and talking to NPCs, which is sadly the worst part of the game. Two issues make this particularly unfun. Firstly, you walk at the speed of a tortoise, making getting around town excruciatingly boring.

A run button would make the game infinitely more playable, but without it you’ll be tempted to drop the game again and again, as going over to talk to someone with a new play idea takes 30 seconds when they’re only a few feet away.

Secondly, the dialogue is nothing to write home about. In a game that contains little gameplay, strong writing can go a long way to still create an enjoyable experience.

Had the characters carried a similar charm to, say, the townspeople in Nintendo’s beloved Mother series it might be worth suffering through the slow walking speed to talk to each character. The rote and uninspired conversations however make you even more likely to avoid all non-essential conversations and just focus on getting play ideas.

While The Rainsdowne Players is largely one of the world’s worst 2D walking simulators, there is actual gameplay included in the form of mini-games. These include dodging bottles, tomatoes and other projectiles while on stage, a rhythm game about blowing up ships in a pool, a card game that plays like a mix between Connect Four and Othello, fishing and others. None of these mini-games are fun. None.

Each time a mini-game appeared I hoped this would be the one to keep me invested in the game. The stage dodging mini-game consists of only pressing left or right to dodge projectiles on either side of the screen. Different objects have different movement patterns, but the gameplay is always the same: press left or right at the correct times.

The rhythm ship shooting mini-game tasks you with pressing A, X, or Y at the right times as the ships move across the pool in rhythm to a song. The song tempo speeds up over time, but the ship patterns are almost always the same. When you lose it won’t be because of difficulty, but because you finally grew bored of shooting the same ships in the same pattern, only faster.

The card game has some level of strategy, but you have to play it 10 times to get something out of it. It stops being fun after the third time. Fishing tasks you with waiting for a fish to bite and pressing A at the right time.

Enjoyable as an optional side activity in Animal Crossing, not as part of the core gameplay. Not a single mini-game in The Rainsdowne Players is worth the 5 minutes of dreadfully slow walking time to reach, making you wonder why you’re still playing in the first place.

The music in The Rainsdowne Players is worth mentioning only for completeness’ sake, as I can’t think of one composition I can remember, other than the annoying town main theme. The art is equally as bad and one of the worst I’ve seen utilized in a 2D pixel art game.

Character sprites feel chunky and poorly detailed with many being slight palette swaps of one another, and the environments… they have a certain “amateur” look to them. They’re too detailed to work as intentionally bad graphics but too cheap to remotely compare with the lush graphics found in other games like Enter the Gungeon or Tangledeep.

While it can be charming to some, with slow pacing, uninteresting NPC conversations, and shallow mini-games served to create an experience, The Rainsdowne Players only just justifies the paltry $4 price point. It’s not a game I can freely recommend, not even when its on sale. Sure, I’m no theater critic, but this is one show that I feel confident in giving two thumbs down.