[Interview] From Zero to Hero: Creating a Sequel with Blaster Master Zero 2 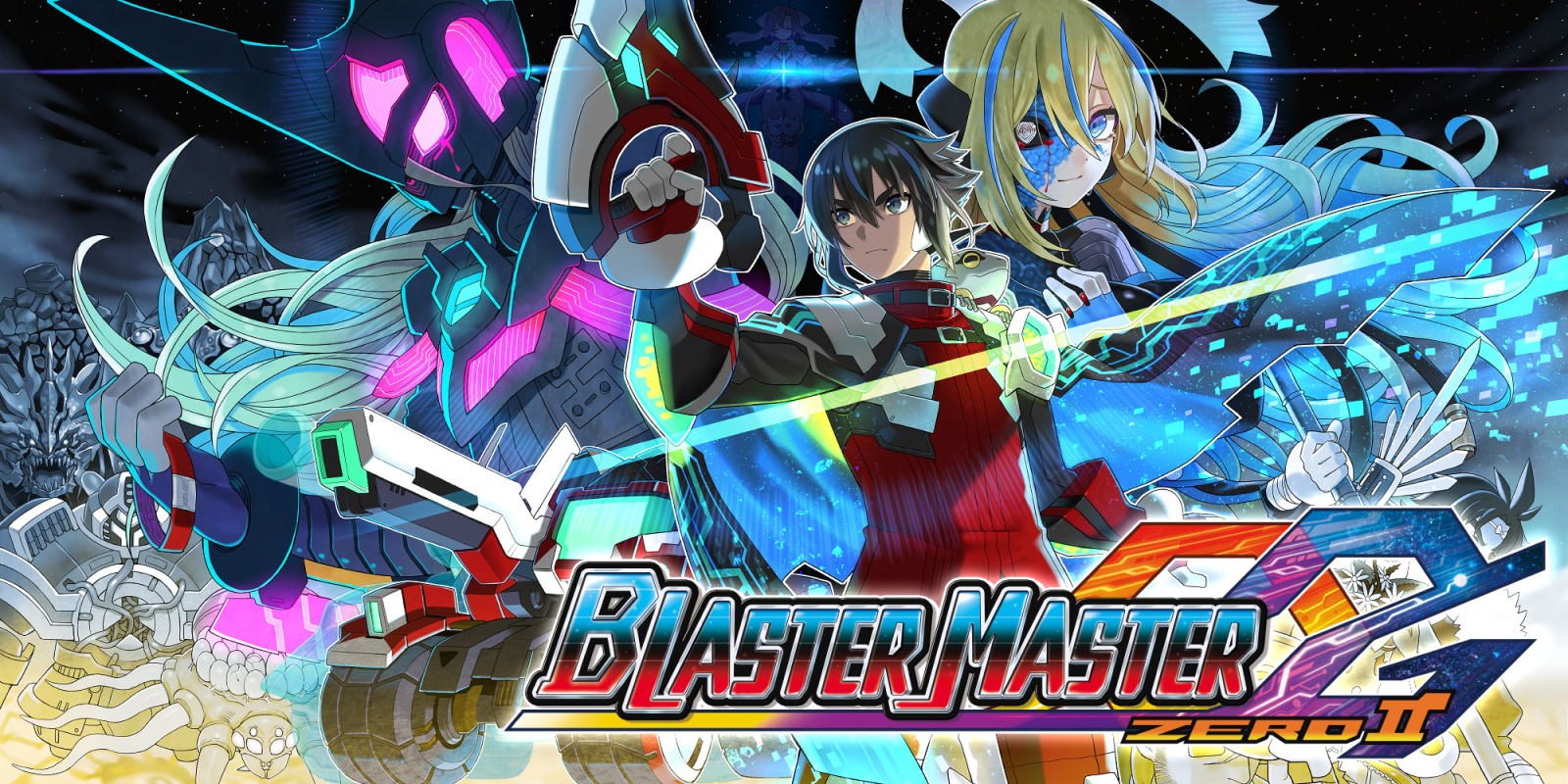 When it comes Inti Creates, all bets are off. They can be the masers of surprise, reveal a game you didn’t even know what you wanted, but buy on Day 1 and above all, their pixel work, is a work of art.

Bloodstained: Curse of the Moon really took me by surprise and the attention to detail, is something worth bragging about and their latest Switch release is no different. Released back in March, Blaster Master Zero 2 was a sequel none of us saw coming, but we’re so glad it did, and having had the chance to talk with Inti Creates’ very own Matt Papa, there was plenty to say and you can read it all right here:

In typical interview fashion, would you mind introducing yourself to our readers and tell us a bit about yourself, your background and your involvement with Blaster Master Zero 2?

Blaster Master Zero 1 & 2 in a Nutshell:

Miketendo64: For our readers who have yet to experience either Blaster Master Zero title, what are they? What is their correlation with the Blaster Master series and how do they play?

Miketendo64: Having had the opportunity to talk to you in 2017 regarding Blaster Master Zero for the Nintendo Switch and 3DS, you previously said Sunsoft retained some involvement in the development of Zero. Is this the same case with Zero 2 or were you given more freedom this time around?

Matt Papa: Sunsoft still holds the rights to Blaster Master, we only license the rights to make the games, so we obviously we need to get approvals and whatnot for some things, but the development, scenario, gameplay elements, etc., are all created by us at Inti Creates.

Sales & Praise may be reasons to warrant a sequel, but so is having a director to lead it:

Miketendo64: Clearly Blaster Master Zero proved to be a welcome release, since it garnered plenty of praise and sales. I take it these two things went a long way in making this sequel a reality?

Matt Papa: There are always a lot of factors that go into whether we make a sequel or not. While obviously good sales and positive reviews are always a good thing and can help push the decision, they are by no means the only factor. We will not develop a game if there is not a director here who wants to take up the mantle and lead the project, so I would say more than sales/reception that is one of the first things we look at. Thankfully, the director, Nishizawa-san, was by no means done with the story of Blaster Master Zero!

Matt Papa: I’m not sure exactly how many months it was, but dev time was pretty comparable to that of BMZ1, and yes, we indeed did use our in-house engine for this one as well.

A Time to move on:

Miketendo64: For the sake of getting it out of the way, what are the reasons for Blaster Master Zero 2 skipping the Nintendo 3DS?

Matt Papa: The 3DS had a great run for many years, but we, like many other developers, have since moved on and given the Switch our full attention.

Miketendo64: Is there a reason why you chose to stick with the 8-bit aesthetic instead of upgrading the visual art style to one similar to Mega Man 11?

Matt Papa: We take pride in our pixel work, and I will happily go on record in saying that I believe we have some of the best pixel artists in the industry. We love making games in that aesthetic, and despite what other franchises are doing, we will continue to create games in this style.

Miketendo64: Post-launch, Blaster Master Zero saw an array of updates that added a number of DLC characters, including Shantae and Shovel Knight. Can fans hope for a similar form of post-launch content? Can we hope for a character from Dragon Marked for Death to make an appearance?

Matt Papa: I can’t really speak to DLC possibilities at this point in time.

Miketendo64: While a physical release wasn’t on the cards for the first game, now that you have two Blaster Master Zero games on Switch, is there any chance you can see yourselves releasing a collection that packages the two games together?

Matt Papa: It’s certainly possible! We just worked with Limited Run Games to release Bloodstained: Curse of the Moon physically, so we’ll see what happens in the future!

Miketendo64: Given for the fact it was revealed in a Nindies Showcase and released on the same day, you must have been sitting on the news for Blaster Master Zero 2. Was Inti Creates always aiming for a stealth release, or was it something that just happened?

Matt Papa: Hehe yeah, you could say that we were sitting on this one for a little while. Doing a shadow-drop the way we did wasn’t always the plan from Day 1, but when the opportunity to be in the Nindies Direct came along, the timing just kind of worked out that way.

Miketendo64: Provided Blaster Master Zero 2 can reach the same success as the previous title, can fans of this revival hope for a third instalment?

Matt Papa: I certainly hope so, but it’s definitely too early to confirm anything one way or another.

Miketendo64: On the subject of success, is there any chance you might be able to comment on the fan reaction since release and give us a brief comment on how the title is doing so far?

Matt Papa: The fan reaction to BMZ2 has been super positive! It’s been fabulous seeing everyone’s reactions about the new mechanics and characters, and so far, it’s one of our highest rated games on Metacritic to date, so that’s pretty awesome too!

Gunvolt Chronicles: Luminous Avenger IX will be worth the Wait:

Miketendo64: Although unrelated to Blaster Master Zero 2, is there any chance we can get a quick update on the development of Gunvolt Chronicles: Luminous Avenger Ix? Is it still slated for release Winter 2019?

Matt Papa: I can’t delve into specifics right now, but I will say this. I’ve read the story, I’ve seen all the characters, and I think fans of the Gunvolt series will really dig this game once they get their hands on it. We’re working hard on this game every single day to get it into your hands as soon as possible, so just keep hanging tight, because I’m pretty confident that the wait will be worth it!

Matt Papa: I’ve been at Inti Creates for 4.5 years now, and I watched our Twitter grow to over 20,000 followers, met so many of you at conventions over the years, and see your passion for our games in all corners of the internet. Thank you SO much for that love, because let me tell you, it’s that kind of love and support that keeps us developers going when things get tough and deadlines are looming. Thank you!

Always a pleasure, never a chore. Cheers for chatting to us again Matt.

One thought on “[Interview] From Zero to Hero: Creating a Sequel with Blaster Master Zero 2”