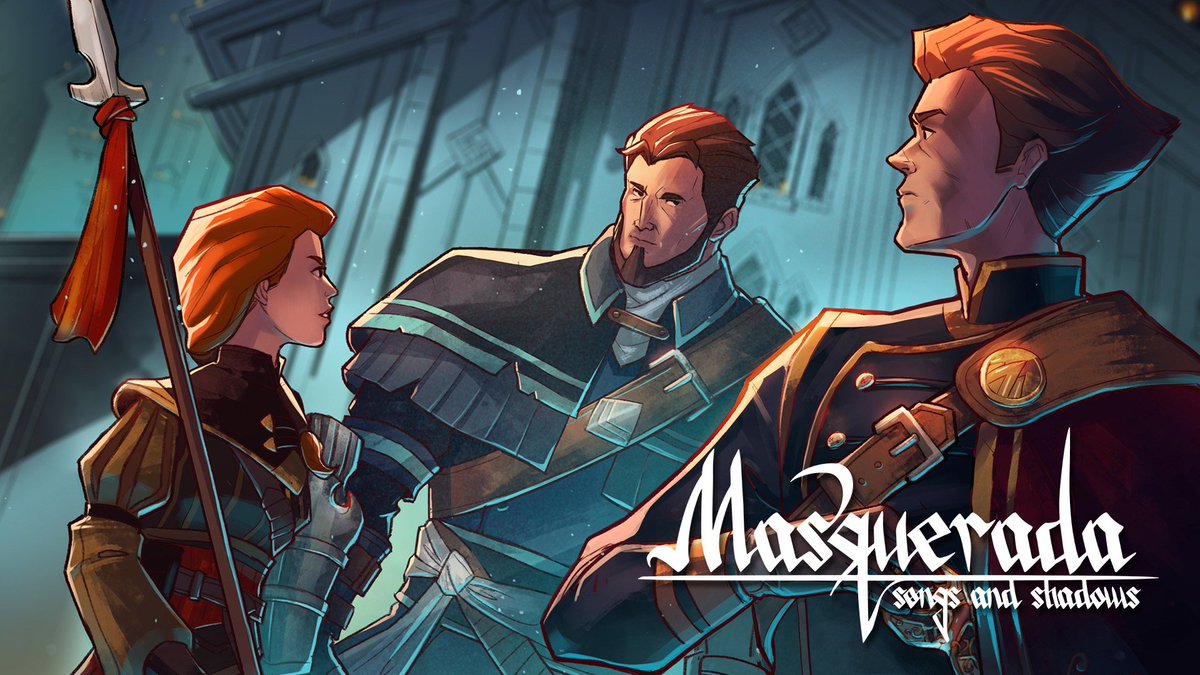 Masquerada: Songs and Shadows Unmasks Itself On Nintendo Switch This May

Ysbryd Games and Witching Hour Studios have announced that they are bringing their tactical RPG Masquerada: Songs and Shadows to the Nintendo Switch. The game will release on the hybrid console on May 9th. It features voice work from talented voice actors like Matt Mercer, Dave Fennoy, Ashly Burch, Felicial Day and who can forget Jennifer Hale!

You can chack out the official announcement below as well as a trailer for Masquerada: Songs and Shadows below.

Masquerada: Songs and Shadows Lifts its Veil on Nintendo Switch May 9

SINGAPORE – April 15, 2019 –Masquerada: Songs and Shadows, the tactical RPG from Ysbryd Games and Witching Hour Studios featuring the voice talents of Matt Mercer, Felicia Day, Jennifer Hale, Dave Fennoy, and Ashly Burch, is coming to Nintendo Switch May 9.
A friend’s disappearance leads Cicero Gavar on a journey through a fantastical world inspired by Renaissance-era Venice and brought to life in a vibrant, hand-drawn art style. Cicero will crush foes in real-time combat with tactical pause, combining his control over the elements with those of his companions on their adventure through a society at war with itself.
Only the wealthy and powerful can lay claim to Mascherines, masks that grant magical powers, though they have grown even more elusive in the five-year civil war that has destroyed many of the precious artifacts. Cicero’s party will unearth how intimately the secrets of their pasts are intertwined with the war, their society, and the history of the Mascherines.

“Masquerada was an incredible experience for me. As a lover of storytelling and character development, the incredible writing of the game drew me in immediately,” said Matt Mercer, voice actor for Cicero Gavar. “Now mix this grand tale with my love of Isometric RPGs of yore, and I’m sold on multiple levels. I’m not just a cast member of the project, but a dedicated fan.”

Masquerada: Songs and Shadows is available now on PlayStation 4, Xbox One, Windows and Mac for $19.99 and can be played in English, French, German, Russian, Brazilian Portuguese, and Turkish languages. It will be available on Nintendo Switch for the same price.