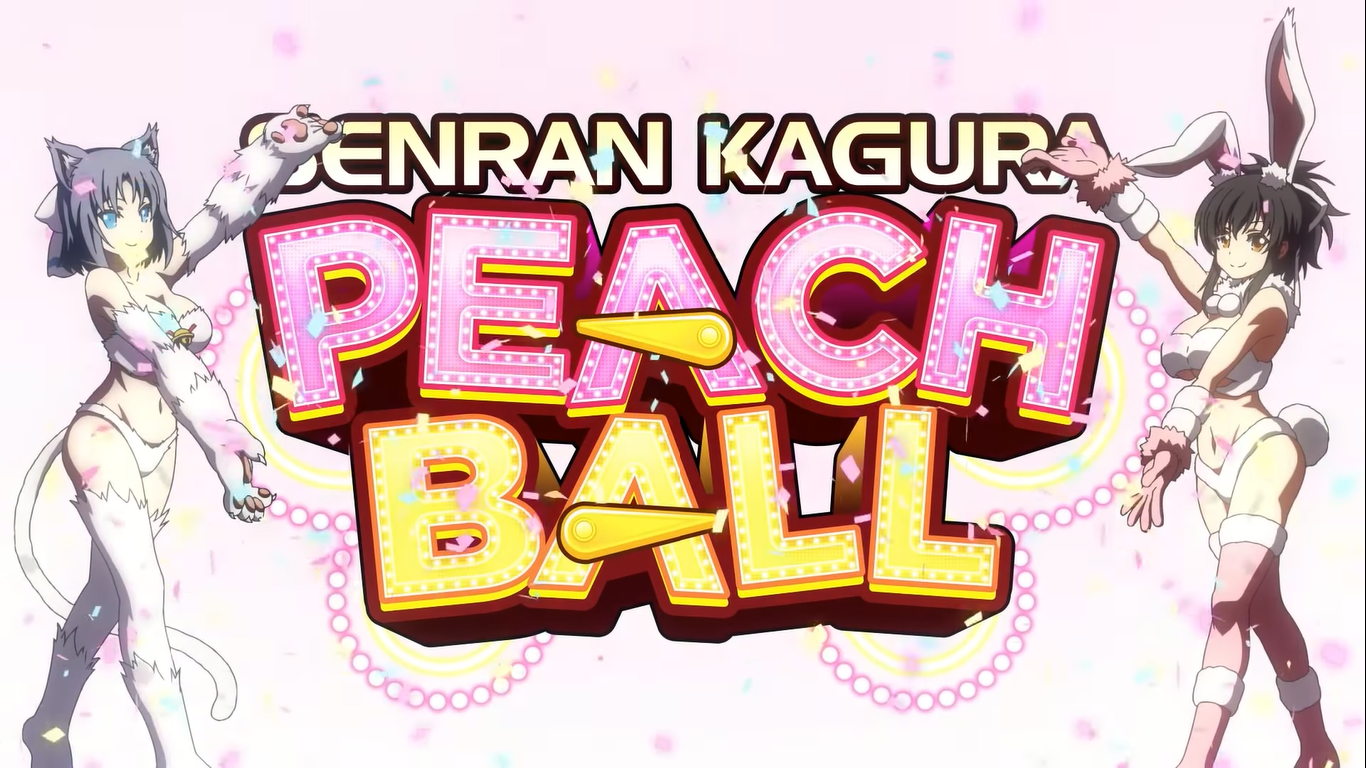 The SENRAN KAGURA Series has tackled many a game genre but and is still finding ways to take on more. The latest is the Pinball-themed SENRAN KAGURA Peach Ball, which Marvelous Europe has announced that they are bringing to Europe and Australia this Summer. It will be available digitally on the Nintendo Switch eShop.

We have a trailer for SENRAN KAGURA Peach Ball and the official announcment below.

Tunbridge Wells, England – 5th April 2019 – Marvelous Europe have today announced that the frantic pinball and playful fun of SENRAN KAGURA Peach Ball, the latest entry in the genre-spanning SENRAN KAGURA franchise, will be released within Europe and Australia for the Nintendo Switch digitally on the Nintendo eShop this Summer.

Clothes-shredding brawlers, rhythmic cooking contests, sunny water gun fights, massage therapy – what’s left for the shinobi students of SENRAN KAGURA to try? Well, there’s always pinball! However, Haruka’s “experiments,” conveniently located in the local arcade, have once again caused havoc for the girls. This time, her concoction has mentally turned some of her fellow shinobi into animals. The only way to reverse the effects is by using the mystical Peach Ball, which just so happens to fit perfectly in a pinball machine.

Plunge into this new adventure and flip, bump, spin, or ricochet the Peach Ball into the shinobi to return them to their normal selves. With customizable tables, special minigames, a story mode, and fan-favourite additional modes including diorama mode and the Dressing Room, SENRAN KAGURA Peach Ball is set to be one of the hottest pinball games yet.

About SENRAN KAGURA Peach Ball:
So…this is going to take some explaining. Haruka, the mad scientist of Homura’s Crimson Squad, is up to her usual experiments again, brewing up mysterious concoctions with unknown effects. Unfortunately for her fellow shinobi, she’s chosen the local arcade she works at as her laboratory, storing her experiments in the bathroom. After an accidental outbreak infects five of her shinobi friends, she learns that her latest concoction can transform those exposed it into animals, at least mentally.

Now, with Asuka, Yumi, Yomi, Ryona, and Murasaki causing wild havoc in and around the arcade, Haruka has devised a way to return these shinobi to their senses – the mystical Peach Ball. Applied to a subject’s body repeatedly, with the proper vibrational force, it can undo the effects of her experiment. Conveniently, it’s just the right size for a pinball table. Now all Haruka needs is a skilled assistant to operate the table, bopping each shinobi girl with the ball until she comes around.

SENRAN KAGURA Peach Ball is developed by HONEY∞PARADE GAMES, Inc. and will be published by Marvelous Europe Limited for the Nintendo Switch in Europe and Australia this summer. The title will be available digitally on the Nintendo eShop and has been rated PEGI 16, USK 18 and MA15+.