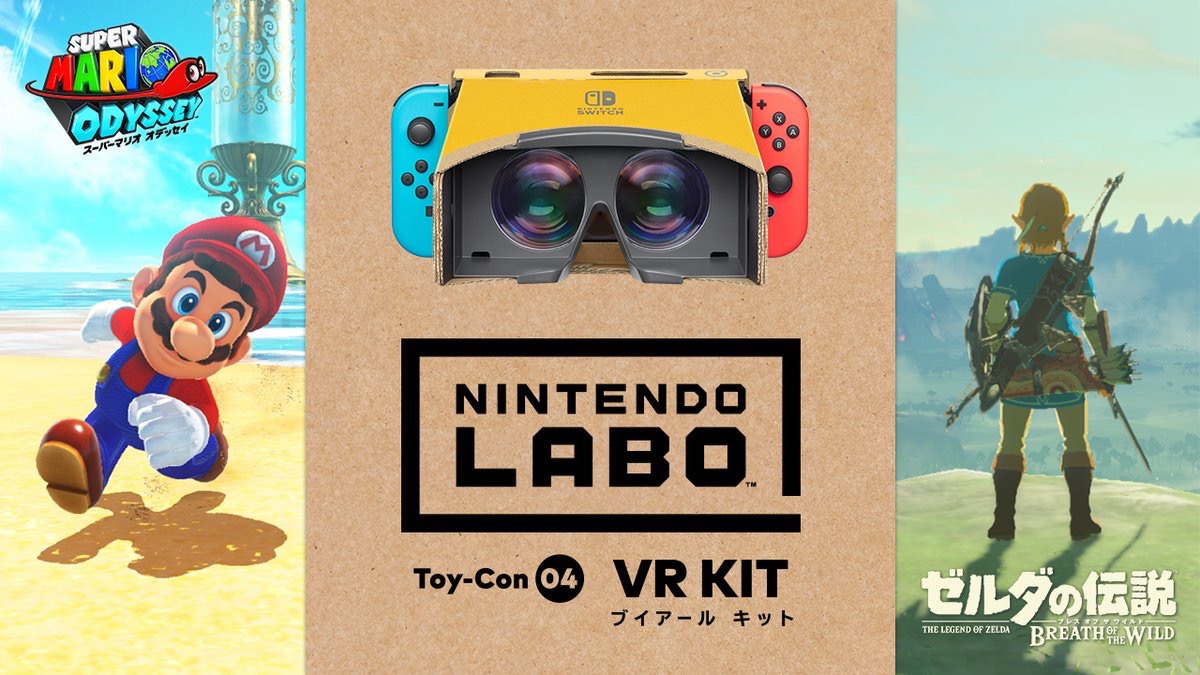 Previously with Nintendo Labo, we have already seen support added to Deemo and Mario Kart 8 Deluxe, but now Nintendo are going bigger and better. Using the VR Goggles that come with the VR Kit, players will be able to experience Super Mario Odyssey and The Legend of Zelda: Breath of the Wild, from a new perspective.

The only downside to this reveal is that while the new kit releases April 12, support for both games won’t be added until April 25. A video & tweet associated with today’s reveal can be seen here: