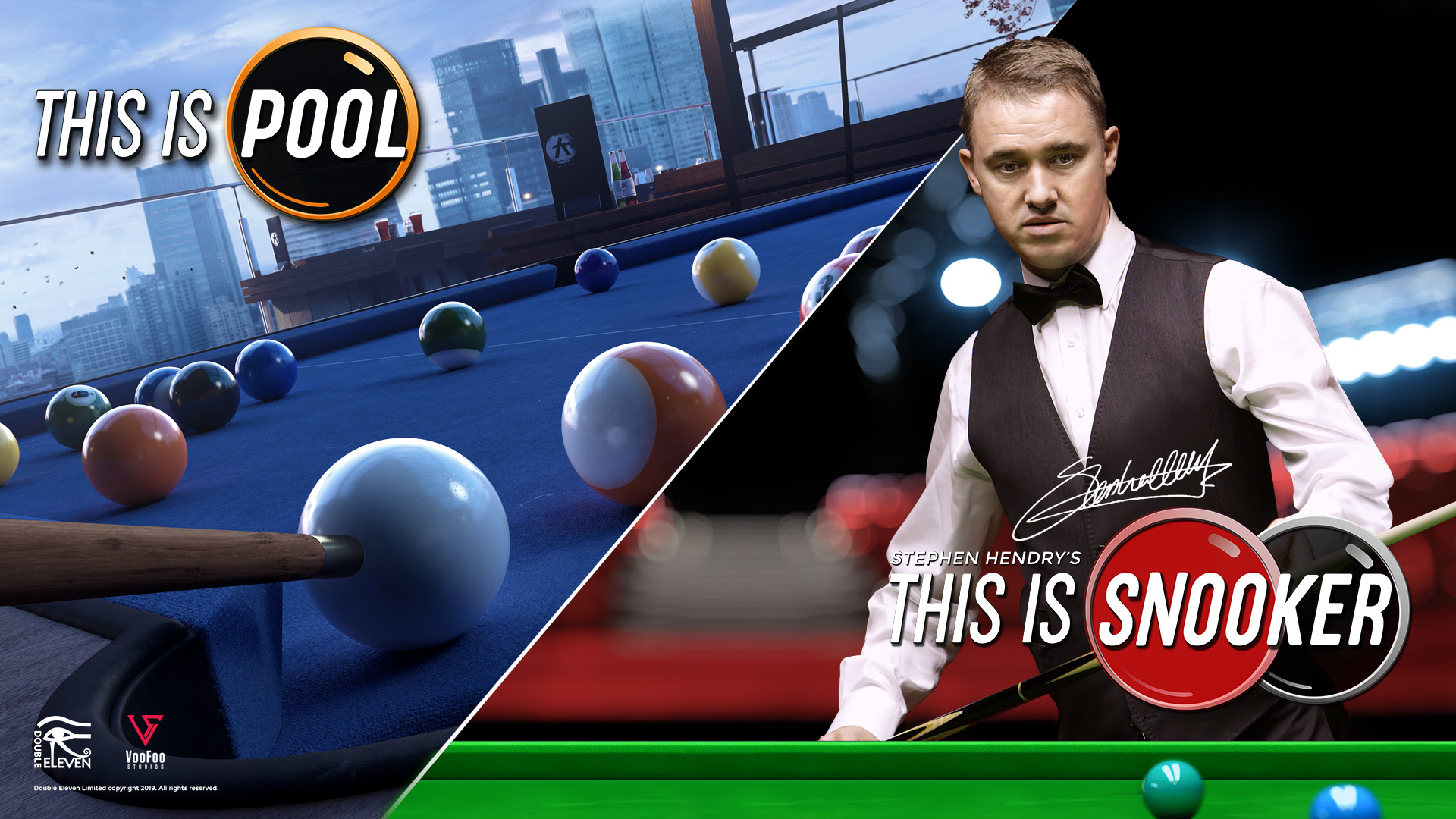 Stephen Hendry’s This Is Snooker Coming To Switch

VooFoo Studios, The developers behind This Is Pool have a new game to announce. This Is Snooker featuring the legendary World Snooker Champion Stephen Hendry is coming to the Nintendo Switch as well as other consoles and PC. A Deluxe Edition will also be available that will include both This Is Snooker and the previously released This Is Pool in one package.

An exact release date has not yet been confirmed but if you would like to know more about the This Is Snooker, you can find out more in the official announcement below which also includes a trailer.

Former world number one for nine seasons, Hendry is widely regarded as one of snooker’s greatest ever players. Stephen features in the game as both an AI opponent and expert mentor in a series of exclusive ‘Cue Tips’ videos designed to help improve your real-life and in-game snooker skills. Players will also be invited to play-through a series of arcade scenarios that challenge you to recreate defining moments in the snooker legend’s record-breaking snooker career.

VooFoo Studios has worked meticulously with Hendry to recreate his unique characteristics and attacking style of play in-game and to enhance their ability to create totally believable cue-sport physics in a stunningly realistic simulation of one of the world’s most exciting and competitive sports. Also featured in the game is world-renowned professional snooker and pool referee, Michaela Tabb, whose familiar voice brings authority and authenticity to the in-game referee.

“Working with one of the world’s greatest ever snooker players has helped us create an incredibly realistic cue sports simulation” said Shaun Read, Game Director at VooFoo Studios. “We’re very excited to have Stephen involved, his input has enabled us to really fine tune the game mechanics to make This Is Snooker by far the best cue sports simulation we’ve ever made.”

Stephen Hendry commented: “I’m really proud to be involved in the development of such an ambitious recreation of snooker. I’ve been really impressed with just how realistic This Is Snooker is and the level of detail that has gone into making it look and feel so real.”

This Is Snooker has been developed from the ground up using VooFoo Studios’ completely revamped proprietary game and physics engine. “The unique new set of tools at our disposal has enabled us to do things we’ve never done before that will take the game and genre to a whole new level,” stated Mark Williams, Technology Director at VooFoo Studios. “Our new engine has allowed us to create unrivalled levels of graphical fidelity and hyper-realistic, true-to-life ball physics, we’re confident we’ve created the most technically advanced cue sports game ever made.”

Published by Double Eleven and developed by cue sports masters Voofoo Studios, This Is Snooker will include the previously announced title This Is Pool and will be available as the This Is Snooker – Pool Deluxe Edition, in a content-packed, complete cue-sports experience. This Is Pool will also be available to purchase separately. Play every major type of cue sport in six painstakingly-detailed locations with full pool and snooker career modes, mini games, trick shots, practice mode and extensive local and online multiplayer modes in a truly immersive cue sports simulation.

This Is Snooker – Pool Deluxe Edition is coming soon to PlayStation®4 computer entertainment system, Xbox One, the Nintendo Switch™ console and Windows PC.