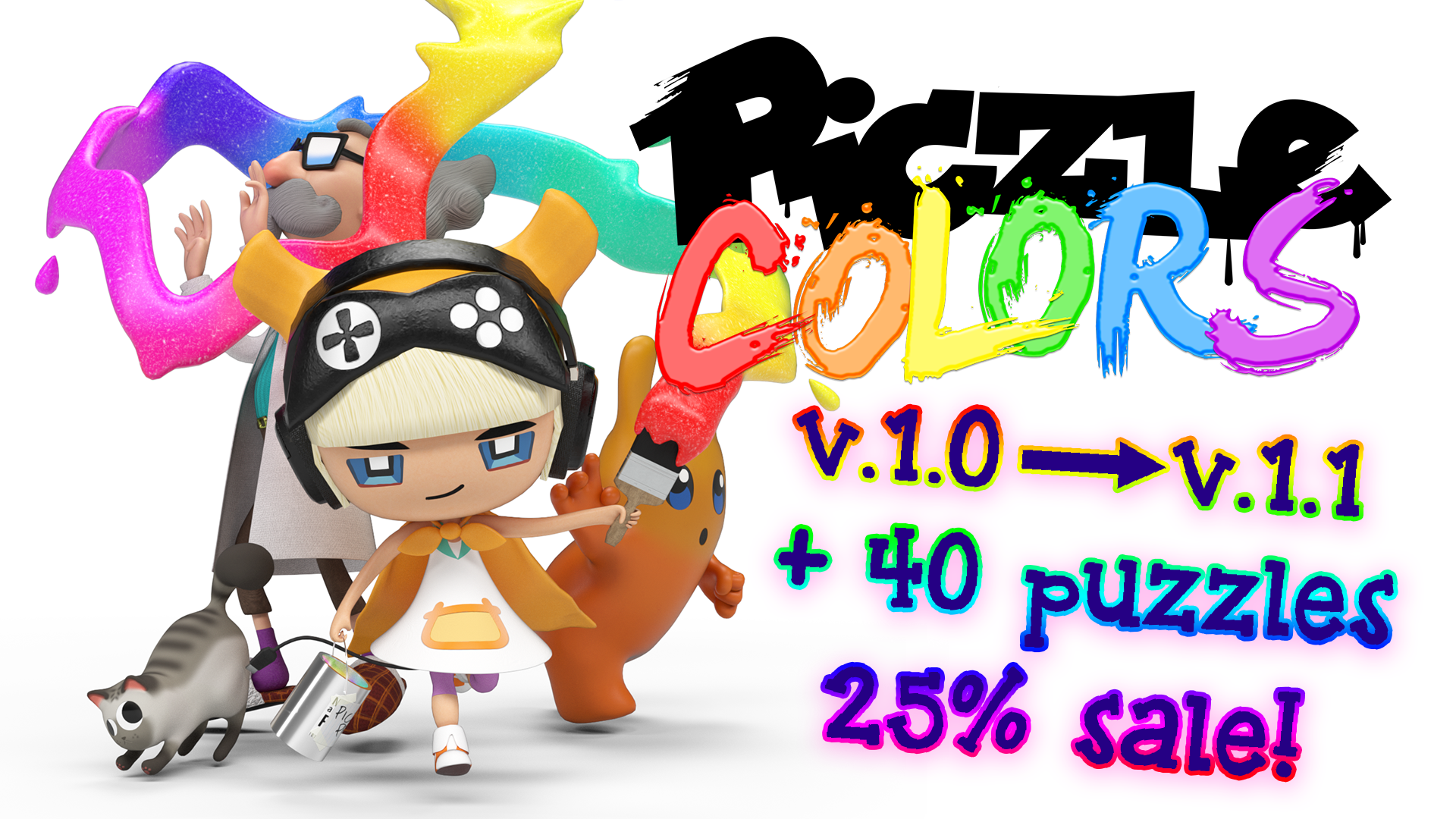 Piczle Colors from Rainy Frog has recently received a new update that includes a new pink paint can and 40 new puzzles. Thats not all though, the 40 puzzles come together and reveal one large picture! To commemorate the free update, Rainy Frog are offering the Piczle Colors with a 25% off discount until April 11th.

The Update also comes with a patch to make fixes and improvements to certain issues and also includes extra usability controls and more.

We have the official announcment below.

We’re so glad you’re enjoying Piczle Colors, the latest in the growing series of Piczle logic-puzzle games. We’ve released this patch to add a few improvements and fix a few things!

The controller input received an extensive overhaul to make playing with the controller a lot smoother! This also includes the ability to exit out of any menu by pressing the B button.

We’ve listened to player feedback and made a few changes to help customise the puzzling experience to your needs! While playing a puzzle press the JOYCON directional stick buttons to bring up a dedicated usability menu. Here you’ll find options such as changing the background colour, adding visual aids, changing the sound of the paint and even being able to see the hint numbers for completed segments. The good news is that these settings are saved and automatically applied every time you play Piczle Colors!

Which came first? The day or the month? We’ll never know, but just to make sure date formatting now conforms to regional standards.

Who made this? What is this? Don’t care about any of that and just want to start playing? Now you can! The company logos at the beginning as well as the game’s introduction are now skippable.

Gah, spelling mistakes! Probably the worst kinds of mistakes ever! We found a few and fixed them, as well as some bugs, and added a few tweaks and improvements here and there.

A new puzzle section has been added, accessible from the main menu, though you’ll need to earn at least 100 coins to unlock it first. This time it’s a collection of 40 puzzles each uncover one small part of a larger image. These don’t count toward your overall puzzle and coin clearage rates!

To make sure you’re playing the latest version of Piczle Colors check the version in the credits screen under the Extras menu. It should read “v.1.1.0”.