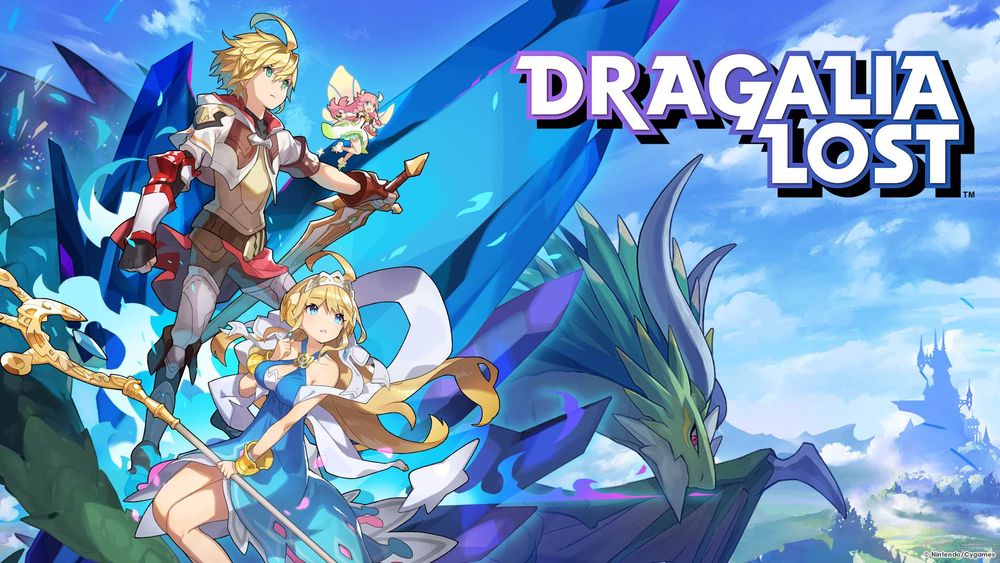 With this update, we’ve fixed various issues and added and changed some features.

And to commemorate the update, we’ll be sending everyone a Tenfold Summon Voucher! This notice will be modified after they’ve been distributed.

・Multiple Skip Tickets can be used at once. Up to 10 Skip Tickets (and the stamina required to use them) can be spent at once to clear the same quest.
・Added mana to the daily bonus for the Avenue to Power recurring events. Note: Mana will be added on Feb 25 22:00, 2019(PT).
・When moving to the Dragon’s Roost, the last dragon that you gave a gift to during your previous visit will be shown.
・You are less likely to become disconnected from Co-op Play when your device is suspended under certain conditions.
・In the Halidom, you are able to collect items from facilities that are under construction. Note: The amount of items that are produced during construction is based on the production time of the facility before it was leveled up.
・A notification is shown on the Castle and Castle Grounds buttons when a facility in the Halidom has completed construction.
・In the Craft portion of the Crafting screen, when you tap View Tree for a weapon, then go back to the Crafting screen, you will return to the weapon category that you had selected before tapping View Tree.
・Unified the terms “decreases damage” and “reduces damage” in wyrmprint ability descriptions to “reduces damage”.

The following additional features and changes will be applied in data updates after Feb 27 21:30, 2019(PT).
・If an adventurer is afflicted with freeze, the freeze affliction will be removed when they receive one attack by an ally.
・When an adventurer is afflicted with stun or sleep and a certain length of time passes, if they receive an attack accompanied by the stun, sleep, or freeze affliction, then the received affliction will be removed.
・When participating in Co-op Play as a guest, the game will switch to solo play (and you may continue playing the quest) if the connection to the host is interrupted.
・We have updated the list of materials that can be exchanged in the Imperial Onslaught Treasure Trade found in the Shop.
Insignias can now be traded for royal insignias of the same element, and vice versa. Ex: Vermilion Insignias can be traded for Royal Vermilion Insignias, Royal Azure Insignias can be traded for Azure Insignias, etc.

The following issues have been fixed in this version.
・In The Imperial Onslaught: Battle in the Dornith Mountains, the attack from the boss skill Phantom Assault may miss.
・In The Imperial Onslaught: Battle at Mount Adolla, the action marker that appears when the boss skill Phantom Assault is used may not appear under certain conditions.
・In every Imperial Onslaught quest, the boss may be moved by an allied adventurer’s attack while it is in the middle of its attack action, resulting in the attack area not matching the action-marker area.
・When an adventurer’s HP is exactly 30% of their maximum HP, the effect of the wyrmprint ability Last Offense +X%, that triggers when HP is at or below 30%, may not trigger.
・If the buff provided by Addis’s skill Dignified Soul ends while he is in dragon form, then the Bamboo Cutter skill will continue inflicting bleeding instead of poison.
・If an enemy is broken in the middle of performing a specific attack, then the enemy may remain floating in the air.
・If an adventurer is not moved after a quest begins, then adventurers who are a part of your team other than the one you’re controlling may also be unable to move even after being attacked by an enemy.
・If an adventurer is moved after a buff skill is used, they may temporarily stop moving.
・If an enemy is too close to or directly below an adventurer, then the adventurer’s skill may miss.
・On the Co-op Play screen, if you have insufficient getherwings and restore them, then the icon on the screen that indicates insufficient getherwings does not return to its normal color.
・On the quest-clear screen, the Friend Request button can be selected even for a player who you have already sent a request to.
・When playing a quest with a time limit in Co-op Play, if an adventurer is defeated and another player clears the quest while the continue screen is open, then the remaining time will not stop counting down.

Fixes for the following issues will be applied in data updates after Feb 27 21:30, 2019(PT).
・If the adventurer you control uses a dagger and the Auto feature is enabled, then the adventurer may use a skill even when the attack is out of range.
・The Might shown on the A Heartfelt Gift wyrmprint is lower than it should be.

It may take time for the store to reflect the updated information. Players may not be able to perform updates due to their device’s data cache being full. If you are unable to perform the update, restart your device and then try downloading it from the store.