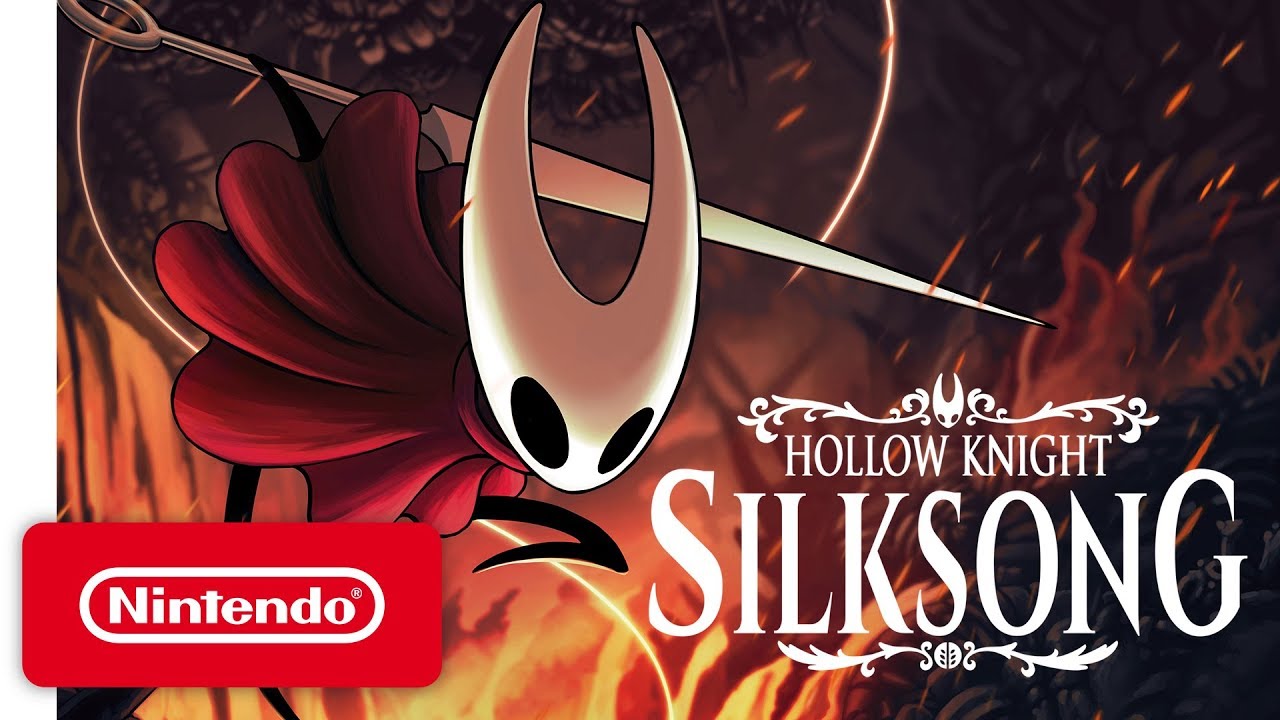 The team behind the original Hollow Knight Team Cherry is back for more with a brand new sequel! Hollow Knight: Silksong will see a brand new adventure across a brand new world featuring the character Hornet who you may be familiar with from the first game! Find out full press details below, although a release date was not given. I know I’m excited to dive back into the world of Hollow Knight!

Hollow Knight: Silksong is the second game by Team Cherry (that’s us!) and the full-scale sequel to Hollow Knight.

And Pwoarrrrrrowza! if this one hasn’t been a struggle to keep under-wraps! Hidden behind the scenes, Hornet’s gigantic adventure has been growing (and growing and growing!) for well over a year now, with the very first pieces coming together right after the original PC release of Hollow Knight on Feb 24th 2017.

Almost from the very start, Hornet’s adventure was intended to take place in a new land, but as we dove in, it quickly became too large and too unique to stay a DLC, as initially planned. We do know that makes the wait a little longer, but we think the final, fresh world you’ll get to explore is worth it.

Hollow Knight: Silksong will be available, at launch, on Windows, Mac, Linux & Nintendo Switch. More platforms may happen! Just remember, we’re 3 people, already working rather hard, so we haven’t committed to anything else just yet. We don’t wanna collapse before we get this massive bug kingdom ready for you.

As Hornet, princess-protector of Hallownest, adventure through a whole new kingdom haunted by silk and song. Captured and brought to an unfamiliar land, Hornet must battle foes and solve mysteries as she ascends on a deadly pilgrimage to the kingdom’s peak.

Hollow Knight: Silksong is the epic sequel to Hollow Knight, the award winning action-adventure of bugs and heroes. As the lethal hunter Hornet, journey to all-new lands, discover new powers, battle vast hordes of bugs and beasts and uncover ancient secrets tied to your nature and your past.

To our 2158 Backers, you’ve heard it before, but Hollow Knight, and now Hornet’s entire adventure is thanks to you!

Thanks to the incredible support of players and Kickstarter backers, what started out as a tiny game jam idea has become a game bought and played by over 2.8 million people!

As a backer, your support made this happen, so you’ll of course be receiving your copy of Hollow Knight: Silksong 100% free.

But we also know that times change, and the Nintendo Switch is quickly becoming a common (and excellent) console to own. Because of that, any backer of the game from the $10AUD and above tiers can choose to receive their copy of Hollow Knight: Silksong free on either PC or Nintendo Switch, at launch. We’ll shoot out a simple survey as we get closer to release to find out which version you’d like to receive.

Hollow Knight: Silksong PC (Windows, Mac & Linux) copies will be supplied as both a Steam Key and a DRM free version.

For Silksong, backer content is again seamlessly integrated into the main game. Get ready to dance with operatic queens, battle mysterious assassins, scale a soaring warlord’s tower, and that’s just to start! If you’re one of those backers, and haven’t heard from us recently, don’t worry! We’ll be reaching out in the near future as we lock down the remaining pieces.

With Silksong finally out in the open, expect lots more details in the near future. For now though, the three of us are diving back in to build this big, wild, elegant, insane world of knights, princesses, beasts and bugs!