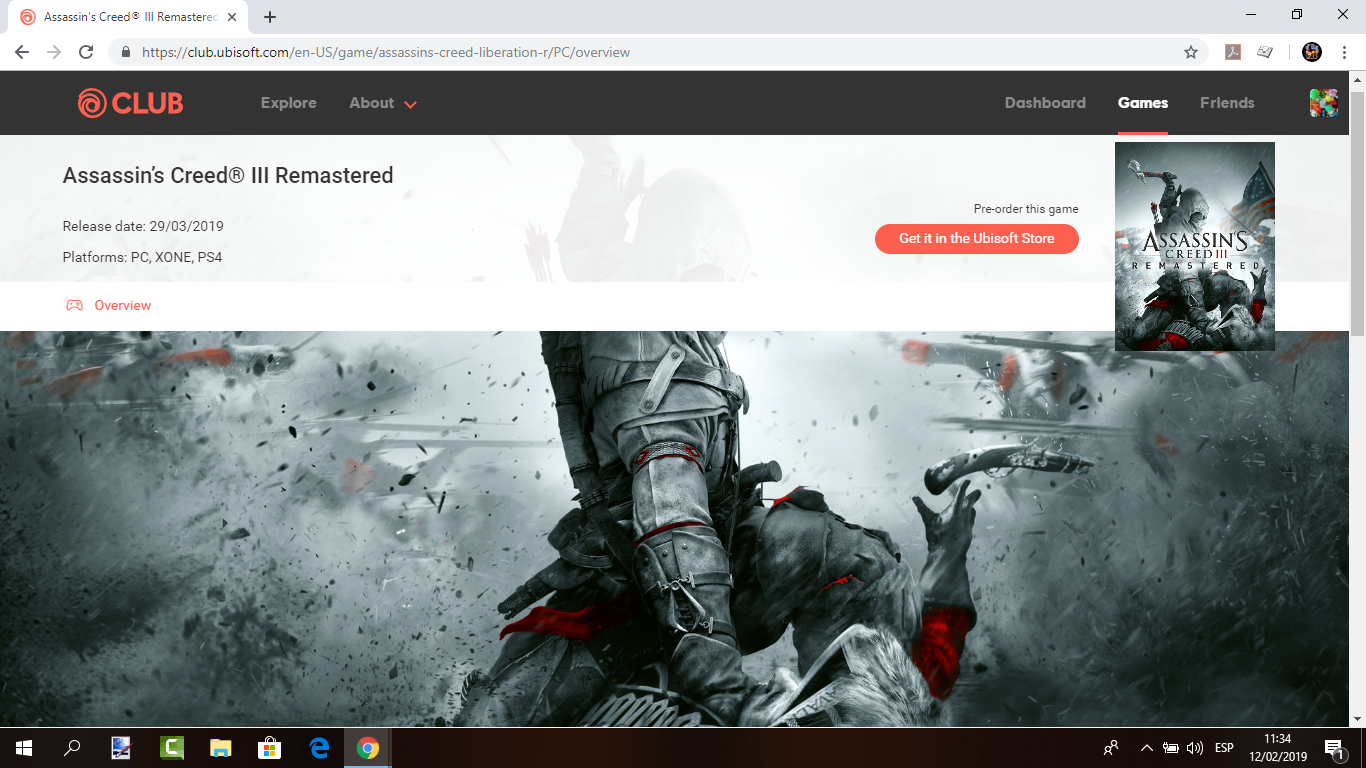 However, Ubisoft have since removed the listing from the site, leaving many of us wondering what exactly is going on?

Other rumours have pointed to a Nintendo Direct coming some time this week (February 13th seems to be the key date). Whether there is a Nintendo Direct on the way which, will officially announce Assassin’s Creed III Remastered for the Nintendo Switch would not surprise us, It happened with Yoshi’s Crafted World when it was listed on Nintendo’s own website before they took it down immediately after.

I guess we will just have to wait and see.