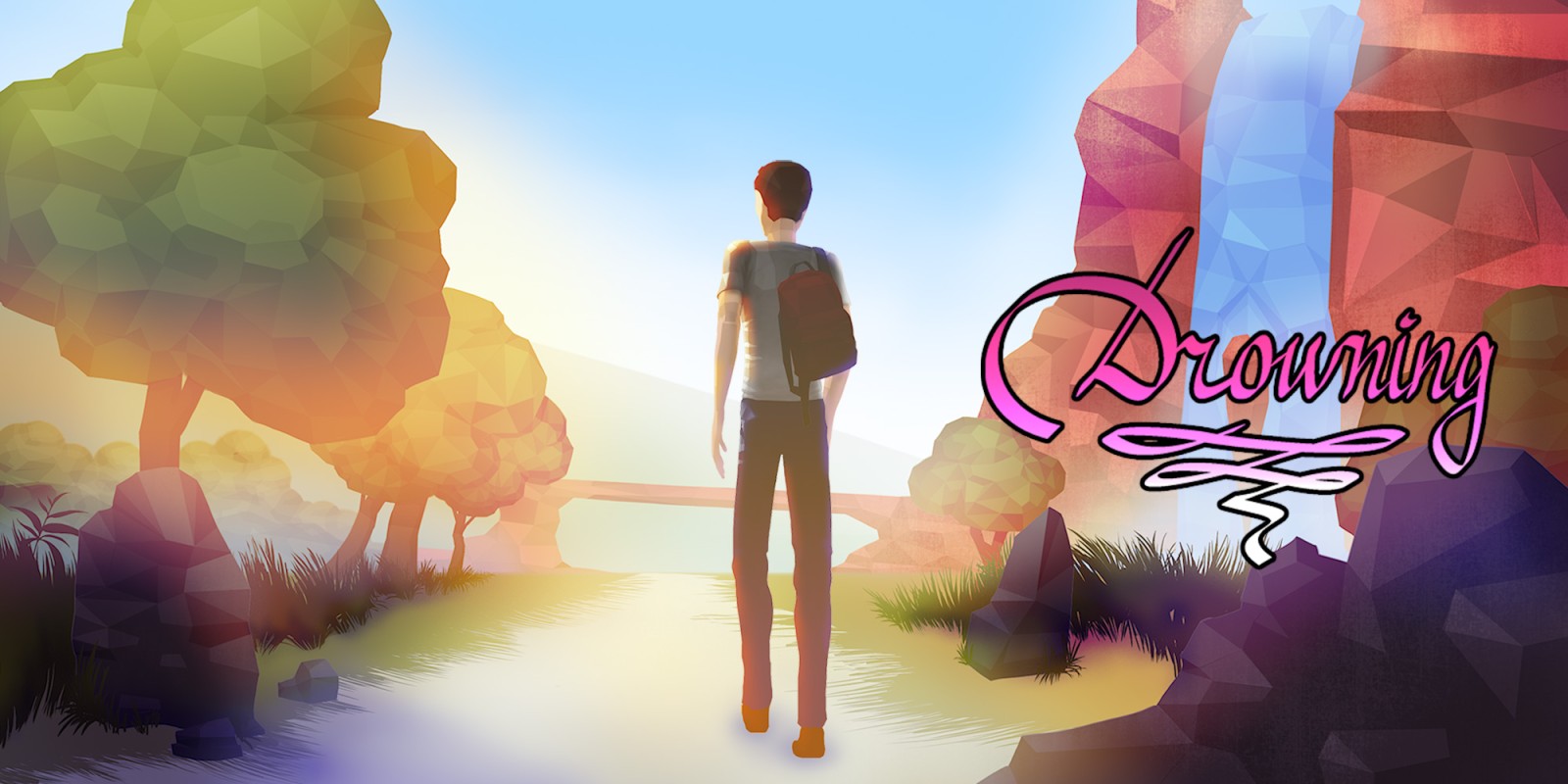 It’s rare to see video games tackle strong subjects like depression, as it’s definitely a complicated subject to talk about. Everyone affected by this emotional instability has different experiences, yet developer Polygonal Wolf is bold enough to tell the story of someone that has lived this heavy weight.

Drowning is a fictional story about a young boy that goes through depression in his late years at school, and how he’s consistently being tormented by his own decisions and social activities. The concept is strong, but the execution in story-telling falls flat.

It’d be criminal to spoil the game’s plot, as that’s the main focus of the game. To sum it all up as simple as possible, it’s a story about a boy who encounters himself with a person that tries manipulating his thoughts and feelings so he could isolate himself from the rest of the world. This person hits all the emotional notes and quickly changes the life of the boy.

Throughout the years in high school, the boy starts to feel lonely and soon after depressed. The rest of the story talks about how the boy tries to overcome his newfound enemy and try to live without him. The story goes into much more detail than what I quickly explained here and shows the ups and downs of this boy’s life.

Drowning is a first person walking simulator where the player controls the protagonist, a young unnamed high school student who walks through different settings throughout the story. While the player follows a road, the story’s words appear at its center for the player to read. You progress through the game by reading the story all the way until the end. It’s a unique way of storytelling which is great to experience the first few minutes, but quickly starts feeling more like a chore to do.

What I mean by that, is while the plot is great and the reading is enjoyable, the player will be holding upwards the analog stick to move during most of the game. One run through the story takes around thirty to forty minutes, which is quite extensive for holding down one button input. My hand started to cramp up and get tired after a while. Aside from that, the players walking speed is ridiculously slow, this in exchange slows down completely the pacing of the gameplay and story.

There’s not a lot of replayability after the first run, aside from getting a few collectables and seeing all the multiple endings. Unlike the PC version, the Nintendo Switch doesn’t have achievements, so getting these collectables are ultimately useless.

There are a few different endings, all of which change the story’s finale. To get all of the multiple endings, players must redo the entirety of the forty minute campaign. This wouldn’t be a problem if the gameplay weren’t going at a slow tempo. There’s no way of saving the game’s progress, meaning that players must restart all the way from the beginning if they stopped halfway through.

I really liked walking through the low poly visual environment. It’s simple but works well with the story’s narrative. There’s various different settings the player will walk through, and I was more than surprised to see some of the late game scenarios.

The only “issue” with the environment is how it was occasionally visible to see textures load and pop up in the distance.  Drowning’s soundtrack is also a great highlight. It’s soothing and fits great with the story’s pacing and narrative. Usually, there are only one or two instruments playing the themes, but it’s played really well.

Prompts to developer Polygonal Wolf for creating a game based on such a heavy and delicate subject like depression. The story of Drowning successfully succeeds in making me feel as if I were the unnamed boy fighting his inner demons. The low poly environment is great as well as its calming soundtrack.

Unfortunately, the slow pacing of the character’s movement, makes it feel like the game’s short story drags on longer than needed, but even with minimal replay value after you’ve seen every ending, at $2.99, it is a decent game that warrants consideration.