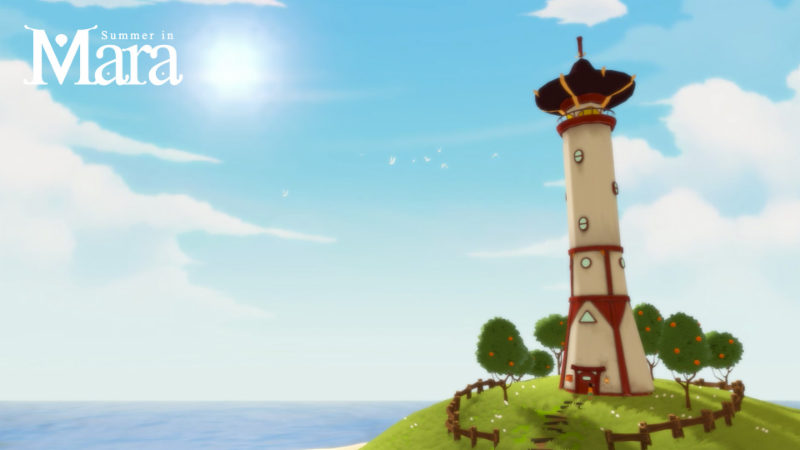 A new game that hopes to wash onto the shores ot the Nintendo Switch and other consoles is the adventure game Summer In Mara. Developed by Chibig Studio, Summer In Mara is inspired by the likes of The Legend Of Zelda: Windwaker and Stardew Valley. The developers have opened up a kickstarter campaign which has a goal of $20,000 USD to be reached before March 8th. Those that pledge $13 USD or more will be able to get a digital copy of the game before official release as well as their name in the credits.

If you would like to know more about the game, we have the official press release below as well as trailer.

Summer in Mara, a tropical adventure on Kickstarter

Summer in Mara, the new game by Chibig Studio, hits Kickstarter today. Set in a tropical archipelago, Summer in Mara is a summer adventure about taking care of your own island, farming your land and crafting new tools. Also, you can sail away to explore the ocean.
Koa lives by her own in the home island. Mara, the ocean that brings us life, has always called her. Now, with her boat, she can explore this ocean and discover new islands.
With new islands come, new people, ready to meet you and trade with you.Befriend them is very important since it will make Mara a better place. Because the ocean is in danger. An evil corporation called Elit wants to conquer and exploit Mara’s resources.
Koa needs your help to finish Mara’s story.
https://www.youtube.com/watch?v=vEJFxmioLFU&feature=youtu.be
Just for €16, you can get the digital version of the game for PC, PlayStation 4 orNintendo Switch. But we have all sort of goodies for our backers:
Summer in Mara is a mixture of all the things that we love: the exploration in The Legend of Zelda: The Wind Waker, the farming in Stardew Valley, the visual aspect of Studio Ghibli’s movies and the adventure feeling of your childhood summers.
Summer in Mara will sail away to PC, PlayStation 4 and Nintendo Switch in summer 2019.