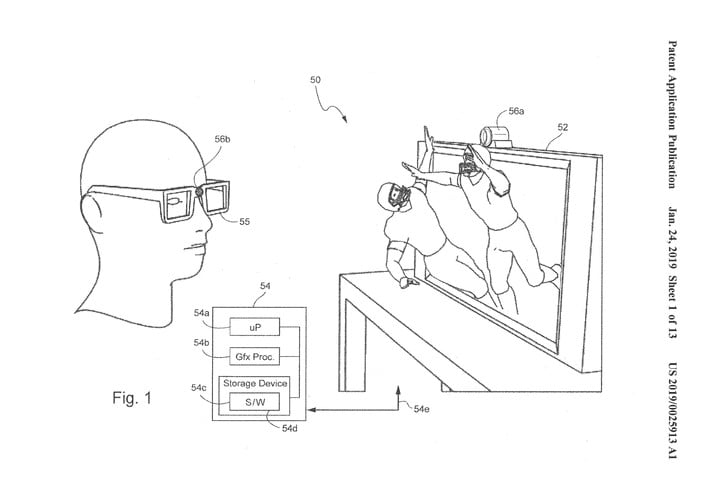 Nintendo have had publlished a new patent today with the United States Patent and Trademark Office. The Patent is for “Eye Tracking Enabled 3D Viewing” which was filed sometime back in September 2018. It is for a device that can supposedly see where the users is looking, so that it can provide the most optimal 3D viewing angle.

We have some additional information below on the patent:

– Patent is a continuation of other previous patent applications that date back to 2010
– It details the issues that have come to light when trying view television set images in 3D
– Rather than the use ofspecialized 3D display or glasses, Nintendo’s approach is to place a device that tracks the eye on top of a conventional display while give the best 3D image
– To better improve the tracking capabilities of the camera, viewers can wear a special marker on their head for the device to track.
– The sketches provided in the patent show a tiny marker is placed on the user’s glasses. Judging on the size of the marker, it shouldn’t impede the user’s vision.
– “Viewpoint movement detection can provide collision-related game logic benefits such as allowing a player to dodge projectiles, giving a game character an ability to ‘see’ the player when not behind line-of-sight obstacles, and other advantages”

Whether Nintendo will actually do anything with this patent is unknown. Nintendo have made a number of patents in the past to protect ideas that they have come up with but not necessarily to use themselves.