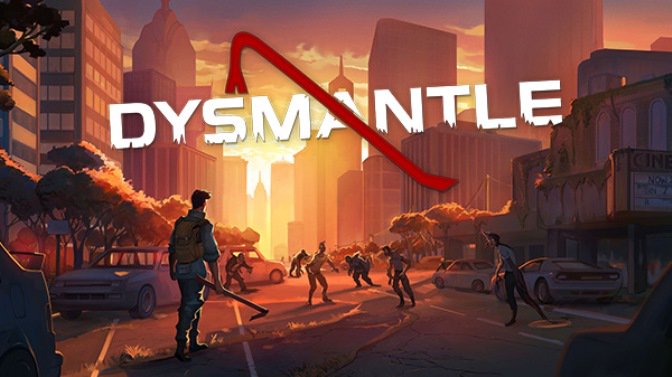 10tons announce Dysmantle (Aiming for a 2019 release for All Platforms)

When it comes to the Nintendo Switch, 10tons have been awfully quite lately, but not anymore. Today the developer and publisher has revealed that a new project is in the works and that the described “open-world RPG where you ruin everything” is planned for all platforms.

10tons have also stated they are aiming for a 2019 release and trailer has been provided, which you can find below, along with additional details that have been shared regarding the newly announced title:

The open world action RPG where you can ruin everything.

Ascend from your shelter. Escape the wretched island.

DYSMANTLE started as a rather simple prototype exploring if it’d be possible to make a fun game about breaking stuff, collecting the parts, and building something out of those parts. This thought was hugely inspired by the mining games such as Motherload and Steamworld Dig even though they are 2D platformers and take place in a completely different kind of environment. The scope of the game escalated quickly, but one of the core mechanics in DYSMANTLE is that — with the right tools — you can break more than 99% of the objects you encounter in the game world. (What’s the less than 1 percent then? Well, for obvious reasons we can’t allow the player to break stuff that they’d need to interact with in order to progress in the game.)

Breaking stuff (aka. ruining everything) is just one aspect of the game though. The game is categorized as an open world action RPG, which means it also has the regular RPG elements such as fighting, leveling up, crafting better gear, and so forth. A few parts of the game structure and exploration were inspired by games like Zelda Breath of the Wild and Dark Souls. The game can be challenging if you go to an area you’re not supposed to be at, but we’re not targeting Dark Souls difficulty with this game. What’s more essential is making your progress feel great and meaningful.

In addition to all that, we decided to throw in all sorts of auxiliary activities such as hunting, fishing, and farming to make sure the player has always something different to progress at. If you’re getting tired of beating the vile creatures (or maybe they are too hard to beat for you), you can plant a few seeds and go fishing which will also provide you experience and better gear (through the materials you get). This in turn will help you beat the monsters more easily. There are also different kinds of puzzles to be solved. One of the recurring sights you see on the island is the ancient tombs of the old ones (ruins below the ruins of the modern world). Raiding those tombs will reward you with very exotic and powerful materials with magic-like properties.

DYSMANTLE is built using the latest iteration of 10tons game technology. We had to make some extensive changes to the 3D engine that previously powered Tesla vs Lovecraft. DYSMANTLE is an open world game, which basically means we have to be able to stream one huge map based on where the player is at, is looking at, and is expected to go next. There are no loading screens shown when you move around in the game world (unless you enter an underground dungeon which is technically a new map). All that needs to be done without dropping frames (maintaining a steady framerate) even on our lowest targeted devices.

All this is quite a tall order for a small team like ours. It’s a lot of different game mechanics and design to put together, and lots of new pieces of technology we need to develop. Most of that work is already done, but the game itself is definitely not ready yet (January 14th, 2019), but we’re targeting a 2019 release in one way or another.