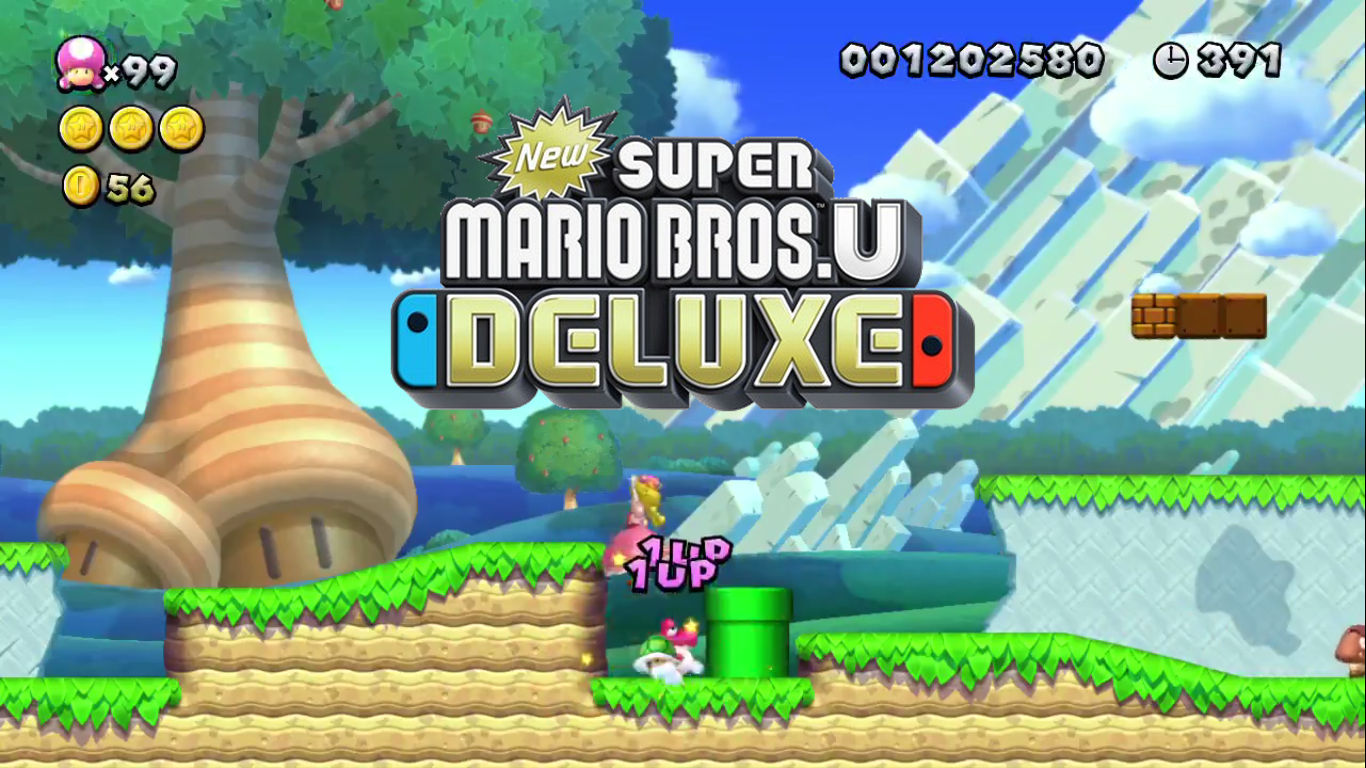 What’s a Super Mario Bros. game without an infinite lives glitch? So, for those of you who picked up New Super Mario Bros U. Deluxe for your Nintendo Switch and are short on lives, you might be delighted to learn that an exploit in the Wii U release is still present in the Deluxe as well and in this guide, we’re going to help you get as many lives as you could possibly need!

To start things off, first you will need  the pink Baby Yoshi, which is located near level 1-5 in the overworld. Once you have him, you’ll want to make sure he reaches a certain point in World 1-1.

After you and Yoshi have reached the area pictured above, you will want to drop him between the ledge and the green pipe before searching for a nearby Koopa Troopa. Be sure to jump on the enemy, pick up the green shell and then take it to the spot where you left the Baby Yoshi. Once you’ve done that, all that is left to do is to repeatedly jump on the shell over and over to get your 1-UPs.

As always, we hope you found this guide helpful!