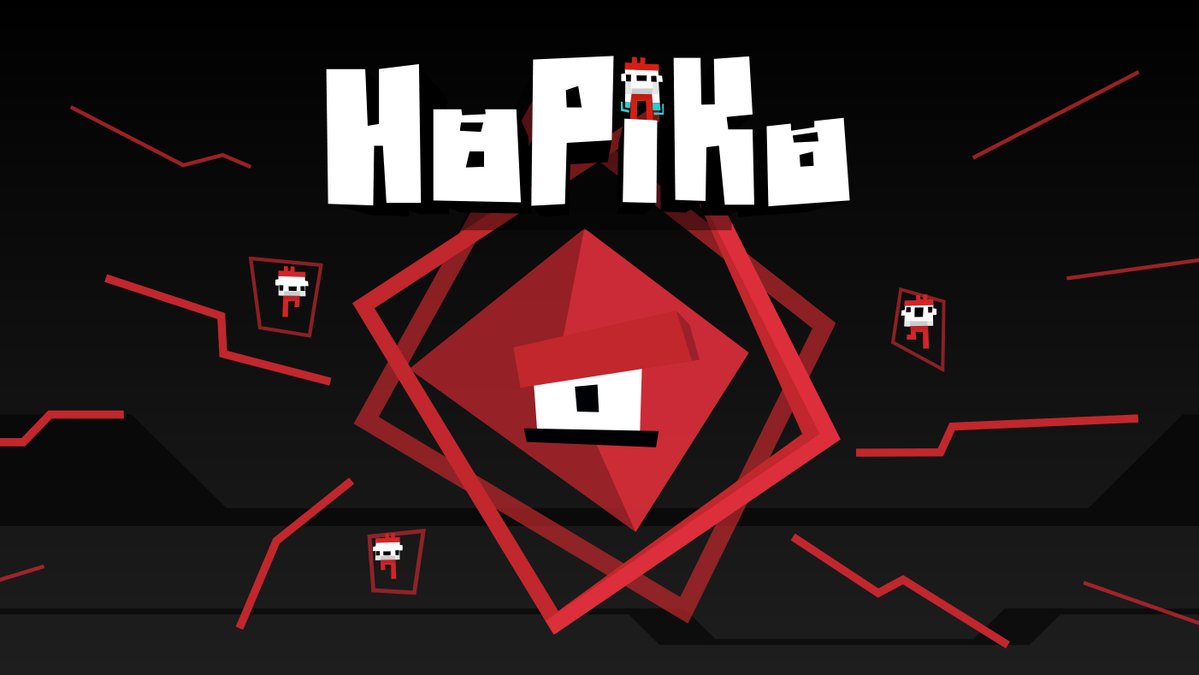 Meet the virus that not even Dr. Mario could cure!

Although not typically a fan of platformers, it only took me a single gameplay video to realise I was looking at something special. Developed by Laser Dog Games, it’s an intense platformer with plenty of speed running appeal. Plus, its premise isn’t too shabby either.

With a focus on gaming, the events of HoPiKo revolve around an evil nanobyte virus that is infecting game consoles and it’s down to players to “hook up their power gloves and save your HoPiKo brothers!”

As for how those stages are completed, players will need to leap from platform to platform and take advantage of any shortcut they can find, in a bid to launch their character into the big bad virus that awaits at the end of each stage.

Now, while that sounds simple in theory, executing it is the hard part. To properly complete each stage, you are required to complete it within mere seconds and while there are some levels you can hope to pause for a moment, get your breath back and work out your next plan of attack, there simply many stages where time is not on your side.

Some platforms move, others break and some will have enemies on them, which once they touch you, you’re dead and you will need to attempt to complete the entire run all over again.

To make things a touch harder though, each run also features a collectable video game console (looks like a Game Boy.) If you miss it, you will need to replay the entire run, just to try and get it the second time around. The good news however, is while these consoles require time to collect them, they can also give you more time to complete your current stage.

Furthermore, for players who find the game on the easy side, by completing all 10 runs in a given world, players can unlock a speedrun challenge that will have them to attempt to all 50 stages associated with the given world.

The only difference this time around is the fact you haven’t got to do it all in a single life. Every time you beat 5 stages, you’ll reach a new checkpoint so that when you die next, you can resume from your last checkpoint. Another mode you can acquire though for clearing all runs in a given world is a hardcore mode, which like speedrun, will have you attempt to clear all 50 stages and in the event you quit the challenge, your progress will be reset.

Other unlockables that players can earn, in between acing runs, is unlocking a bonus run for each world and acquiring more of the game’s 14 tracks that are just a masterpiece. In all its electronic wonder with the beeps and boops, the soundtrack goes hand in hand with the game’s pixel art aesthetic.

Not that there really is too much time to take in the sights since players eyes will need to be focused on what they’re doing and planning their next move, but the amount of variation that Laser Dog has managed to do with the game’s art direction and level design, is commendable and I especially love the striking palette swaps (I can’t get enough of the red and black levels.)

What really brings the game together though, is the gameplay and how little there actually is. As far as controls go, less is more, aiming is done with the right analog stick (you can always change it to the left if you want,) and the A/L/R buttons can be used to propel yourself at whatever you’re directly starting at, and for launching yourself from cannons.

So little to remember, yet, as basic as the gameplay is, when in the thick of it and you’re back is up against the wall, it’s surprising just how many times you will press A, when instead you should be aiming and releasing the left stick to fire when ready. Should you feel the game might sound a little too hard for your liking though, the good news is the game speed can be altered and a slower pace of the whole adventure is available, but so is a faster one.

Still, just because this is one arcade game that could get you to swear quite a bit or get agitated, it is certainly a compelling game that lovers of intense platformers need to play.

If frantic platformers are your thing, you will love HoPiKo. It is mental, vibrant and ruddy brilliant all the way through. Sure, it can be frustrating to begin with, but if you see the game through to the end, you will be rewarded with hyper-responsive thumbs thanks to all the time that is required to master this quick-fire extravaganza.