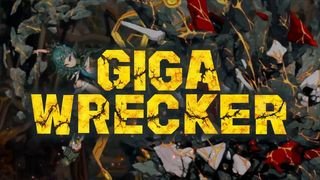 Giga Wrecker Alt Has Been Rated In Taiwan For Switch

Game Freak’s wreckage platformer Giga Wrecker Alt has been rated for Nintendo Switch in Taiwan. The game released on Steam back in 2017 and looks to be published by Rising Star Games. Giga Wrecker Alt wasn’t the first side project for Game Freak outside of the main Pokémon Games. The company previously released Pocket Card Jockey and HarmoKnight. They are also developing the upcoming game Town for Nintendo Switch as well.

For those of you that would like to know more about Giga Wrecker Alt, we have an overview of the game and a trailer below.

Giga Wrecker is a 2D action adventure game where you play as Reika, a girl who has the ability to manipulate debris and explore a world invaded by an army of evil robots.

– Mixture of exploration and physics – Smash down towering walls, use rubbles as platform and climb high cliffs… This game is an innovative mixture of physics and stage exploration.
– Combination of puzzle and action – Crush enemies with a falling object, think and choose the right weapon for the right situation…. you can enjoy the achievement of solving puzzles and gimmicks, beating traps and enemies.
– Special abilities – The player character has the power called ARCHE (ARms Creating and Handling Effect), the ability to construct various weapons using rubbles and scraps from broken objects. Each weapon has its own unique effect, so be sure to make full use of them to explore through the stages.