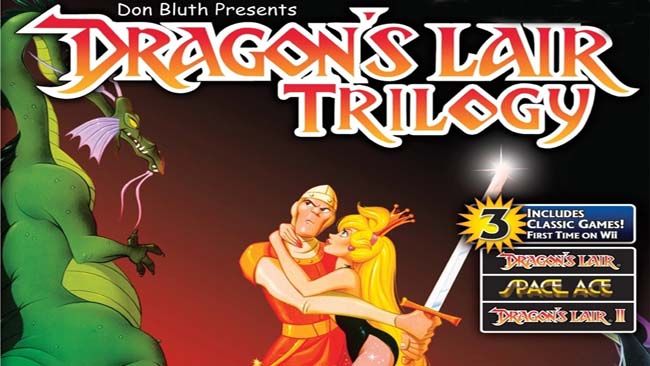 According to the European Nintendo Switch eShop, the interactive animated movie series Dragon’s Lair is coming to the Nintendo Switch next week on January 17th. Dragon’s Lair Trilogy comes packed with the three titles in the series including Dragon’s Lair, Space Ace and Dragon’s Lair II: Time Warp. The Dragon’s Lair series was created in the early 80’s by Animator and Director Don Bluth. It used Laserdisc technology and could provide good quality graphics that were superior than any other videogame in its era.

For anyone interested, we have an overview for Dragon’s Lair Trilogy below and a trailer:

In Dragon’s Lair, you play the heroic Dirk the Daring, a valiant knight on a quest to rescue the fair princess from the clutches of an evil dragon!

Space Ace will have you take control of Ace – Defender of justice, truth, and the planet Earth! Ace is being attacked by the evil Commander Borf. Struggle with Dexter to regain his manhood. Destroy the Infanto-Ray. Defeat the evil Borf! Be valiant space warrior, the fate of Earth is in your hands!

Dragon’s Lair II: Time Warp once again has you leading Dirk on a perilous quest! Spirited away to a wrinkle in time by the evil wizard Mordroc, Princess Daphne will be forced to marry the wicked Mordroc unless Dirk can save her. Once the casket of doom has opened, Mordroc will place the death ring upon Daphne’s finger in marriage, and she will be lost forever in the Time Warp.